OnlyOnAOL: Jenny Mollen's how-to guide to being a hot mom 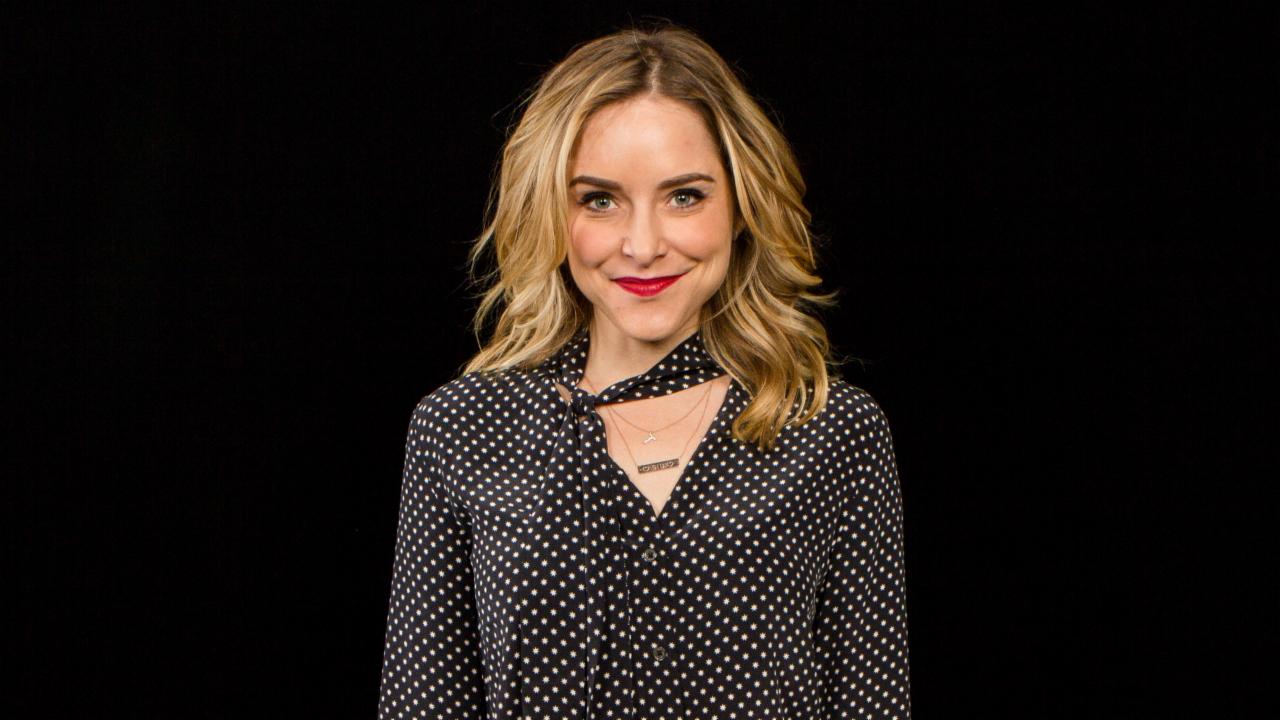 Motherhood equals rainbows and unicorns, peace and love, sunshine and rainbows, tantrums and puke and meltdowns and hissy fits.

When talking to actress/author Jenny Mollen, you bypass entirely the fetishized and glossy version of parenthood peddled by many of her peers. The author of the best-selling humor tome " Live Fast Die Hot" is married to Jason Biggs, with whom she has a son, Sid. He's cute. He's precocious. And he's also, at times, a spoiled tyrant who wants what he wants when he wants. Period.

We talked to Mollen about what it takes to retain some sense of self while raising a kid.

1. Just say no. "Don't give in to everything they want or they wind up controlling you. You have to follow through. If I don't do it, he has no respect for me. Jason is like, 'Distract him with a present.' No!"

2. Pour some sugar on him -- not. "Everyone wants to give your kid sweets. But no one has to deal with the aftermath of what that means. Set up right away when he's eating candy and cookies and (expletive)."

3. Plan, plan and plan some more. "When you're on an airplane, pack ten times more clothing for yourself and your child in your carry on, You need at least three outfit changes and you don't want to end up naked in your seat. You have to pack (stuff). If you don't, it screws you." 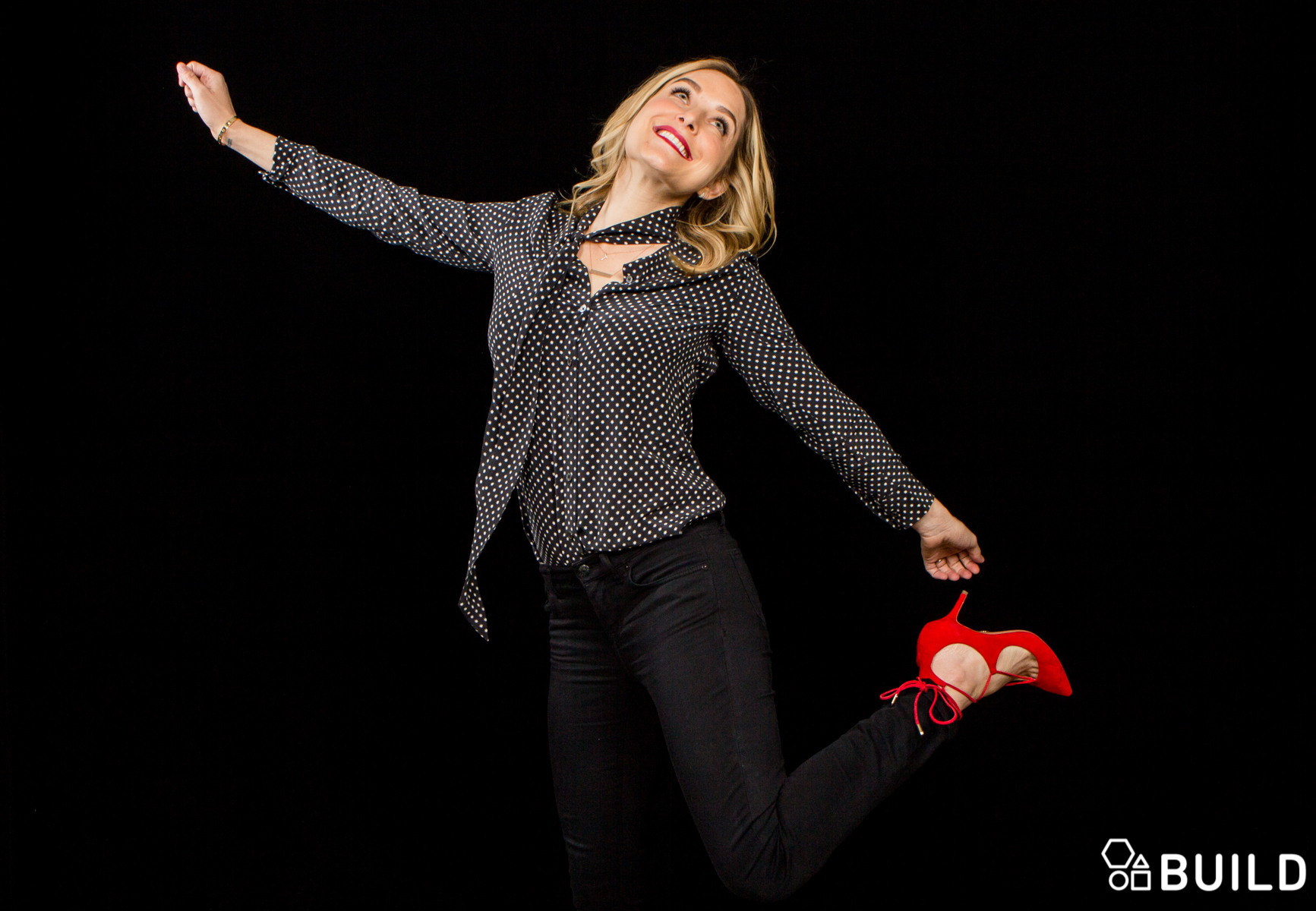 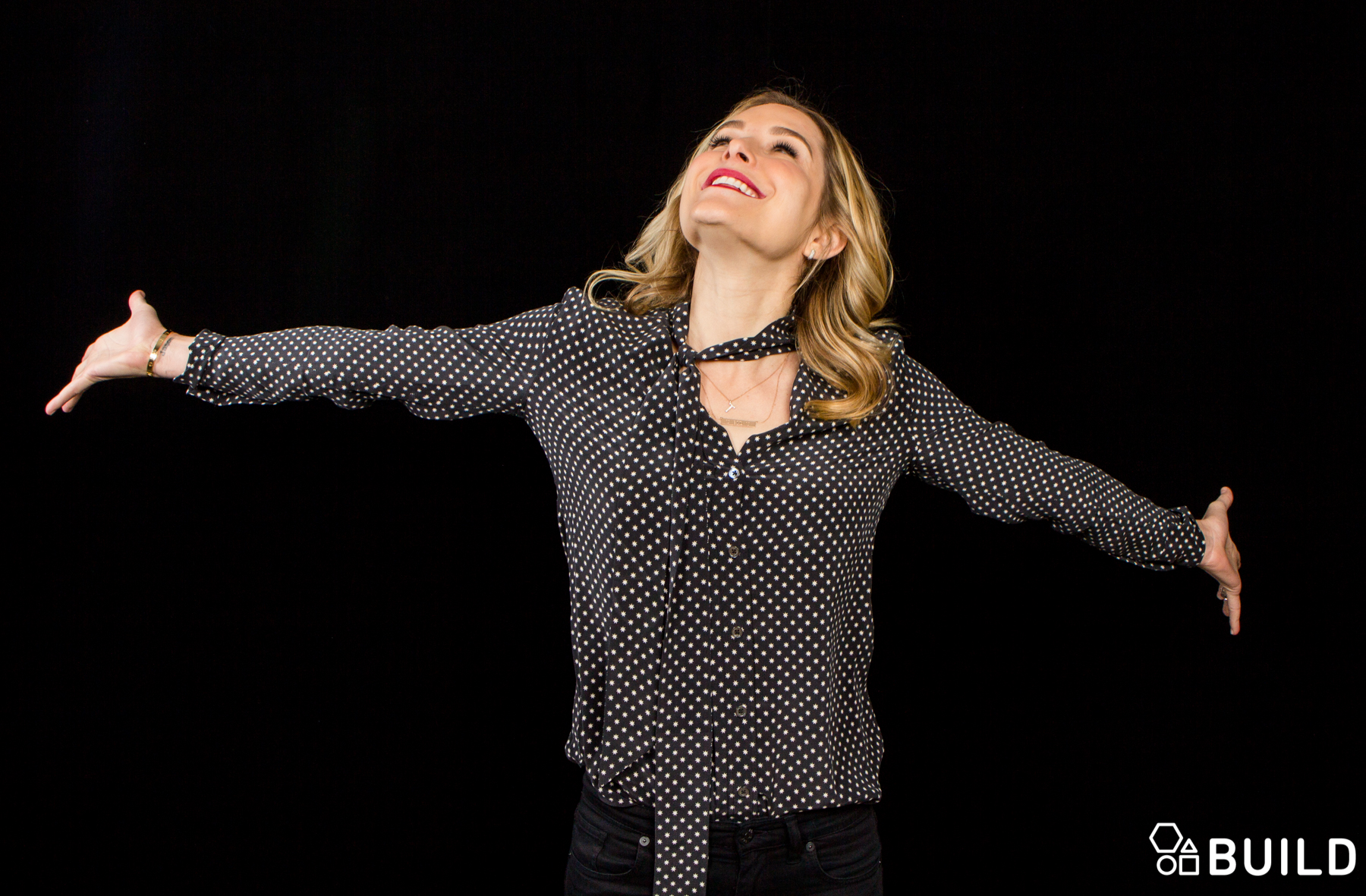 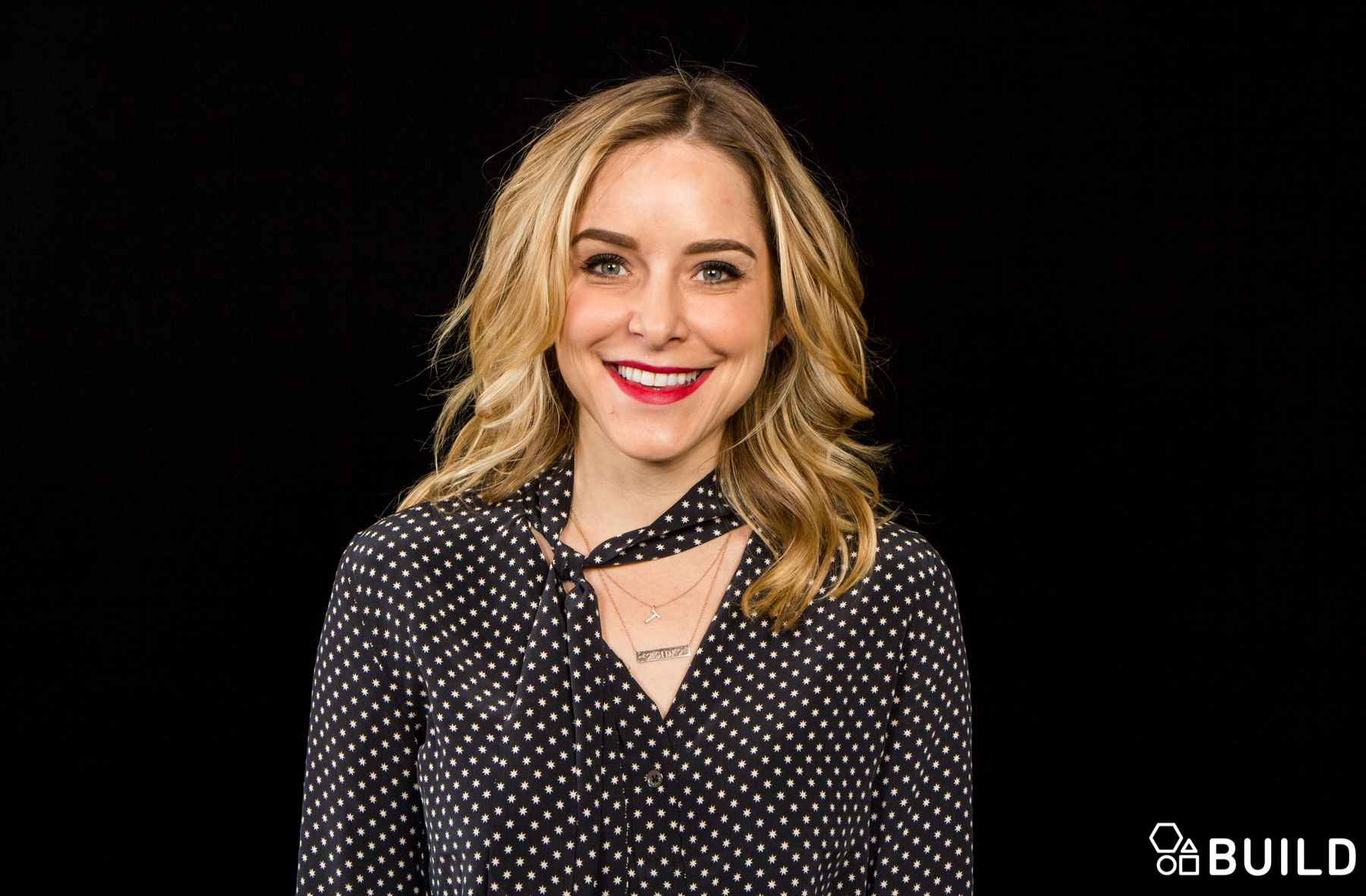 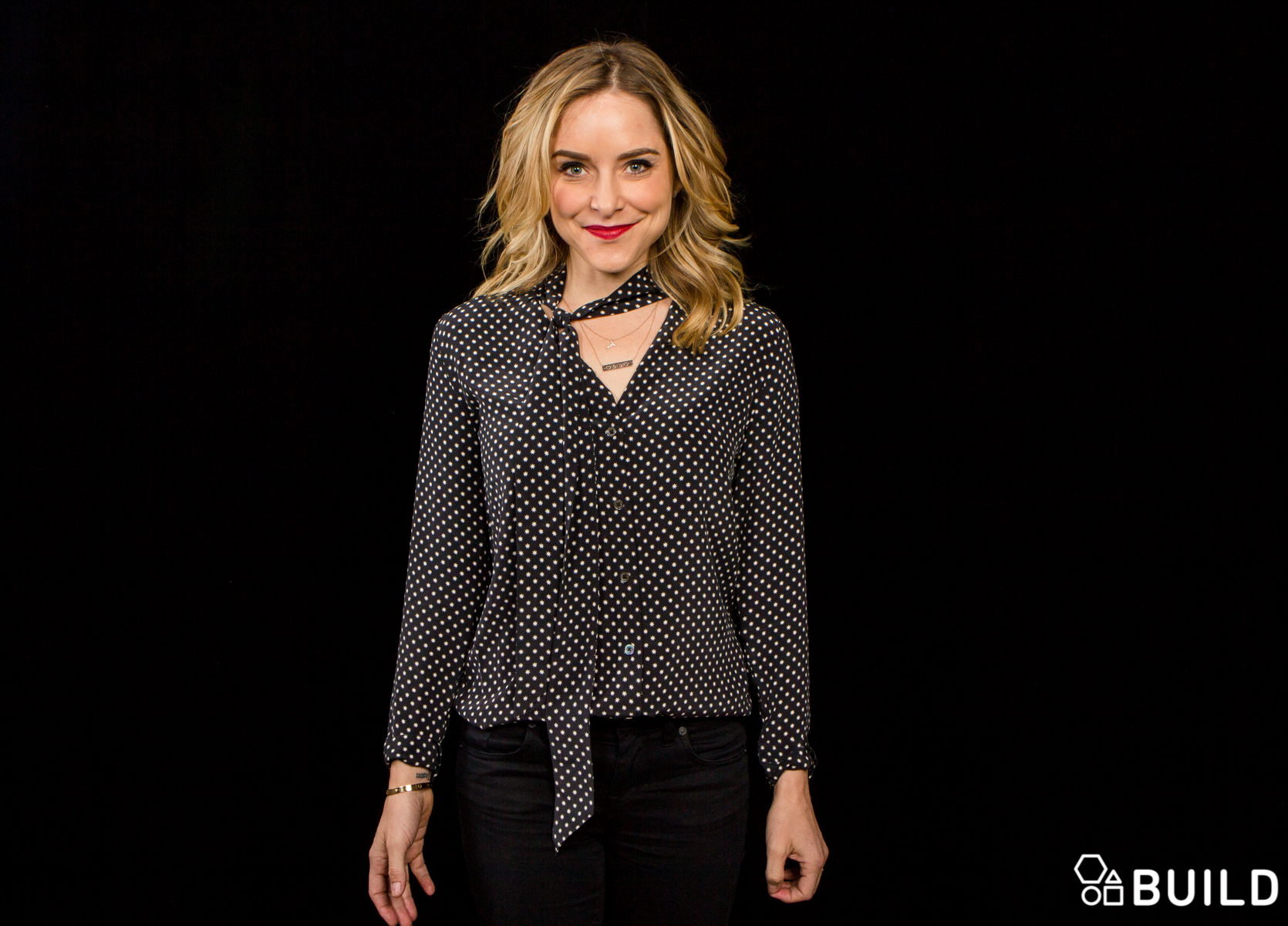 4. Be selfish when you need to be. "You have to take time for yourself. If you don't, you're being a bad parent. Sometimes I feel so guilty going to the gym. You don't want to be the kind of mom where your kids go to school and you have nothing going on but them. Now you're not just a stay at home mom but (killjoy). That's what happens. Now what do I do?"

5. Love yourself. "My mom was so all about herself. I don't want to be that mean. But I can't be the opposite of that, mommyhood embodied. It's finding that balance."

Adele Laurie Blue Adkins, known as "Adele," was born and raised in the projects of London.

"Today, the young mom completely rules the charts, churning out hit after hit that tugs on the heartstrings of kids and grandparents alike," writes Vivian Manning-Schaffel of Working Mother Magazine.

"Even with all her success, she recently told Vogue that being Angelo's mother is her most fulfilling achievement: '[Angelo] makes me very proud of myself. When I became a parent, I felt like I was truly living. I had a purpose, where before I didn't.'"

The "How to Get Away with Murder" star, who has racked up a few awards throughout her career, including two Tonys, a SAG award, and an Emmy, uses most every acceptance speech and other platforms "to stump for the advancement of women of color in hers and other industries," writes Manning-Schaffel.

Manning-Schaffel points out that Friedman has been climbing the rungs at Nasdaq for many years — "gradually ascending from intern to COO (as of late last year) and now running the day-to-day operations of the $9.5 billion company."

When asked by Fox Business what her biggest piece of advice was to other working moms, "she advised us to spare ourselves the guilt," Manning-Schaffel writes.

Friedman said: "I really believe that I've been a better parent from being a working mother. And so I wish I hadn't been burdened with that amount of guilt for so long. I wish someone had said, 'It's okay.' It's a matter of prioritizing your time so that outside of work you are there for the important things."

Queen Bey become the top earning woman in the music business in 2014 when she doubled her 2013 earnings to the tune of $115 million, according to Forbes. And last year, she made an estimated $250 million.

The most-nominated woman in Grammy history with 20 awards and 53 nods, Beyonce just released her latest album, "Lemonade," and was dubbed "the new political goddess" by CNN.

When she's not on stage or taking care of her daughter, Beyonce is focused on her business ventures, like Ivy Park — an athleisure brand she's launching in partnership with Topshop — and music label Parkwood Entertainment.

As the first woman to be named CEO of the largest professional services firm in the nation, this 30-year Deloitte veteran is in charge of $14.9 billion in revenue and 70,000 employees.

Engelbert has said she's "dealt with many companies that lack the strong commitment to women shown by Deloitte, stressing that it's important both men and women be honest about the time they take for their families in order to set a better precedent," Manning-Schaffel explains.

She told Fortune magazine: "We have clients that need to be served, but they're looking to us to be role models and leaders, and that's one thing I found in my career. Even clients were looking to see how I balanced it all, so I became more cognizant and made sure they knew when I was leaving. I coached my daughter's basketball team for four years, for instance, and I was not shy about it. I said when I was leaving for a practice or a game, and they respected that and used to come and say, 'I'm so glad you were honest with us because I didn't think I could leave for my daughter's dance recital, and now I know I can.'"

Twohill has been with Google for over 12 years. Under her leadership, Google's ad revenue rose to almost $67 billion in 2015 from the $59-plus billion the year before, according to Statista.

When asked by Fast Company how she transitions from work mode to kid mode, she cited the benefits of SoulCycle after work on Fridays: "It's a cleansing ritual. It makes me feel like I have earned my glass of wine. And when I walk into my home, I'm done. The kids take over, giving you hugs and telling you about their day. It's family time. Kids are the best way of balancing your life."

Clinton, who may be the first person to have both parents become President of the United States, is expecting baby No. 2 with husband Marc Mezvinsky while speaking out in support of her mother's presidential campaign.

"When asked by Elle how motherhood changed her life, Clinton replied: 'My whole life is reoriented around my daughter in the most blessed sense. I now understand — this is something else that Marc and I talk about all the time — all of the enthusiastic, bombastically spectacular, wonderful things people say about their children,'" Manning-Schaffel writes.

As a third-generation developer, Trump has lead "some of the highest profile deals of her father's (and grandfather's) real-estate empire, including a recent $250 million renovation of the Doral Golf Resort in Miami — not to mention the Trump Hotel Collection she founded with brothers Eric and Donald Jr.," notes Manning-Schaffel.

"But her biggest role to date is that of advisor to dad Donald's highly successful presidential campaign, noting that they speak as often as five times a day."

The daughter of Bernard Arnault, chairman and CEO of luxury conglomerate LVMH, "was groomed to dominate the world of fashion, with degrees from EDHEC Business School and the London School of Economics," Manning-Schaffel writes.

"Famously allergic to the spotlight, Delphine did let her affection for her newborn daughter show in a Wall Street Journal write-up: 'It's really been a revolution — an extraordinary thing. The greatest happiness in my life!'"

The Facebook COO began the "Lean In" movement and foundation to establish gender equality in the workplace and encourage women to support each other all the way to the c-suite.

"Though she suffered the tragic loss of her beloved husband a year ago, she spoke at the World Economic Forum in Davos, Switzerland, about the benefits of gender diversity in the workplace, the challenges of bias women face and how to get more women into leadership roles," says Manning-Schaffel.

As co-chair of the Stand Up for Kids campaign, Sandberg recently announced her goal to raise $7 million to end childhood hunger. She recently told her local NBC affiliate: "My children and I go regularly to distribution and we hand eight bananas to a family of five — that's for a month. We know we can do more."