Kevin Jonas and wife reveal gender of baby No. 2 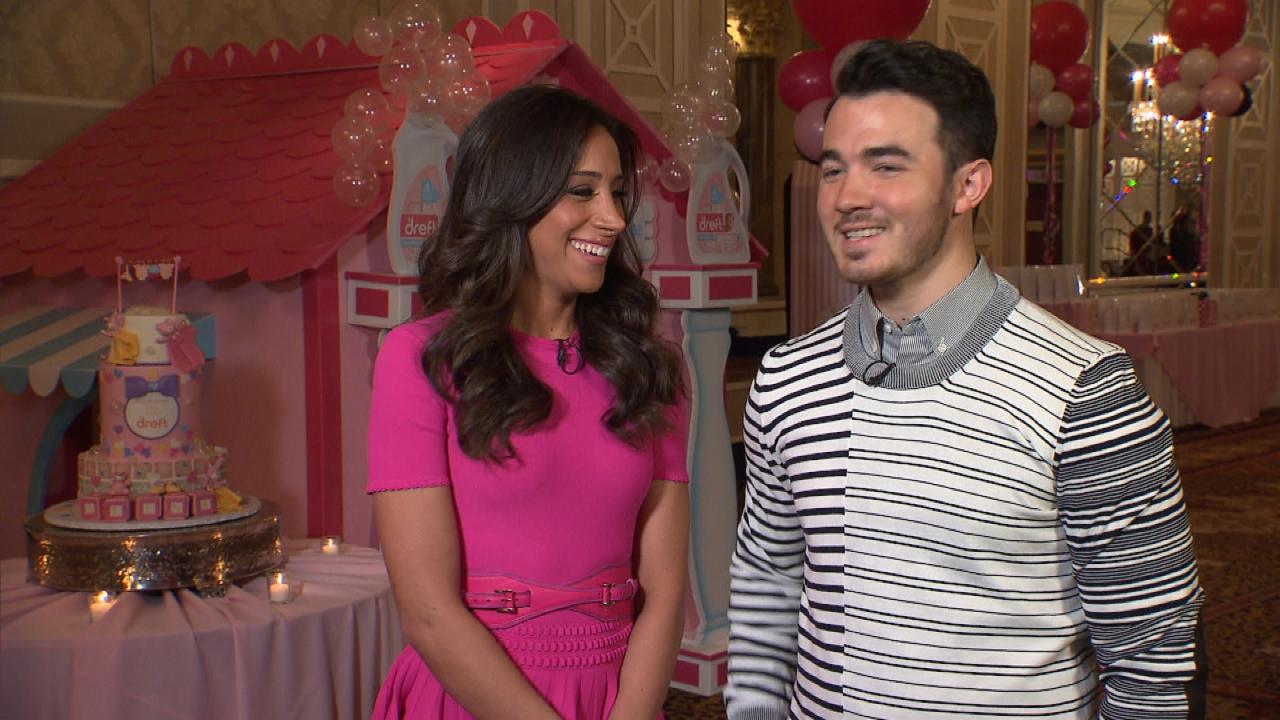 Forget the JoBros -- Kevin Jonas may want to prepare for a girl band.

The oldest member of the Jonas Brothers and his wife, Danielle Jonas, announced that their second baby on the way is a little girl. The couple made the announcement in an adorable post on Instagram.

"It's a girl!" Danielle wrote in the caption, while her pop star husband posted the same image, writing, "We're having a GIRL!!!!!!!"

The duo are clearly over the moon about their baby girl, and we be big sis Alena Rose Jonas is excited as well. The 2-year-old cutie was the proud little gal holding up the balloons in the picture.

Danielle also shared video footage of the announcement at a family gathering.

In the clip, guests are asked to guess, "Nuts or no nuts?" before the big reveal and are choosing between jars of M&Ms.

It's definitely a cute way to guess whether it is a boy or a girl. The pair shared that they were expecting another child earlier this year. The duo tied the knot in December 2009, before starring in their own reality series, "Married to Jonas."