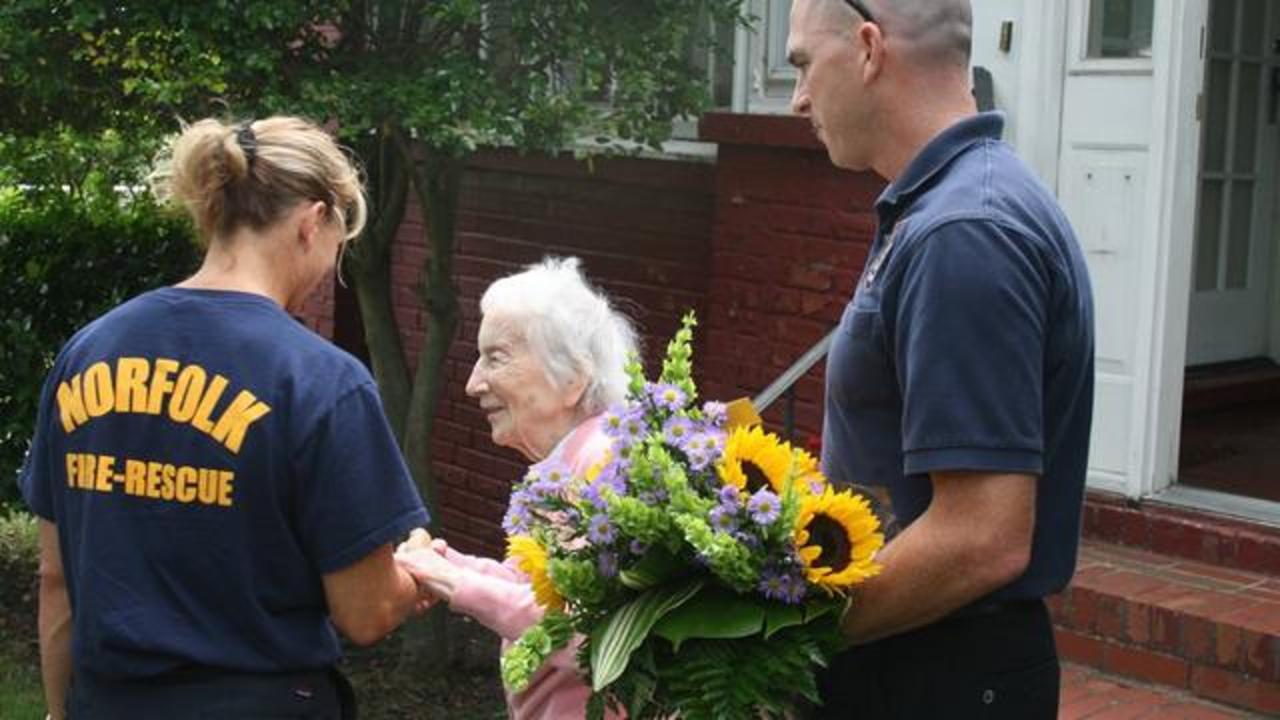 According to a post on the Norfolk Fire-Rescue's Facebook page, "Battalion 3, Engine 11, Recruit class 155 and a few members from training showed up on her door step to wish her a Happy Birthday."

The accompanying photos show her surprised reaction as she receives a bouquet of flowers and finds a group waiting for her outside.

The message further explains, "Norfolk Fire-Rescue has always been part of her life. Her late husband, Joe Carty served the city for 30 years, starting in 1942; as well as her nephew, Capt. David Bear and his father."

The post has since received hundreds of comments including numerous birthday wishes for Carty.

Many have also applauded the fire department for the thoughtful action.

More from AOL.com:
This guy landed a job at 'GQ' without an interview, thanks to a 20-page magazine-style resume
Ariel Winter flashes major underboob in sexy graduation dress
Sofia Vergara stuns in black bikini at summer BBQ