Best and worst dressed at the 2016 BET Awards 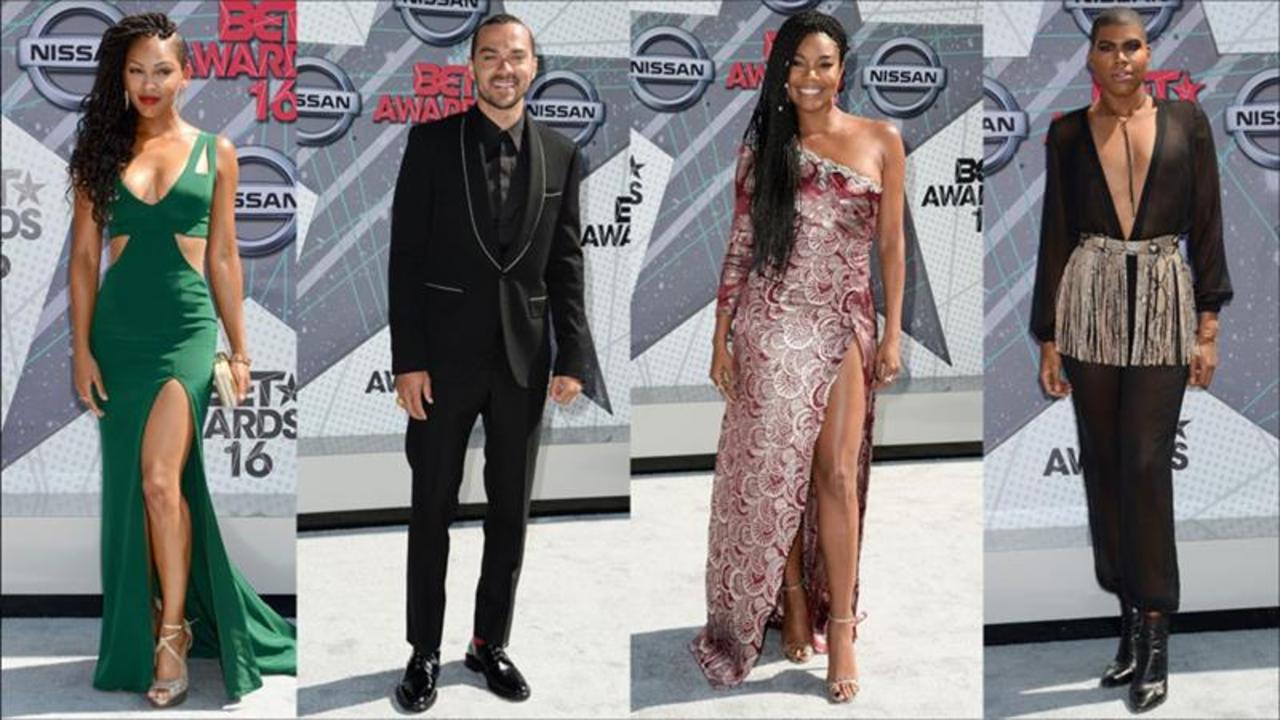 Stars attending the BET Awards on Sunday definitely didn't shy away from attention-grabbing fashion statements. The award show, held at the Microsoft Theater in Los Angeles on Sunday, quickly became a stomping ground for outlandish looks that left little to the imagination as well as showstoppers that had us clapping.

PHOTOS: See The Best and Worst Dressed at the 2016 BET Awards

BET Awards Best and Worst Dressed
WORST: Talk about leaving little to the imagination. Singer Tinashe definitely took the lingerie trend to a new level with a completely sheer dress with a choker that she paired with a black bra and a set of thong underwear. (Photo by Jason LaVeris/FilmMagic)
WORST: Yep, we told you Tinashe's look was just as shocking in the back!  (Photo by Jason LaVeris/FilmMagic)

BEST: Looking good, Fantasia Barrino! The "American Idol" star showed off her svelte physique in a nude gown with a phoenix pattern emblazoned on it. She's wearing wearing a spike earring and cross necklace (worn as a bracelet) by La Soula and a cuff bracelet by Tulah Jem. (Photo by Allen Berezovsky/WireImage)

WORST: Remy Ma nearly had a wardrobe malfunction in this tight-fitting white dress with a dangerously high slit and low neckline. Our eyes! (Photo by David Livingston/Getty Images)
BEST: Meagan Good struck the perfect amount of sexy and sophisticated in this emerald green stunner. The pop of red on her lips polished off the perfect look. (Photo by Paras Griffin/BET/Getty Images for BET)
WORST: We love that Tracee Ellis Ross took a risk with this number, but the color is just all wrong on her (especially when paired with neon shoes!) and the snakeskin print isn't our favorite. (Photo by Allen Berezovsky/WireImage)
BEST: Gabrielle Union turned heads with a brand new hairstyle at the award show -- and it went perfectly with her avant garde burgundy, one-shoulder dress. (Photo by David Livingston/Getty Images)
WORST: We're all for color, but Orlando Jones' outrageous getup was just a bit too much from the color wheel.  (Photo by Frederick M. Brown/Getty Images)
BEST: Janelle Monae knows how to make a fashion statement. The singer looked every inch the A-list star in a black and white striped suit, which was a fun play on her favorite shades.  (Photo by Frederick M. Brown/Getty Images)
WORST: Again, the lingerie trend is a hit this season, but Tisha Campbell-Martin didn't quite do it justice. The addition of knee-high boots makes this look more like a costume than a red carpet look. (Photo by Leon Bennett/WireImage)
BEST:  Nandi Mngoma looked incredible in this mermaid-style gown with sheer paneling along the bodice and a set of gold necklaces.  (Photo by Frederick M. Brown/Getty Images)
Up Next

Ruling the lineup for worst-dressed of the evening was singer, Tinashe. The "All Hands on Deck" star practically went nude to the show, sporting a completely sheer dress and a black thong and black bra. As she walked down the carpet, her entire, nude rear end was showing. Her wild getup was closely followed by Remy Ma, who shocked in a white dress that featured a plunging neckline and a scandalous front slit.

On the best-dressed list, Gabrielle Union and Janelle Monae were among some of our favorites. Each star went for unique styles without going over the top. Check out all the looks above.