Trump clarifies his stance on a Muslim ban, saying he'd ban only those from 'terror states' 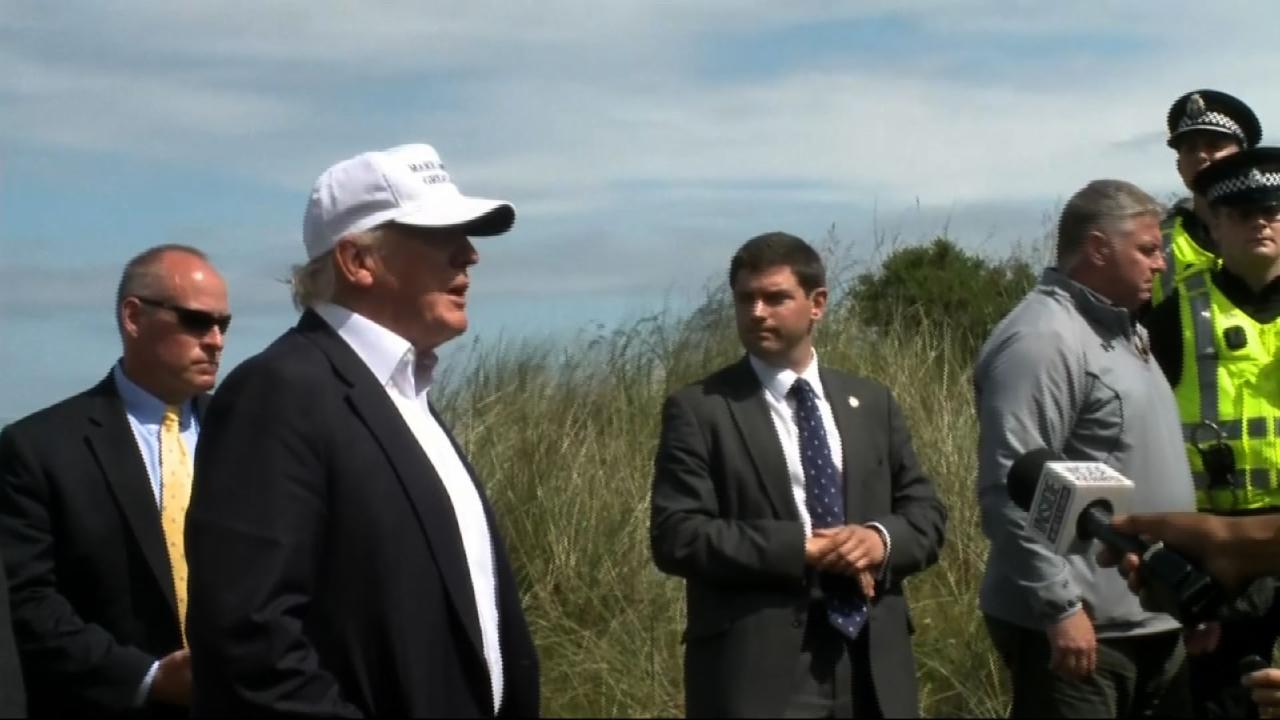 Donald Trump is still standing behind his proposal to ban Muslims from entering the US, but he clarified on Saturday that he would only seek to ban those from "terror states."

The clarification is in line with other statements the presumptive Republican presidential nominee has made in recent weeks, but is a significant departure from the blanket ban he proposed in December.

CNN reporter Jeremy Diamond, who is reporting on Trump's trip to Scotland, tweeted Saturday that Trump spokeswoman Hope Hicks clarified that he does not support banning all foreign Muslims — just those from "terror states."

Click through some of Donald Trump's most controversial Tweets:

It's unclear which countries would be considered "terror states," but Trump has said previously that the descriptor refers to places "where you have tremendous terrorism in the world — you know what those places are."

Diamond noted that Trump told reporters that it "wouldn't bother" him to have a Muslim from Scotland enter the US. Trump told Diamond that his administration would focus on "people coming from the terror states" and said "we are going to be so vigilant" with them.

Trump's finance chairman, Steven Mnuchin, told reporters that the ban is "not about religion," but "about Muslims from countries that support terrorism," according to Diamond.

In the wake of the terror attack at an Orlando nightclub earlier this month, Trump has renewed his talk of a Muslim ban. The proposed ban has been controversial during Trump's run for the Republican nomination, with some experts blasting it as unconstitutional.

Although Trump initially called for a "total and complete shutdown of Muslims entering the United States," he softened his rhetoric in recent months, saying the ban was "just a suggestion."

His campaign's chief strategist, Paul Manafort, said last month that Trump would "moderate" his stance on the proposed ban.

NOW WATCH: Donald Trump's 'strange' morning habit tells you everything you need to know about him