Kanye West explains his 'Famous' music video: 'It's a comment on fame'

Kanye West is speaking out on his latest piece of performance art.

The 39-year-old rapper debuted the official music video for "Famous," the first single off his The Life of Pablo album, on a 100-foot screen at The Forum in Inglewood, California, on Friday, and needless to say, fans were shocked, intrigued, and incredibly confused by the very NSFW visuals.

The provocative video features West and his wife, Kim Kardashian, sleeping and lying naked on a bed next to lifelike copies of George W. Bush, Anna Wintour, Donald Trump, Rihanna, Chris Brown, Taylor Swift, Ray J, Amber Rose, Caitlyn Jenner, and Bill Cosby. Throughout the clip, a night-vision lens pans over the famous faces and their body parts -- tattoos, nipple piercings, and all!

So, what does this mean? West told Vanity Fair it's just "art." In fact, he was inspired by a piece by realist painter Vincent Desiderio titled "Sleep," which some fans pointed out via Twitter during the TIDAL live stream.

"Sleep" by Vincent Desiderio side by side w/ Kanye West's "Famous". pic.twitter.com/Ae69a4v69M

According to West, it took about three months to film the video, and he was still making edits less than 24 hours before the scheduled premiere. To keep it top-secret, West only showed his work to a handful of celebrity pals. "Guess what the response is when I show it to them? They want to be in the bed," he revealed.

Kanye West through the years:

As for how much of the images are real, well, West is leaving most of that up to the viewers' imaginations. He apparently achieved the result he wanted, "[leaving] you guessing as to which of the celebrities are really playing themselves and which are presumably only there by the grace of some advances prosthetic wizardry," the article stated.

Though West didn't specifically address Swift in the interview, he said the track's most infamous line -- "I feel like me and Taylor might still have sex. Why? I made that bitch famous" -- was pre-approved by Kardashian.

"[I say] a lot of lines other wives would not allow a husband to say," he said. "But my wife also puts up photos that other husbands wouldn't let them put up. One of the keys to happiness in our marriage is we're allowed to be ourselves."

In the latest issue of GQ, Kardashian said that Swift "totally approved" the line. Back in February, the "Bad Blood" singer's publicist told ET in a statement that "Taylor was never made aware of the actual lyric, noting Swift "cautioned him about releasing a song with such a strong misogynistic message."

While speaking with VF, West also noted that despite once tweeting, "BILL COSBY INNOCENT !!!!!!!!!!," he is "not in support or anti any of" the celebrities that appear in the video, all of whom he thanked in the end credits for "being famous." "It's a comment on fame," he explained.

While the "Gold Digger" rapper had beef with Bush in the past -- he once stated that the former president did not care about African Americans -- West admitted that he could see the two being pals. "Maybe in some alternative universe me and George Bush could have been friends," he said. "I could have been his O.J. Simpson black friend on the golf course."

A majority of the celebrities featured in the video have remained silent so far, but Chris Brown quickly took to Instagram following the live stream to share his opinions on West's controversial project. "Why I gotta have the plumbers butt/crack showing WAX figure?" he captioned a screenshot from the video. "This n***a KANYE CRAZY, talented, but crazy."

Aside from Kardashian, none of the stars of the video attended the sold-out event, but the crowd was packed with plenty of West's other famous friends. Kourtney Kardashian, Scott Disick, Kylie Jenner, Tyga, Kris Jenner, Corey Gamble, The Game, 2 Chainz, Desiigner, and Travis Scott were just a few of the stars cheering and dancing along with the audience.

"As soon as it was over, everyone applauded and stood up and faced Kanye, who had a gigantic smile on his face," an eyewitness told ET. "The crowd went wild, and West played the video once more, receiving an even better reaction the second time around."

ET has reached out to Swift, Rihanna and Ray J. Ray J has no comment.

As we patiently wait to see what West pulls off next when he kicks off his Saint Pablo tour in August, watch the video below to hear the latest update on the West vs. Swift lyric drama. 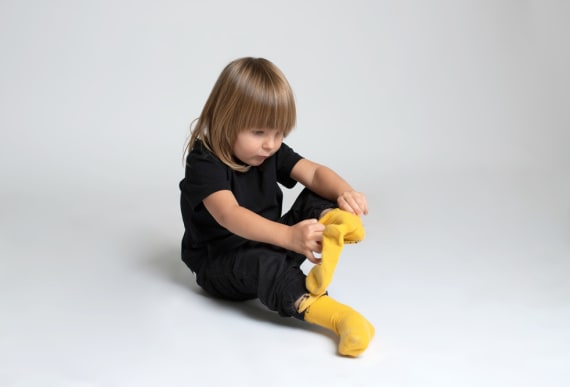