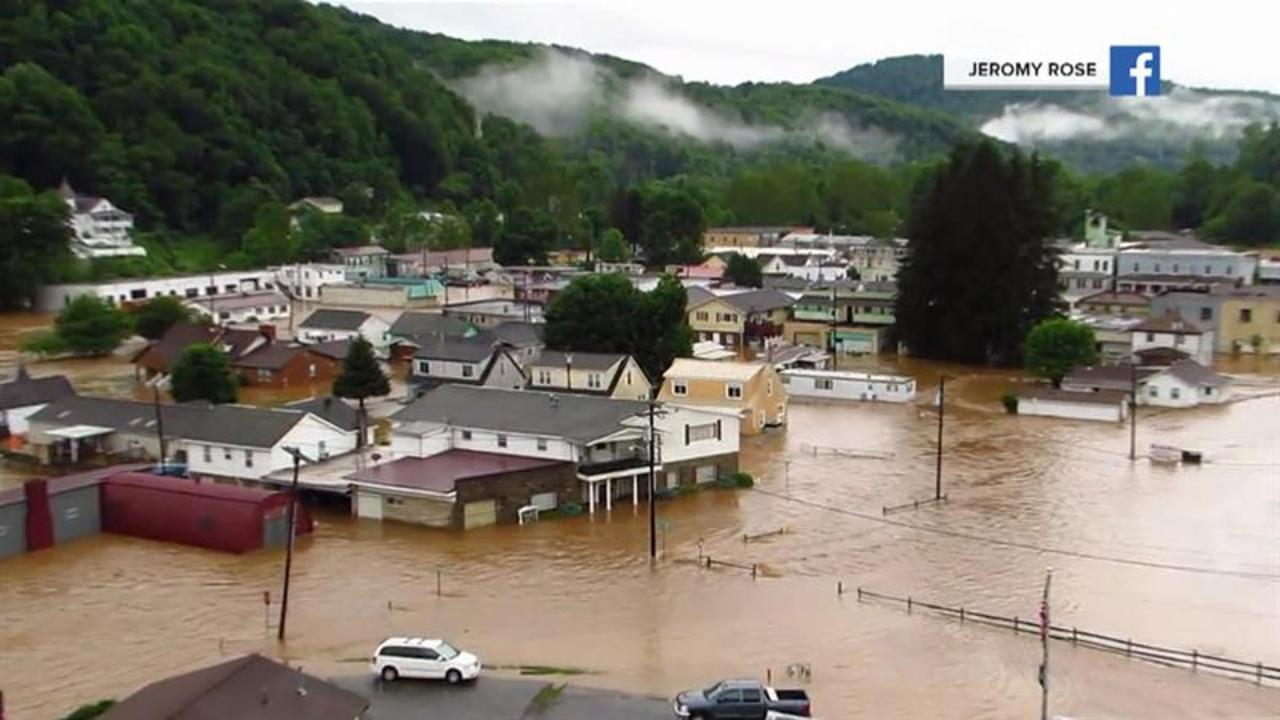 Four people were killed and a toddler remained missing after powerful storms swamped West Virginia on Thursday night, cutting power and plunging hundreds of thousands of people into darkness.

Officials said Friday morning they were continuing to focus on rescue operations after a boy — believed to be 2 to 4 years old — was swept away by waters in Ravenswood, which sits along the Ohio River on the Ohio border.

"There have been no sightings of the missing child at this time," the Jackson County Sheriff's Department said late Thursday night.

Three deaths occurred in Kanawha County, where the capital of Charleston is located, while a fourth death occurred in Ohio County in West Virginia's northern panhandle, the governor's office said.

Officials did not immediately identify the victims, although local reports said one of those killed was an 8-year-old who had slipped into a creek in Ohio County and was carried away. He later died at a hospital, The Intelligencer reported.

Meanwhile, an elderly man was killed in the floodwaters in Kanawha County, while a woman there was washed away in her vehicle in another incident, NBC affiliate WSAZ reported.

In one dramatic scene in White Sulphur Springs in the state's south, where up to 10 inches of rain fell Thursday, the flood waters pushed a burning home down the Howard Creek.

Forty-four counties, primarily in the southeastern part of the state, were under a state of emergency Thursday night because of flood waters, emergency officials said. Electric utilities reported that almost 500,000 customers were without power.

"We surely need your prayers because there's a lot of people hurting right now," Jim Justice, owner of the luxury Greenbrier Resort, told The Weather Channel.

Kanawha County was especially inundated, and dozens of water rescues were under way in and around Clendenin, where numerous roads were closed by racing flood waters, WSAZ said.

"There's been a ton of areas that have been hit hard" by as much as 7 inches of rain, said Danielle Banks, a meteorologist for The Weather Channel.

Mark Burgess, wife Lisa and parents-in-law Bill and Peggy Lucas were occupying the second floor of their home in Elkview when the waters started rising at around 1:30 am ET.

Mark Burgess told NBC News on Friday morning there was about four feet of water, "but it has stopped going up now."

He said it was the first time that residents have witnessed such flooding. "My mother-in-law has lived here for 80 years, and this never happened before," he said.

"There is nothing you can do," he added. "We can call for help if it's too deep, but it's OK right now."

In neighboring Virginia, thousands were also without power, utilities said.

Record floods were forecast overnight Thursday along the Jackson River in the areas of Covington and Alleghany County. The state Department of Emergency Management urged residents of those areas to be ready to evacuate on short notice.

"It's really bad. There's a raging river," Alleghany County Chief Sheriff's Deputy Matt Bowser said. "There's 500-gallon oil tanks and trash cans and gas cans and tree trunks floating down the river where people's backyards are. You can see people in the second-story windows waiting to be evacuated."

The fierce rain was caused by a "derecho" weather system that spun off at leasteight confirmed tornadoes Wednesday in Ohio and northern Illinois on Wednesday evening and Thursday morning, the National Weather Service said.

The NWS said late Thursday that the system was dissipating rapidly and that many watches and advisories had been canceled.