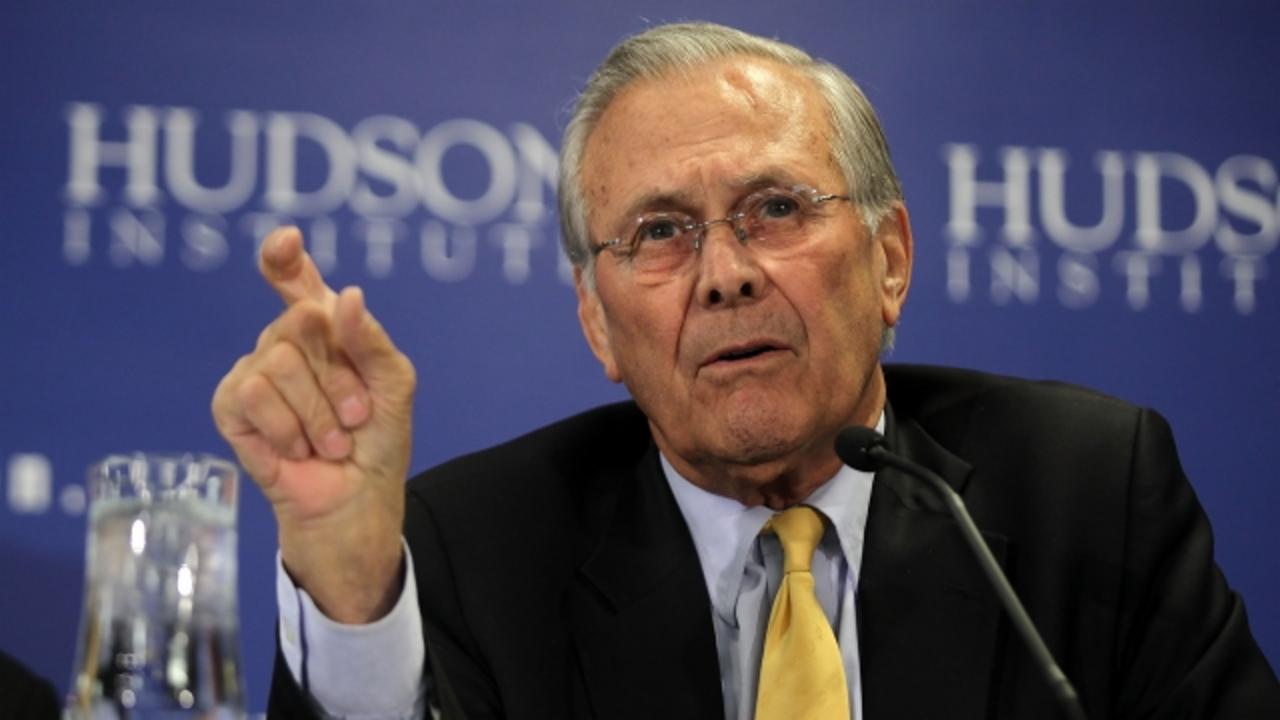 Former Secretary of Defense Donald Rumsfeld says he's going to vote for Donald Trump, but he's not calling it an endorsement.

"I'm a Republican. I don't expect that I should agree with everybody on everything. With two great political parties, there's bound to be a range of views. And I wouldn't, I could not vote for Mrs. Clinton," Rumsfeld said on Fox News.

Rumsfeld didn't call it an endorsement because he says no one asked for one.

Donald Trump, however, was happy to give it that title, tweeting: "Thank you to Donald Rumsfeld for the endorsement. Very much appreciated."

"Can I see the person who gets elected by the American people serve as president of the United States? Why, my goodness, we've been doing that for so many years. You bet," Rumsfeld answered.

In the interview with Fox News, Rumsfeld referred to presumptive Democratic nominee Hillary Clinton as a "known known" and Trump as a "known unknown."

But with Trump being the only Republican candidate left standing, apparently the idea of a President Trump is easier to swallow than a second President Clinton.