Simmons and Ingram expected to go 1-2 in NBA Draft, but then what? 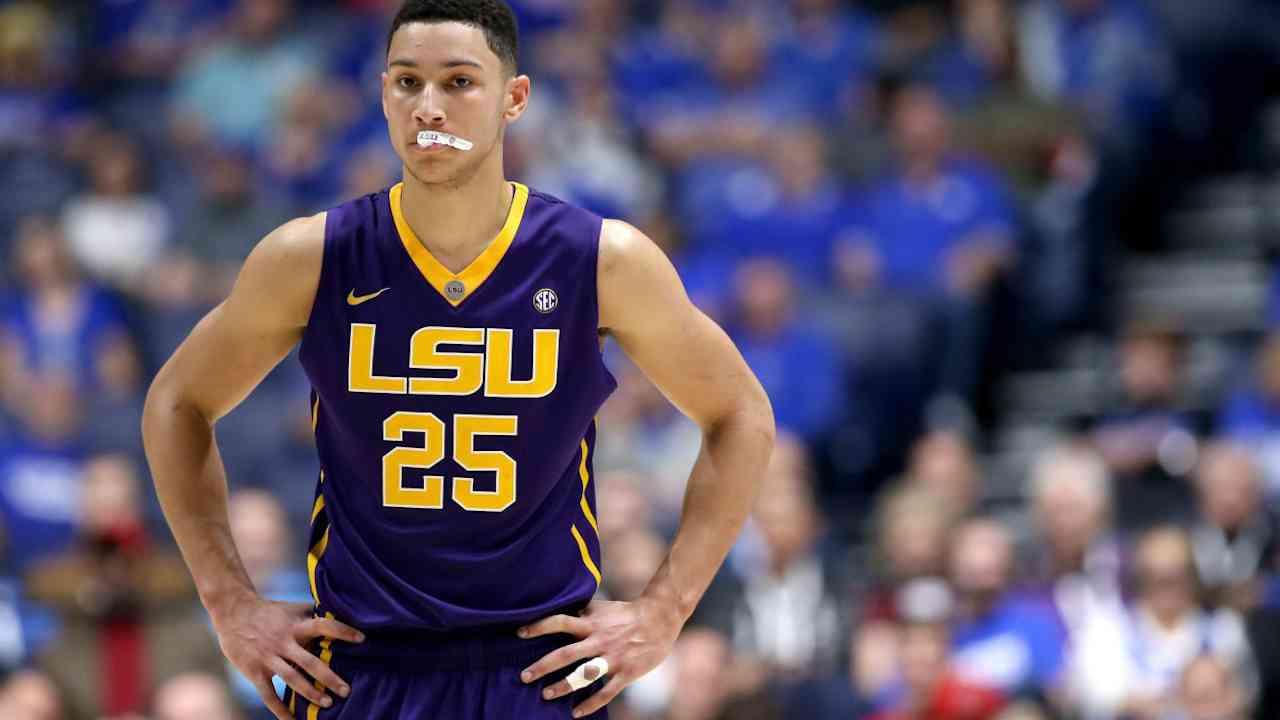 Ben Simmons and Brandon Ingram are the consensus cream of the crop in Thursday's NBA Draft, making the Philadelphia 76ers and Los Angeles Lakers the likely winners of the night that can shape league futures.

The 76ers own the first choice and reports have surfaced that they have settled on Simmons, a 6-foot-10 power forward from Louisiana State University, who can grab a defensive rebound and lead the break with his great passing touch.

"He's got an NBA body and he's got some skills that are NBA skills, definable NBA skills," 76ers president of basketball operations Bryan Colangelo said. "When you put that size and skill together, it's generally a pretty good package."

The Sixers have made a fetish of collecting promising young talent with high draft picks from poor regular season records, but through injuries and a lack of veteran presence on the team have struggled to improve on the court.

Philadelphia also hold the 24th and 26th picks of the first round.

Selecting second are the Los Angeles Lakers, who begin their post-Kobe Bryant era with the expected selection of Duke University's Ingram, who is a scorer from the small forward position with a good jump shot and strong moves to the hoop.

There are a batch of other highly regarded prospects that follow, though they seem a notch below Simmons and Ingram as projected impact players.

The next tier of incoming talent include shooting guards Jamal Murray of Kentucky, Buddy Hield of Oklahoma and Jaylen Brown of California.

The top point guard from the college ranks is projected to be Kris Dunn of Providence, while highly touted power forwards include Dragan Bender of Israel and Marquese Chriss of Washington.

The Boston Celtics, who own eight picks in Thursday's two-round draft, have the No. 3 overall pick, and may be shopping that selection to add some NBA-ready players.

The top center in the draft is likely to be 7-foot-1 Jakob Poeltl of Austria, who was a second-team all-American during his college days at Utah, where he averaged 17.2 points and 9.1 rebounds a game.

We're trying to hold judgement given he's still just 22 years old, but it's not looking too bright for former No. 1 overall pick, Anthony Bennett. The Cavaliers dealt him to Minnesota in the Kevin Love trade, and after averaging five points per game over 57 contests last season, the forward is on the trading block again. It's unfortunate that Cleveland selected him in a position he had no business going, and ruining his mental stability in the process.

Thought of in the same breath as Kyrie Irving during the months leading up to the 2011 draft, Derrick Williams eventually got scooped up at No. 2 by the Minnesota Timberwolves. The freakishly athletic forward has never been able to make his talent translate to the pro game after dominating at Arizona. He's on his second NBA team, averaging nine points over his first four years.

A sixth-overall selection, Robert "Tractor" Traylor never amounted to the star Milwaukee drafted him to be. He spent just a pair of seasons with the Bucks, averaging 4.5 points in 13 minutes before moving on to the Cavaliers and Hornets. One of the league's most imposing figures averaged five points over his seven pro seasons.

"Mr. Basketball" in Indiana during his high school days, Jared Jeffries was the 11th overall pick in the 2002 draft by the Wizards. He actually managed to bust twice, averaging just six points and five rebounds with the Wizards, then garnering a five-year, $30 million deal from the Knicks -- where he posted even lesser numbers.

And to think the Timberwolves went out of their way to sign this guy to an illegal contract. The 1995 No. 1 pick got off to a fine start over this first three year swith the Warriors, but it was all down hill from there. Joe Smith spent 16 years in the league with 13 different teams, averaging 11 points and six rebounds. Not bad, but for a first-overall pick, not good.

Even in the famed 2003 draft class, the Knicks still managed to disappoint with their ninth-overall selection of Georgetown big man Mike Sweetney. Listed at 275 pounds as a rookie, Sweetney ballooned to 450 by the twilight of his NBA days with the Celtics. In two years with the Knicks, he averaged seven points and five rebounds.

The second of three point guards not named Stephen Curry selected by Minnesota in 2009, Jonny Flynn was taken with the sixth overall pick. Flynn held down the point guard position in Minnesota during the late 2000s, and it didn't go as planned. The Syracuse product actually performed so-so in his rookie year, when he started 81 games, but tailed off dramatically after. He's been out of the league since 2012.

Going eighth overall in 2008 out of West Virginia, Joe Alexander showed us one of the most swift exits from the NBA ever. After a sub-par rookie season in Milwaukee, he was shipped out to the Bulls, where he eight games in 2009-10 before falling out of the league all together.

The mustached man out of Gonzaga lasted just four years in the pros before falling out of the league, averaging just 11.5 minutes per game after his rookie season. But the 6'8" forward is a two-time NBA champion, watching from the bench as his Lakers teams won back-to-back titles in 2009 and 2010.

With Michael Jordan still on the board in 1984, Portland selected then-promising big man Sam Bowie with the second overall pick. Battling injuries, he played in just 139 games over five years, posting 10.5 points and 8.1 rebounds over his Blazers tenure. He spent more than a decade in the league as a serviceable role player, but will rest in basketball lore as one of the biggest busts in sports history -- thanks to MJ.