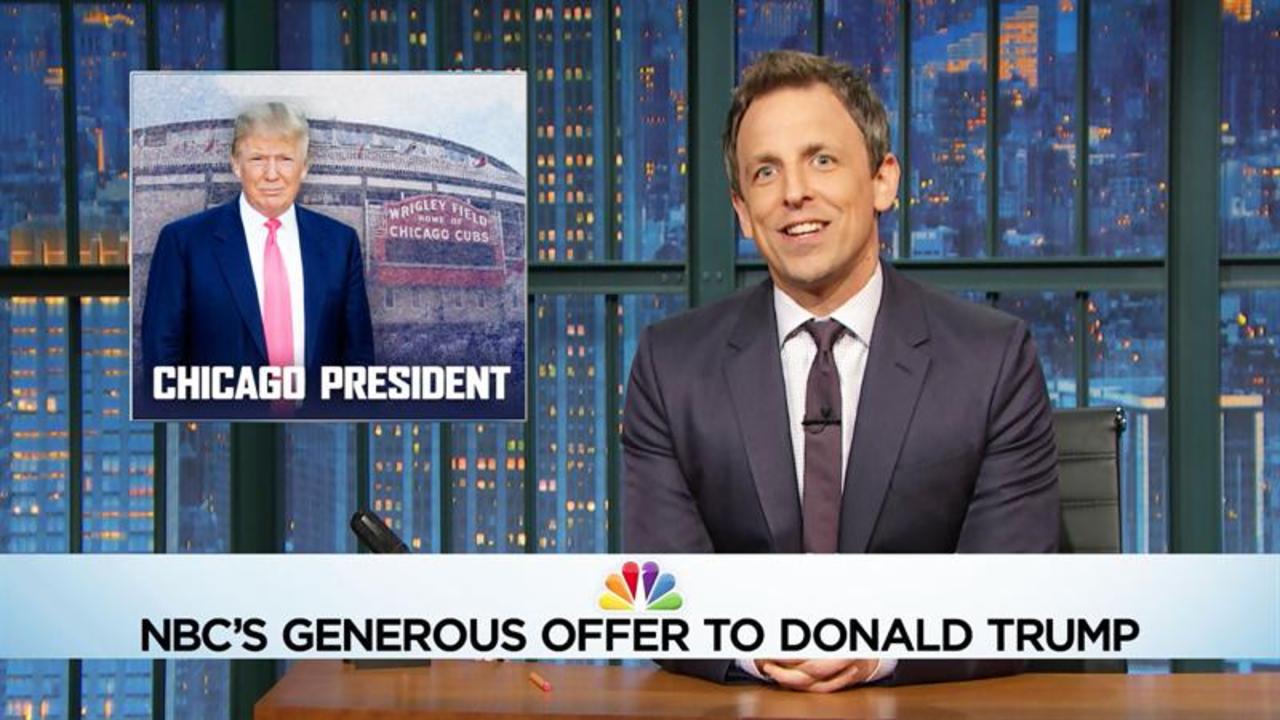 Donald Trump is having a blast running for the presidency, but actually being president can be a heckuva pain, so last week Seth Meyers offered Trump an out: Be the president ... on an NBC television program called Chicago President. On Wednesday's Late Night, Meyers sweetened the pot, throwing out some casting suggestions he knew Trump would love. Meyers suggestions include Megan Fox as Trump's (first) wife, former Fugitive Harrison Ford as lady on the lamb Hillary Clinton, and Bill Cosby as Barack Obama. Of course, TV isn't even really TV anymore without flashbacks, so Meyers went with the natural choice to play Trump's younger self: Bradley Cooper. It's the eyes.