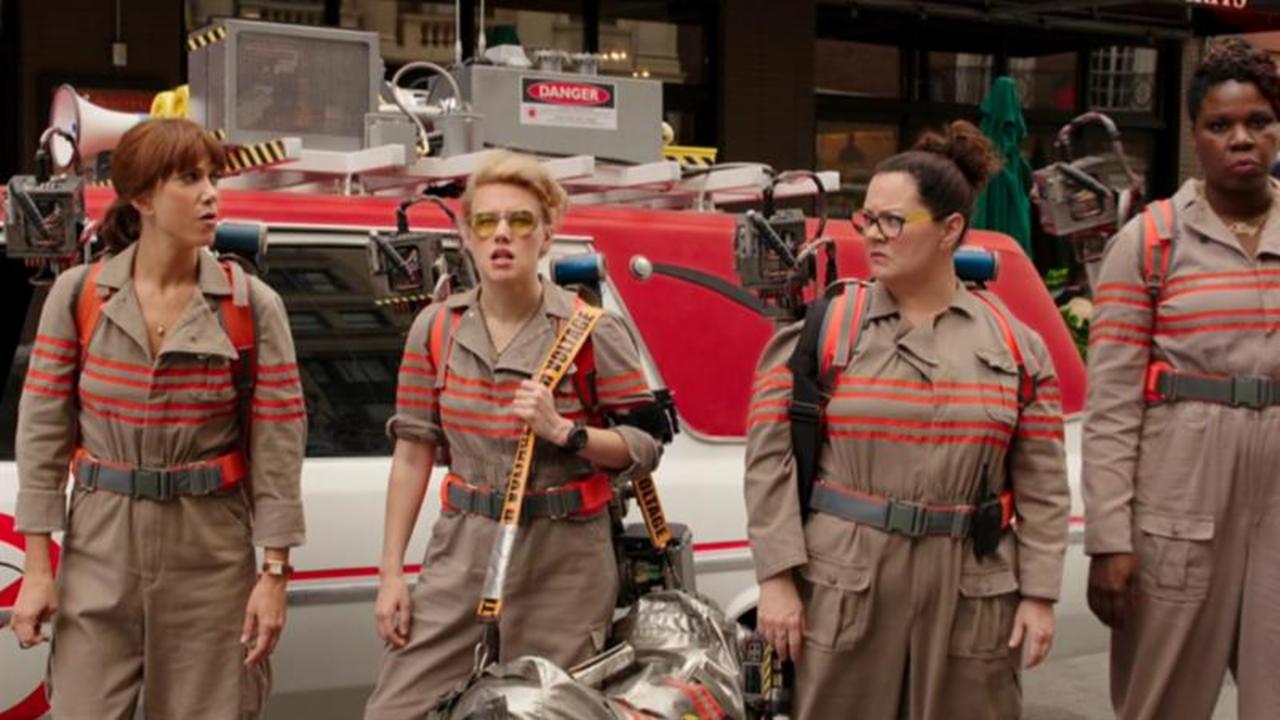 As if further proof were needed that this isn't your dad's Ghostbusters reboot, Fall Out Boy and Missy Elliott have stepped up to give Ray Parker Jr.'s shiny, happy 1984 theme song a radical, rocking remake. In place of Parker's bright horns and teasing take on the "I ain't afraid of no ghosts" hook, FOB turn the song into a truly scary event with ominous beats, squealing guitars and singer Patrick Stump's straining, urgent vocals.

Listen to it now:

Check out more from the "Ghostbusters" gals in the gallery below.

More on AOL Entertainment:
Watch as J.K. Rowling talks about her new hero in 'Fantastic Beasts and Where to Find Them' video
Macklemore and Ryan Lewis go to work in office remix of 'Dance Off': Watch
Britney Spears is 'twirling for all the haters' under a waterfall because YOLO
Tags
Read Full Story