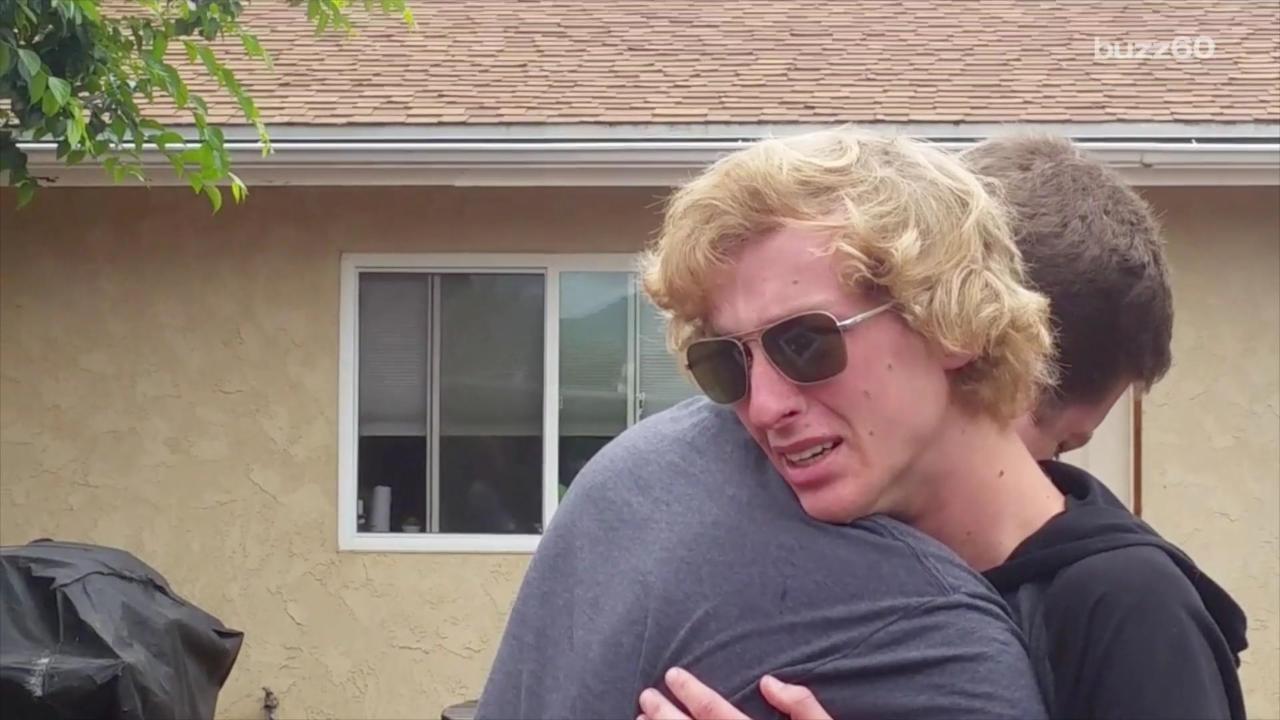 An emotional video posted on YouTube on Tuesday of two colorblind brothers seeing the world in a new shade for their first time ever has gone viral, destroying tear ducts and mascara around the web.

Thanks to a pair of EnChroma glasses, a specialty eyewear that "alleviates red-green color blindness, enhancing colors without the compromise of color accuracy," brother's Jimmy and Jace were able to view a brightly colored towel and balloons the way the rest of us have been able to see them for our whole lives.

Needless to say, they were moved to tears at how beautiful la vie in rose really is.

"That towel..." he continues, eventually trailing off in a complete loss for words.

By the end of the four-minute video, everyone involved, including both of the boys, their parents, and their other brothers, are openly sobbing at the beautiful event.

Watch the entire scene unfold below, but not until you have tissues at hand.

We're glad the new specs have improved their vision, because we currently aren't able to see anything through our tears.

Colorblind boy and grandpa EnChroma glasses
Up Next

More from AOL.com:
Bubba Watson spends rain delay hanging out with his son
Kylie Jenner posts sexy selfie in nude two-piece bathing suit
6 email phrases that will get you flagged at Goldman Sachs