5 things Americans spend a ridiculous amount of money on 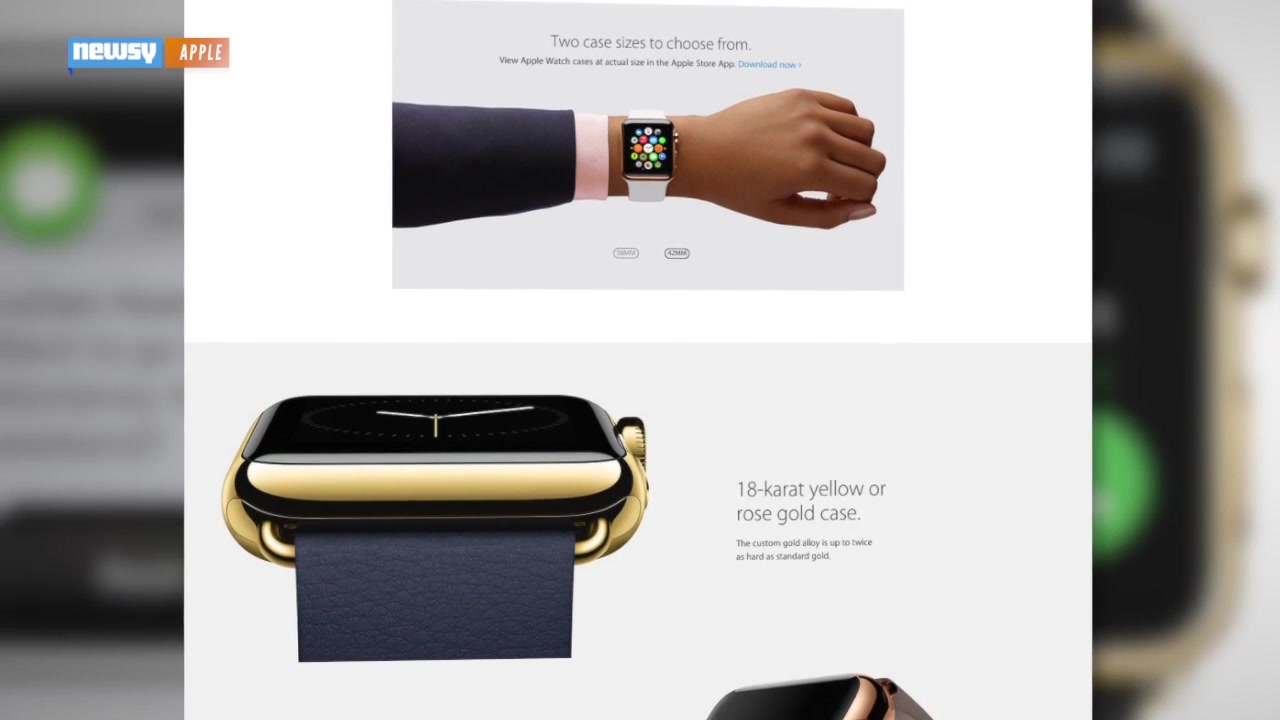 The average American isn't rich by any means — they took home $44,569.20 in 2014, according to the Social Security Administration — but they sure do know how to spend.

From weddings to rent to bank overdraft fees, Americans' budgets take a hit in all sorts of ways. At first blush, you might even say we spend more to cover the basic costs of living than on recreation (you can go here for easy steps to get control of your finances).

Spending more than your budget can handle is never a good idea, as this kind of behavior can put you in debt and wind up hurting your credit score. (Not sure where you stand? You can view two free credit scores on Credit.com.) With that in mind, read on to see where our money is going.

With that in mind, read on to see where our money is going.

Suffice it to say Americans spend way a lot on their wedding. And by a lot, we mean an average of $26,444. Pricey, right?

As we've reported, the average bride spends more than $1,200 on her wedding dress. Then there are the additional associated costs like tickets for bridal shows. Did we mention bridal gowns cost even more when they're designer?

For those who thought young adults were the only ones showing reluctance to purchase a home, think again: Americans in every age group under 65 are buying homes in dwindling numbers. Meanwhile, some young homebuyers are skipping starter homes altogether. Don't let that fool you into thinking they're saving on rent. As the Joint Center for Housing Studies of Harvard University reported, 11 million people devoted at least half of their income to rent in 2014 — a record high.

According to higher education expert Mark Kantrowitz, student loan borrowers in the class of 2016 are graduating with a heaping ton of debt — an average of $37,172. Add to this the fact that wages haven't kept pace with this growing student debt load and that one's ability to repay their debt can significantly impact their credit scores, and all that student loan debt can lead to other headaches.

RELATED: 15 things you can stop wasting your money on

15 things you can stop wasting your money on

With the advent of Hulu, Netflix, Amazon Instant Video, and Apple TV, there's hardly a reason to splurge on a fancy DVR system or even basic cable — so long as you're willing to be patient.

Most shows are added at least 24-hours after airing and some networks won't give them up until eight days.

Banks love to slap you with fees at the drop of a hat, but that doesn't mean you've got to put up with it.

"Consider going with a credit union, which are better than banks in many ways, to avoid some of these fees," says Andrew Schrage, founder of MoneyCrashers.com.

"If you travel abroad often, make sure you use credit cards without foreign transaction fees, otherwise you'll be paying an extra 3% to 5% on all your purchases."

Retailers push hard to sell you extended warranties — and conveniently pump up their sales figures at the same time.

Don't do it, Schrage warns.

"The only instance I'd recommend a warranty is in the case of a laptop. Otherwise, the warranties themselves can often cost as much as simply buying a used or new replacement for your item, or repairing it," he adds.

4. The roof over your head

If you're blowing most of your income on a loft in Midtown, you're making a big mistake, says Jeremy Gregg, executive director of the PLAN Fund.

His organization provides loans to low-income entrepreneurs, who Gregg says he often sees spend more than half their income on rent and utilities.

The U.S. Department of Housing & Urban Development recommends spending less than one-third of your income on housing.

"Many of us (including me) pick a cell phone plan, then never check to see if it's the right one for us based on our usage," writes author of "I Will Teach You To Be Rich," Ramit Sethi. "Because the average cell phone bill is about $50, that's $600 per year of money you can optimize."

When buying a new cell phone, Sethi likes to pay a little bit more upfront by choosing the unlimited data and text messaging plan. He then sets a three-month check-in on his calendar, and analyzes his spending patterns after a few months to see where he can cut back.

You can use this method for any usage-based services, he says.

Nearly all retailers offer some sort of option that gets your purchases to your doorstep without additional fees.

Zappos and L.L. Bean are among the rarest breed of businesses offering free shipping on every single purchase, but most companies will demand a minimum purchase.

To help track down deals on shipping, use Freeshipping.org. The site stores information on expiration dates, tells you much to spend to qualify, and lets you search by store name or product.

Otherwise, check out CouponSherpa or Retailmenot, which offer discount codes for free shipping.

Environmental designer Pablo Solomon says picking up knockoff prints and other art is a great way to blow cash for no good reason.

"Nothing sends me through the roof like the art sold on cruise ships and at resorts," Solomon says. "(They're) basically glorified posters being sold as originals."

The best way to score deals on art is to track up and comers, he says. You can nab their art early on and laugh your way to the bank after they've made it big.

You're only hurting yourself (and your wallet) if you're feeding yourself out of the bodega around the corner from your home or office.

"I am shocked at how many people live paycheck-to-paycheck and yet routinely spend $10 per day on fast food and convenience store food," Gregg says.

If you're looking for an alternative to brown-bagging it, check out how to shop for the healthiest foods at the grocery store for the least amount of money, and start preparing your own food.

Buying overpriced insurance for things like accidental death and diseases is an easy way to blow your funds.

Take a look at the types of insurance you should buy at every age.

Personal finance expert Dani Johnson suggests you think twice before rushing out to buy Dad another tie this Christmas.

"You should make a pact with your friends and family to give back instead," Johnson says. "Pool a percentage of money you were going to spend on gifts and give a secret blessing to somebody who is truly in need."

If you want to buy a great gift without completely breaking the bank, check out these holiday gift ideas for under $50.

Weight loss pills and supplements marketed as miracles for overweight couch potatoes are most likely traps.

"Not only are there enough pills and potions that you could start a new one each week, but the negative effects on your health outweighs the money you will waste," says nutritionist Rania Batayneh.

"This is a billion dollar industry and the truth is that a lean body does not come in a pill," Batayneh says.

"Sure, you can (buy a lottery ticket) every once in a while just for fun, but never make a lottery purchase with any real expectation of winning," Schrage warns.

"The odds are significantly stacked against you, and why waste your hard-earned money on lottery tickets when you could be saving for retirement or treating yourself to a nice meal?"

"People get bored with cars quickly. They always want a new car and so they're always dealing with a car payment," says certified financial planner Michael Egan. "But it's a hugely depreciating asset. You don't want to be putting a lot of money into something that's going to be worth nothing after a certain number of years."

Look for used car options, which could save you a substantial amount of money. Check out Kelley Blue Book to get an idea of how much you should pay for a used car.

Another option is leasing a car. You can determine whether or not this is a good option for you by following this flow chart.

Subscriptions — to magazines, newspapers, and the gym — can add up, and oftentimes, we don't use them as much as we had originally planned.

Sethi recommends implementing what he calls the 'à la carte' method, which takes advantage of psychology to cut our costs.

"Cancel all the discretionary subscriptions you can: your magazines, TiVo, cable — even your gym," Sethi explains in "I Will Teach You To Be Rich." "Then, buy what you need à la carte. Instead of paying for a ton of channels you never watch on cable, buy only the episodes you watch for $1.99 each off iTunes. Buy a day pass for the gym each time you go."

It works for three reasons, Sethi writes: You're likely overpaying already, you're forced to be conscious about your spending, and you value what you pay for.

Author of "The Automatic Millionaire," David Bach, coined the term, "The Latte Factor," which basically says that if you ditch your $4 latte every morning, you'd have quite a bit of money to contribute towards savings — about $30 a week, or $120 a month). Over the course of a few decades, that money could grow substantially.

Rather, invest in a nice coffee maker, even if the price tag is a bit steep. Oftentimes, spending more on high quality items can help you save in the long run.

It can seem counterintuitive to make purchases to save, but that's what some of the most successful money-savers do. They're not just buying things, they're investing in things — tools and services — that will eventually save them money over time.

Raising a child is expensive. In fact, the U.S. Department of Agriculture put the cost of raising a child born in 2013 at $245,340. Then there's the cost of the birth itself, which can run in the thousands. One way to potentially lower costs? Find some health care providers in your insurance network, then ask for cost estimates and compare them with the average cost in your area.

5. Ponying up for Airline Fees

Paying for pillows and peanuts was just the beginning. Not only did airlines collect a total of $3.5 billion in baggage fees in 2014, according to the Bureau of Transportation Statistics, such fees comprised 2.1% of their total operating revenue. Airlines also collected $3 billion from reservation change fees that year.

You can find a full list of the things Americans spend a ridiculous amount of money on at Credit.com.

More from Credit.com
Who Are the Major Credit Reporting Agencies?
Does Credit Repair Work? Can Credit Repair Companies Help?
How to Pay Off Credit Card Debt