3D printing could save coral reefs

Coral reefs are enduring the longest and most pervasive bleaching event on record. Warmer waters are cooking coral, sapping reefs of their color and life.

Ecologists are scrambling to save coral reefs before it's too late. The best solution could come from 3D printing.

What's going on with coral?

Coral colonies are comprised of tiny, squishy polyps that attach to rocks on the sea floor. Polyps secrete calcium carbonate at their base. Those secretions turn into hard coral, providing the structure of coral reefs. Algae live inside polyps, supplying nutrients and lending coral its vivid color. 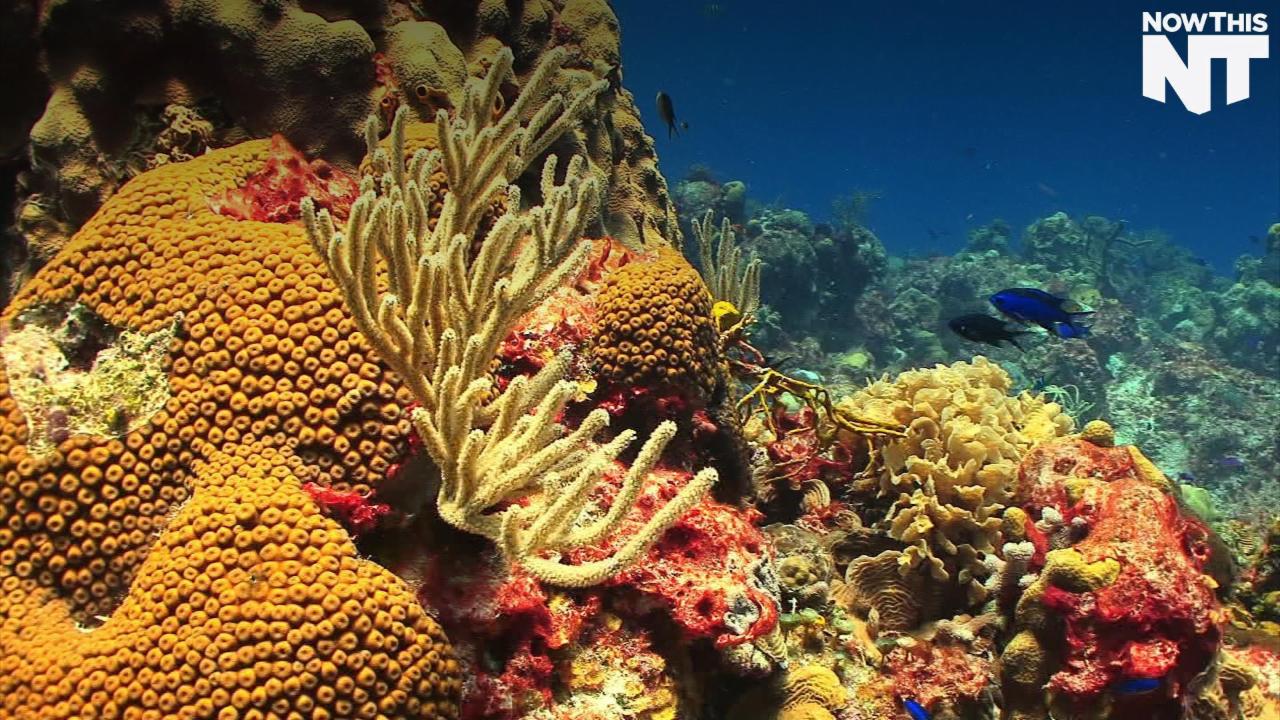 How does a 3D printed reef work?

For years, humans have created artificial reefs by sinking ships or dropping concrete blocks into shallow waters, providing a rock-like surfaces where coral — along with algae, barnacles, anemones and other species — could make a home. 3D printing improves this process, producing reefs that better imitate hard coral.

Marine biologist Kristen Marhaver explained in a TED Talk that baby coral polyps are drawn to "white and pink, the colors of a healthy reef," and they "they prefer crevices and grooves and holes, where they will be safe from being trampled or eaten by a predator." 3D printers are working to recreate this environment.

Teams in Bahrain and Monaco have manufactured pastel-colored sandstone reefs with the same shape and texture of coral. Sandstone's neutral pH makes the artificial reefs an attractive to baby coral polyps. A forthcoming model from Reef Design Lab will feature a porcelain coating that more closely resembles the chemical makeup of coral.

Some designers have taken a different tack, using artificial coral as a salve for ocean acidification. In her last year at the Royal College of Art in London, artist Nell Bennett 3D printed artificial coral made of calcium carbonate. When placed in a reef, the coral would slowly dissolve, turning the surrounding waters less acidic.

Why does this matter?

Coral reefs occupy less than 1 percent of the sea floor, but they underpin roughly a quarter of all ocean life — not just algae and zooplankton, but countless species along the food chain, from crabs to sea turtles to human beings. Reefs support fishing and tourism and guard against coastal erosion. Half a billion people worldwide depend on coral reefs for food or income.

Now, rising temperatures are devastating reefs. Even drastic cuts to carbon pollution will do little to slow their demise. Warming of just 1.5º C would put 90 percent of coral reefs at risk.

Facing a crisis of that magnitude, the only option is to innovate. 3D printing could protect the countless animals that depend on coral.

Jeremy Deaton writes about climate and energy for Nexus Media. Tweet him your questions at @deaton_jeremy.