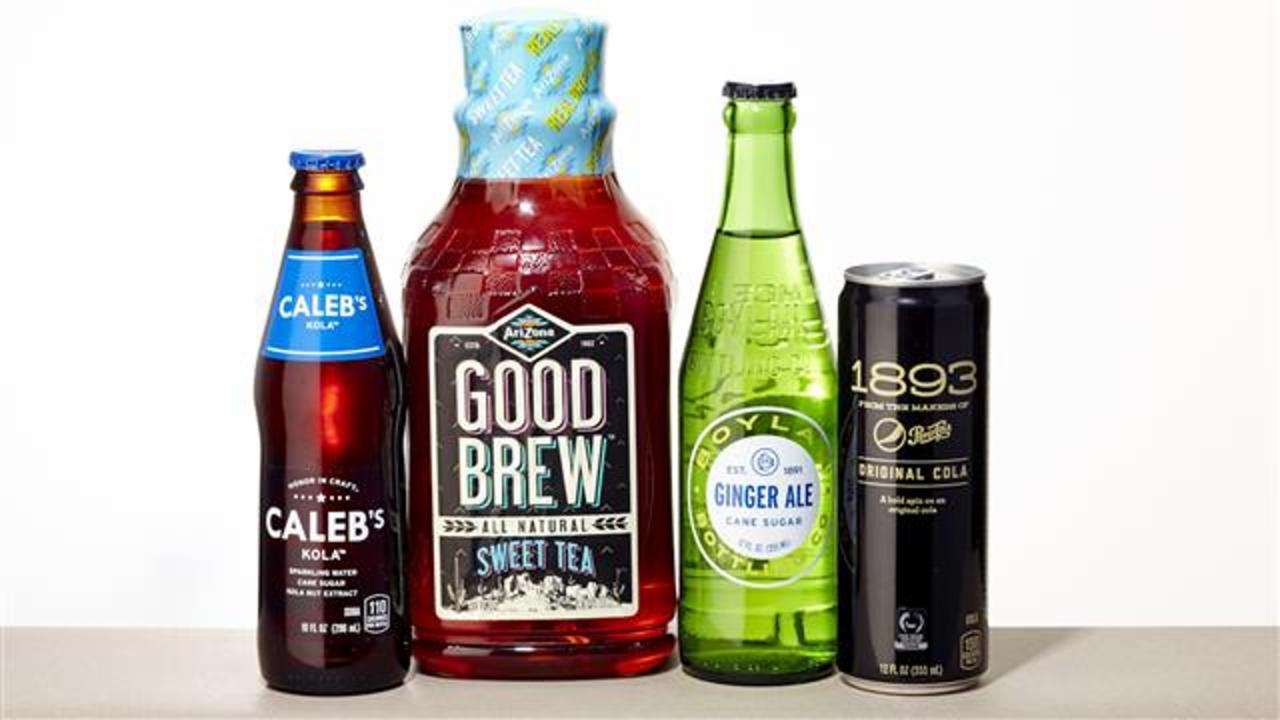 LaCroix Sparkling Water has catapulted from near-oblivion to cult status in the matter of a couple of years.

The drink has been around for three decades, but for a long time it was popular only among a handful of Midwestern moms, Vox reports.

See photos of the longtime beverage:

LaCroix Sparkling Water
✨Weekend ready with some ice cold #LaCroix Sparkles✨ #livelacroix
✨Brighten up your day with #LaCroix Cran-Raspberry✨
Happy Monday! Are you treating yourself to a #LaCroix today? (📸: @anise_fitness)
Simplicity is the ultimate sophistication.
☀️ We're spending the day lounging poolside with our #LaCroix Melón Pomelo. 💁🏻 Tell us what you're doing today... 🙇🏽
✨Cheers to a beautiful holiday weekend!✨ #MDW2016 #LiveLaCroix (📸: @knmichaelsen)
✨Who is spending #SundayFunday with LaCroix? ✨
April showers bring May flowers… What a lovely garden.🌷🌼🌸
Up Next

Then a paradigm shift happened in Americans' diet: The US started turning against sugar, and soda sales plummeted.

That's when LaCroix, which contains no sugar, sodium, or artificial sweeteners, suddenly started popping up everywhere.

Sales of the carbonated drink have ballooned from $65 million in 2010 to $226 million in 2015, according to data from Euromonitor. Over the same time period, shares of the brand's parent company, National Beverage Corp., have soared nearly 300% to $57 a share.

LaCroix is now the No. 1 brand of flavored bottled water in the US, with about a quarter of the market share in that category.

LaCroix's meteoric rise happened without any traditional advertising, which one beverage-industry expert says is part of the reason it became so popular.

"With millennials these days, it's all about authenticity and discovery, and they are suspicious of mainstream advertising messages," Duane Stanford, the editor of the industry publication Beverage Digest, told Business Insider.

✨The @shopbando penthouse has stocked up with LaCroix. Have you? ✨ (📸: @jengotch)

LaCroix played right into that market by sidestepping major advertising avenues like TV ads and investing instead in social-media marketing and neon-colored packaging that would grab customers' attention in stores.

"Millennials see [LaCroix] as a discovery — something only they know about and their friends know about since it's not in their face all the time," Stanford said.

It's more than just a favorite drink, though: LaCroix has become a status symbol.

That is because instead of spending on major advertising campaigns, LaCroix paid influential bloggers and fitness icons to fawn over the drink on social media, according to Vox.

At the same time, LaCroix started adding new flavors. The brand offers about 20 different kinds — up from the six it offered 10 years ago — including coconut, apricot, passion fruit, mango, pamplemousse, berry, and cerise limón.

Now the neon cans are popping up all over Instagram, filling refrigerators top to bottom, making appearances at weddings, and accenting countless homemade salads.

Every week we'll choose a picture that moves us and is true to #LiveLaCroix. For a chance to be featured use #LiveLaCroix ✨ 💕 @erinhook17 - Have an amazing getaway weekend #lacroixstas! 😻✨ 💌 DM us! We'd love to send you a case of #LaCroix 😊

The drink was also the subject of a New York Times Magazine love letter last year and of viral news features like BuzzFeed's "21 Things Everyone Obsessed With LaCroix Knows To Be True."

Only a handful of random flavors are available at each retailer that sells LaCroix, so it creates the perception of scarcity. As a result, customers tend to buy their favorite flavors in bulk.

The strategy has clearly been successful. In the past two years alone, sales of LaCroix have more than doubled.

NOW WATCH: Chipotle vs. Subway: Which is the healthier option?

SEE ALSO: Budweiser is facing a new threat from an unexpected company