Community helps elderly woman scammed out of half her savings 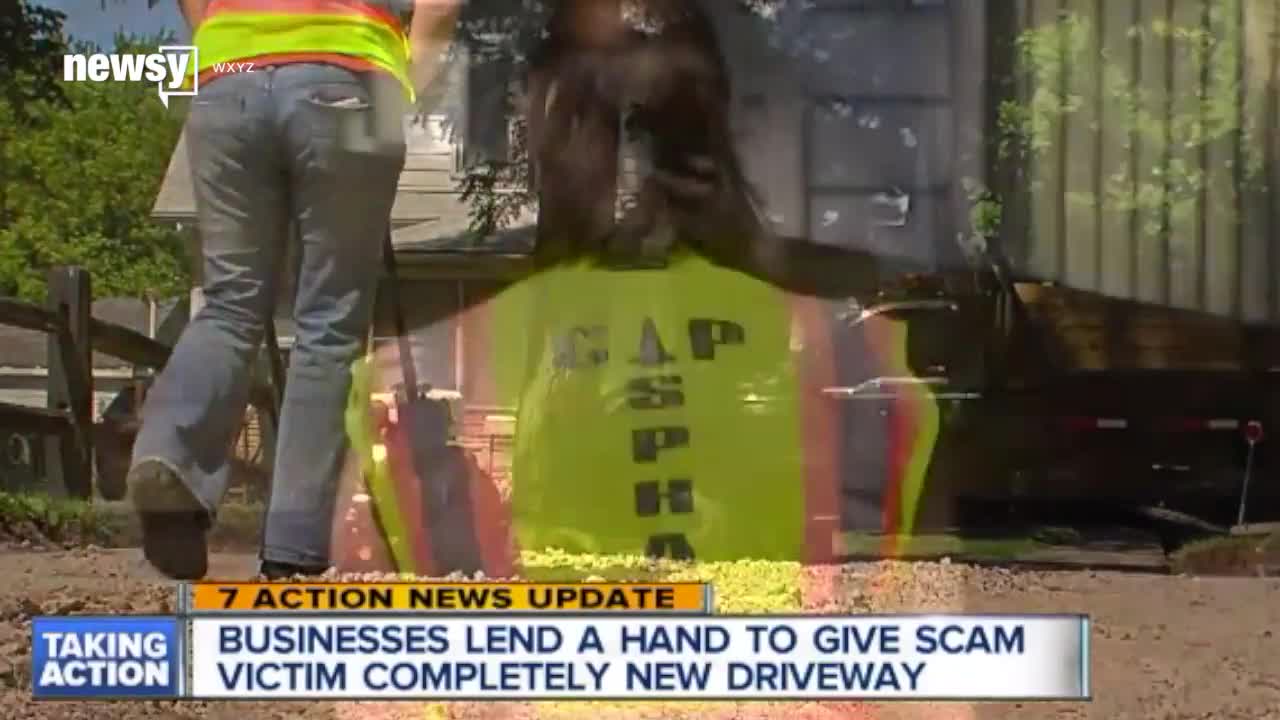 A community is coming together to help an elderly woman who was scammed out of half her life savings. WXYZ reports the Michigan woman, who is not being named to protect her identity, paid two men $4,000 to replace her driveway.

But the blacktop work they did was shoddy. The men even drove the woman to a credit union to withdraw the money and helped her with her oxygen tank.

SEE ALSO: Watch out for charity scams in wake of the Orlando shooting

"I did a crazy thing," she told WXYZ.

When word got out about what happened, the community stepped up. A person who wants to remain anonymous gave the woman $4,000. A local concrete company donated the materials for a brand-new driveway, and another company is doing the labor.

See photos from the news report of the scam story:

WXYZ reports this replacement job would usually cost about $7,000. Police have identified one of the men and are working to get an arrest warrant.

The National Center for the Prevention of Home Improvement Fraud suggests consumers never accept offers from door-to-door salesmen and instead seek referrals from family and friends and interview the contractor.

More from AOL.com:
Type of gift card scam that's flourishing
Common Craigslist scam to watch out for
The dark truth behind America's most beloved fast-food chain

Now, check out 10 features homeowners want the most:

13 features homeowners want the most