Teen gets head stuck inside Barney costume -- and it's hilarious 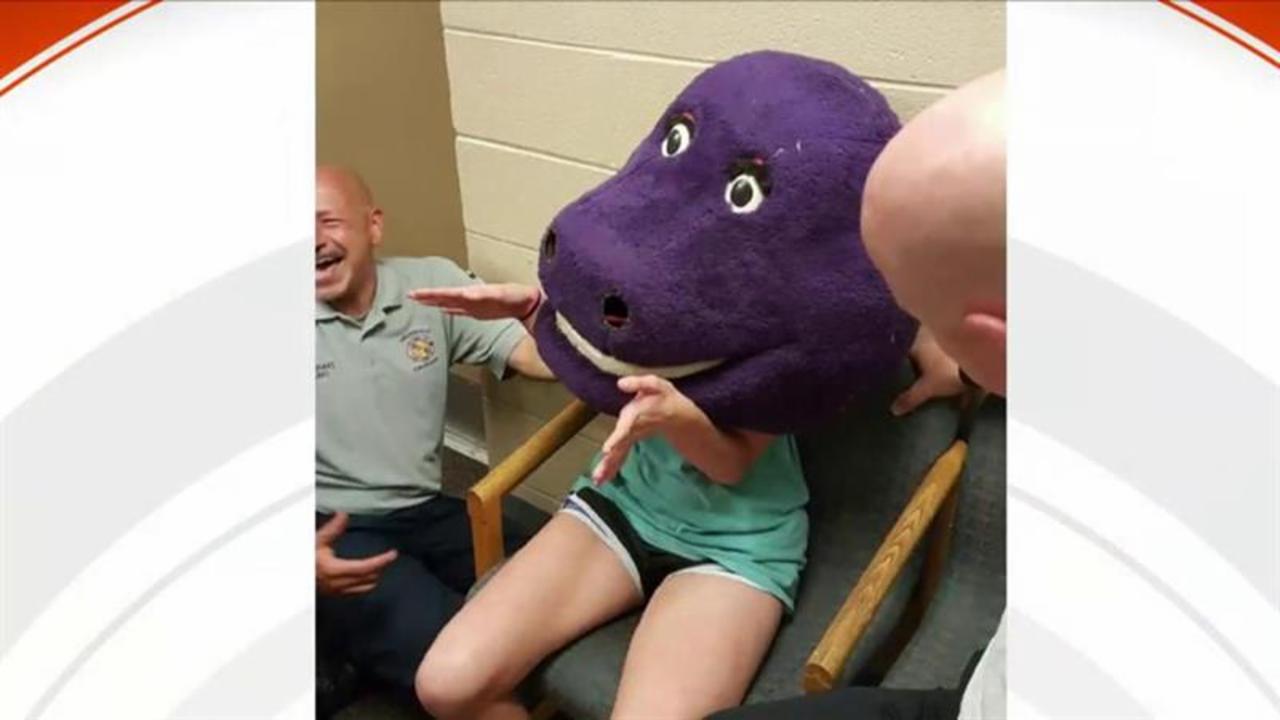 An Alabama teenager found herself in a sticky situation after attempting to play a simple prank.

SEE ALSO: 7-year-old's hilarious outlook on life will have you in tears

Darby Risner, 15, tried to scare her friends with a Barney costume head, but ended up getting stuck inside of it for 45 terrifying minutes, according to Buzzfeed.

The costume originally belonged to her pastor, but was passed down to a group of friends. When Risner spotted the head lying around a friend's house she reportedly couldn't resist the urge to try it on.

"I thought to myself, 'I'll be fine, I can get it off whenever,'" Darcy told Buzzfeed.

After about 15 minutes inside the suit, Risner got uncomfortable and attempted to take it off. Unfortunately, she failed ... miserably.

"I tried to wiggle out myself and then got help from a friend," she said. "My friend started having trouble so we got some of the other girls to help out. Then they all started pulling and nothing was budging."

"took a long time to get these things big" pic.twitter.com/JOMZ6ESVHW

The 15-year-old's friends even covered her in petroleum jelly "like a greased pig" to try to set her free.

"Finally, they had face the fact that it wasn't coming off," Darby said. "It wasn't moving anytime that we tried."

So they decided to take her to the fire station for help.

After struggling for a while she was finally freed from the jolly dinosaur's head.

Darby got stuck in a Barney head pic.twitter.com/oTkoDEsiay

And while it may have been a bit of a catastrophe, Risner admitted she may try something similar again.

"I may have learned my lesson, but maybe not," Darby said. "I've been stuck in many things before."

Good luck with that!