#TeaLizard is now a thing — or so says 'Good Morning America' 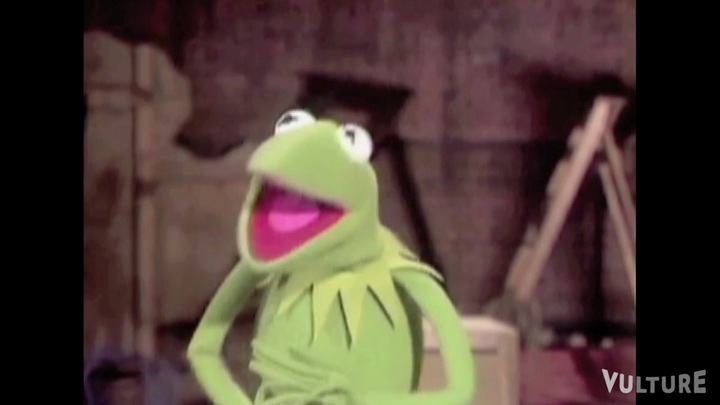 On Tuesday, the ABC show'sTwitter account asked its followers whether they thought a photo of LeBron James crying after the Cleveland Cavaliers' NBA Finals win should be inducted into the dank meme hall of fame. But when GMA tried to place it among the ranks of some other beloved memes, they exposed themselves as being more than a little out of touch, calling a meme of Kermit the Frog sipping tea #TeaLizard.

It didn't take long for Twitter users who are nothing if not meme connoisseurs — to call them out on their gaffe. (Editor's note: For what it's worth, few at the Mic offices were familiar with the bizarre "#Smockin/the mask" image GMA also declared a universally recognized thing.)

For real tho, if you don't call this dude the Tea Lizard, you a cop. pic.twitter.com/pCoQtwMKqF

when your good name has been through some shit lately pic.twitter.com/2vdhUskcKZ

poor kermit the frog being reduced to tea lizard pic.twitter.com/4pAFMExPt2

The craziest thing about calling Kermit #TeaLizard is that like, he was a famous thing before being a meme. Like he existed already.

"Hello fellow teens. You guys want to do weed and talk about tea lizard?" pic.twitter.com/Es4FxnulA5

Not only is Kermit the Frog's very species identified in his name, the Walt Disney Company owns both ABC, which airs Good Morning America, and the Muppets franchise — they should've known better.

After a thorough Twitter drag, the talk show realized its mistake and followed up with this tweet, concluding that #LeBronCrying hadn't found its place amid the meme milieu and apologizing to Kermit for the blunder.

Twitter has spoken: #CryingLeBron does not join other popular memes.

And what about the world's actual tea lizards, you ask? They're taking it in stride.

I say, Reginald. @GMA is finally giving us the recognition we deserve! BTW whatever is meme? #TeaLizardpic.twitter.com/ZPkuUvrnOV

More from Mic.com:
The Coolest Teens of 2016 Promposed to Their Dates With These Dank Memes
Sexist Trolls Are Attacking Barbie for Her New Career as a Game Developer
Twitter Roasts Donald Trump with #TrumpSoPoor Hashtag After Grim Fundraising