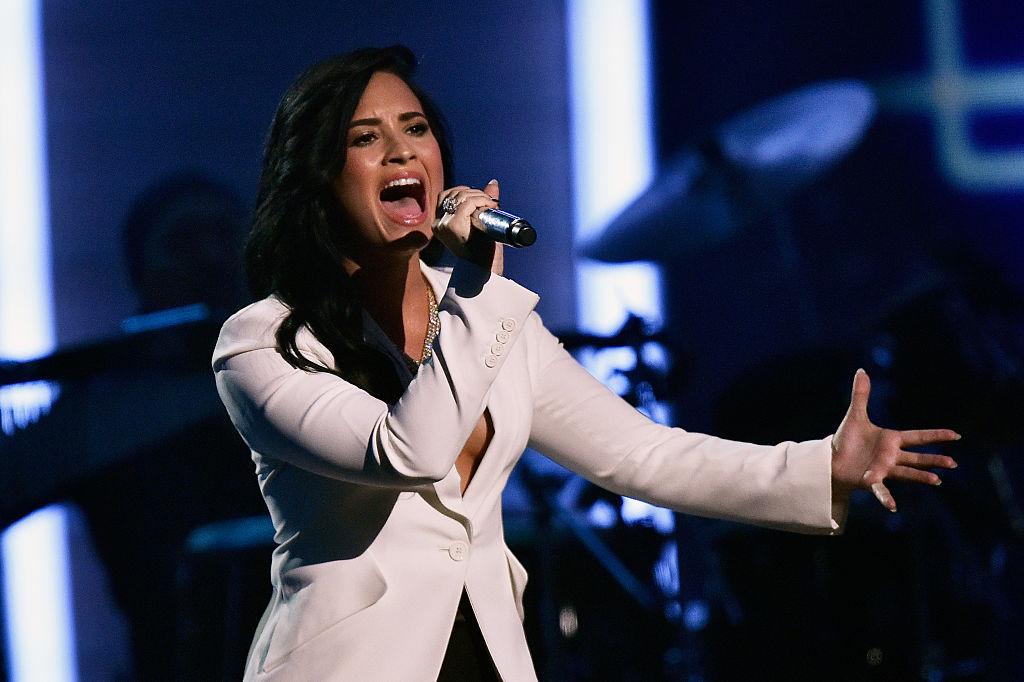 Musicians quitting social media is kind of like boxers hanging up the gloves and retiring: happens all the time, but it rarely sticks. But from the sounds of it, Demi Lovato feels pretty strongly about diminishing her social media presence and she's putting her money where her tweets (and instas) were.

Don't freak out, though, because despite suggesting she's leaving her 36.6 million Twitter followers and 40.8 million Instagram pals forever, Demi promised that she would still update Lovatics on Snapchat (theddlovato), because at least there she doesn't "have to see what some of y'all say."

I like snapchat cause I don't have to see what some of y'all say. Follow me if you want: theddlovato 👋🏼

But why do people actually give a fuck what I say?? 🤔 like if you don't care the gtfo haha

At press time it was unclear what comment (or comments) had provoked the decision, but Lovato did mention some negative feedback about her mental health charity might have played a part, imploring followers to focus on the good things in life instead of negativity.

And people wonder what's wrong with the world. Pay more attention to good than bad. 👋🏼

As of press time, Lovato had not tweeted or posted any new Instagram photos since Monday evening. The singer is about to launch her co-headlining tour with Nick Jonas.