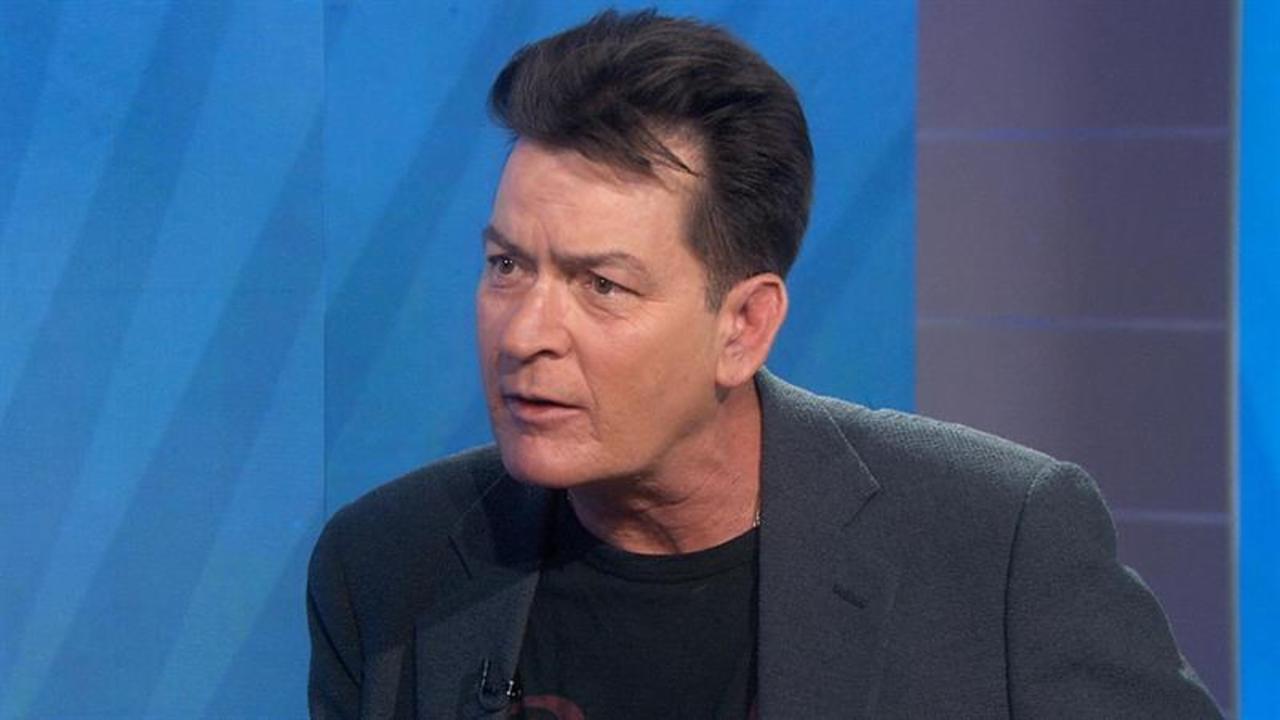 Charlie Sheen made his return to the Today show on Tuesday, his first time since November, when he revealed that he was HIV positive.

The 50-year-old actor once again sat down with co-host Matt Lauer, and reflected on the bombshell announcement.

"It was like being released from prison," Sheen said, proud of his decision. "We unearthed the stepping stones to a rubicon of change."

The former Two and a Half Men star commented on the lawsuits against him, calling them "baseless" and stressing that he had not infected anyone with the HIV virus. Last December, Sheen was sued by his ex-fiancee, Brett Rossi, who claimed that during their relationship, the actor was physically abusive, hid his HIV-positive status, and forced her to get an abortion. Sheen's lawyer, Marty Singer, has denied all of Rossi's claims on his client's behalf.

Charlie Sheen through the years:

"Since Sheen and Rossi's relationship ended, she has attempted to extort millions of dollars by disclosing Sheen's medical condition even though she signed a confidentiality agreement," court documents obtained by ET read.

"They can claim whatever they want, I know the truth," Sheen said on Tuesday. "No one has been infected."

Still, he did admit that there were two times when he didn't reveal his status to people he was intimate with after learning about his diagnosis.

"There was two examples, but protection was always in place, and it was for the right reasons, because everyone that I had told up to that moment had shaken me down," he said.

As for his health, Sheen revealed he's now part of a federal trial, in which he takes one shot per week, instead of taking pills every day. Sheen previously underwent controversial treatment in Mexico that he said didn't work, though he says the HIV virus is still undetectable in his blood.

"This is the future of treatment, what I'm doing now," he said.

Later, Sheen candidly admitted regrets in life after being questioned by Lauer.

"I regret not using a condom the one or two times when this whole thing happened, yeah," Sheen said. "I regret ruining Two and a Half Men, not being more involved in my children's lives growing up, which I am now, that's about it."

The actor has five children, including two daughters with his ex-wife Denise Richards -- 12-year-old Sam and 11-year-old Lola -- as well as 7-year-old twins Bob and Max with ex-wife Brooke Mueller. Sheen said he was "fine" when questioned about his finances, and said that he "of course" could afford child support.

NEWS: Charlie Sheen Promotes the Use of Condoms After HIV Diagnosis in Powerful New Ad

Last week, Sheen once again made headlines when he claimed presidential hopeful Donald Trump lied to him about a cheap wedding gift.