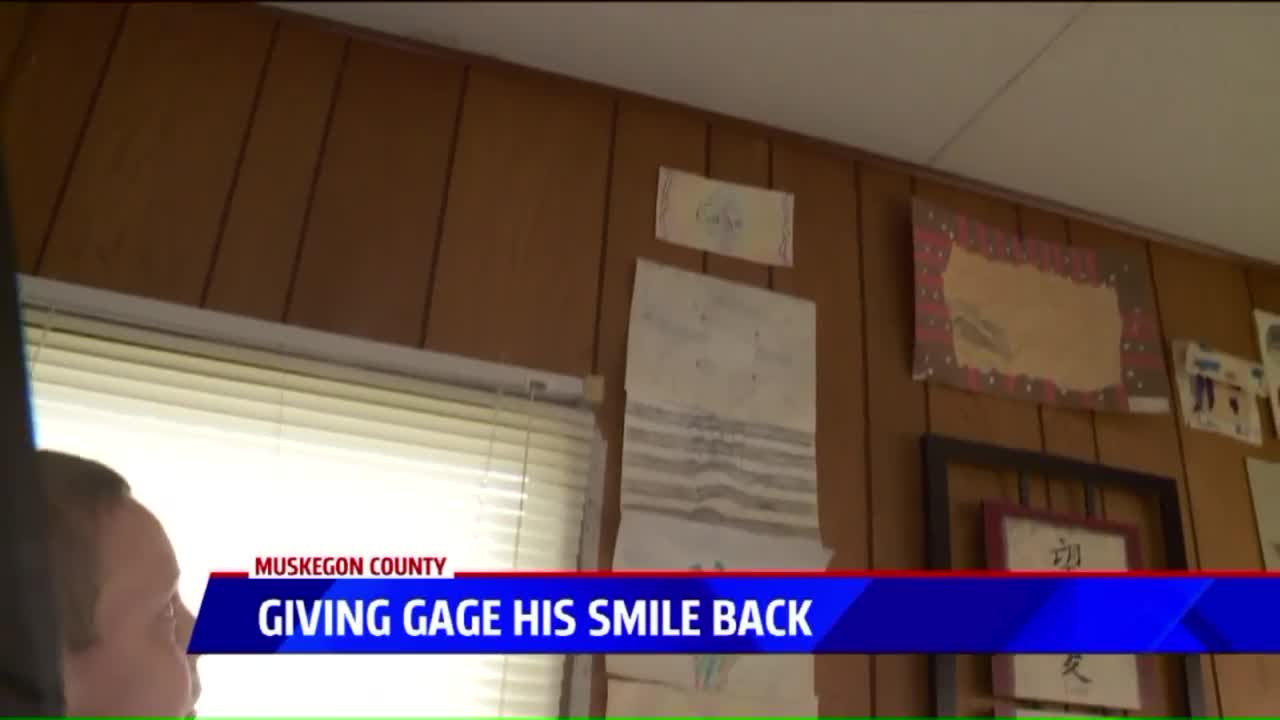 MUSKEGON, Mich. -- A family in Muskegon is hoping to bring back their seventh grader's smile and raise money for a down payment for dental work and braces.

A smile says so much, but words can make it fade away.

"They would say some mean stuff about my teeth, call me 'buck tooth loser,'" recalled 12-year-old Gage Knapp. "Then I'd get really, really sad at home, and then I'd fake sick and tried to stay home as much as I could."

Knapp explained to FOX 17 he would try to avoid school because he has been bullied because of his teeth. He has a rare condition where he still has 13 baby teeth, while his adult teeth have grown around them.

He is a talented kid who earns all A's and B's in school. He has a love of art, and showed off his gallery of paintings and drawings to FOX 17 Monday. His mother Angie Johnson said she wants people to judge her son based on his accomplishments, not his teeth.

"I'd give up anything in the world," she said. "We live on a tight budget, but I'd give up everything just so he could smile again."

See photos of Gage's journey below:

Gage and his family are doing what they can to get through tough times, after his dad passed away when he was younger.

Now they are asking for help to raise at least $700 for a down payment for braces.

"I know he's been through a lot, and I just want him to be happy again," said Diana Bowers, Gage's grandmother.

Until then, Gage has this message for bullies:

"No one is perfect and just because you may have been mean, or you have been picked on too, doesn't mean that you have to go and pick on other people," said Johnson.

If you would like to help Gage get his smile back, see their GoFundMe page.

UPDATE: In less than 24 hours Gage and his family have met their goal on their GoFundMe and received special news: a West Michigan dentist offered to schedule a consultation with Gage and complete his dental work pro bono!

More from AOL.com:
Why "Raising the Bar" is a must-see film this summer
Donald Trump on North Korean dictator Kim Jong Un: 'If he came here, I'd accept him'
Minnesota man misses flight, sues airport for just over $500