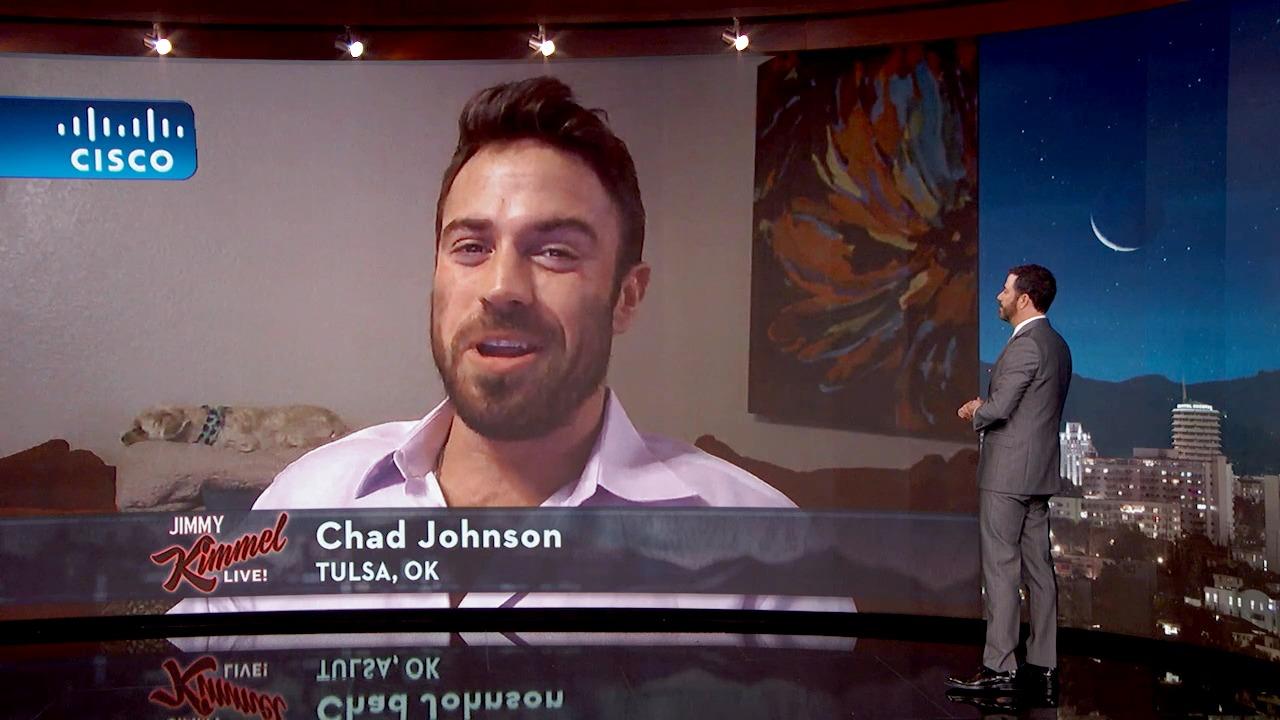 After an infamous run on The Bachelorette, Chad Johnson gave his first post-elimination interview to Jimmy Kimmel on Monday night.

Calling in via webcam, JoJo Fletcher's villain — who was eliminated on the previous episode but stuck around for one more on-air confrontation Monday night — spoke candidly to the host of Jimmy Kimmel Live about his time on the ABC reality dating series.

Calling him the Ramsay Bolton of The Bachelorette, Kimmel — a Bachelorette superfan and host of his own "Baby Bachelorette" sketch (which aired its second episode) — had a few hard-hitting questions for "Bad Chad," a moniker, says Kimmel, the reality star earned from his on-screen behavior.

"Are you as hateable as you appear on TV?" Kimmel asked.

Admitting that he only began watching the episodes a week ago, Chad said, "I have pretty good interactions with people, generally," but "I started to realize when I watched the last one, 'Oh, that's why people are saying the stuff online.'"

"When you're in the moment, you say and do things and my thing is, sometimes I'll say things to get the result I want, and it's not always the best thing," said Chad in his own defense. 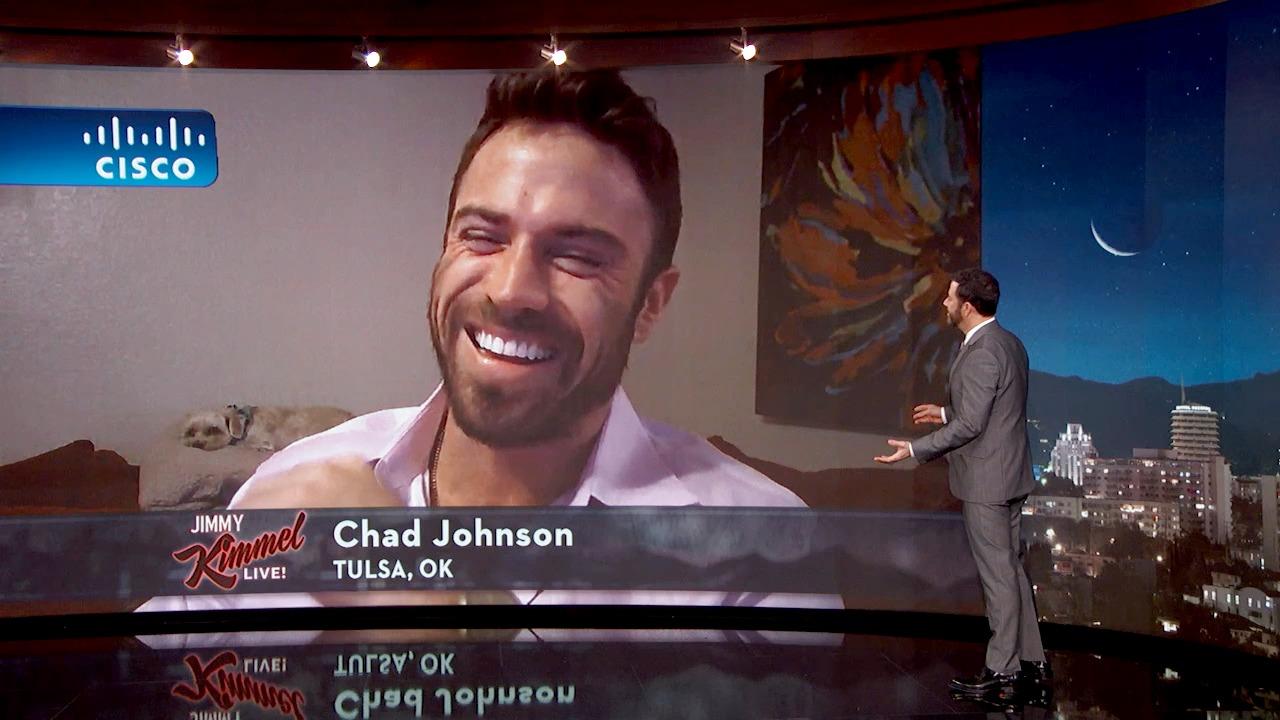 When Kimmel asked if he meant some of the threats he has launched at contestants, like telling former NFL player Jordan Rodgers that he will come find him at his home after the show, Chad said: "I have people to do those things."

"So you have a team of assassins as your disposal?" asked Kimmel.

"There was a point where I couldn't even sleep in the next room, they were talking about me so much," says Chad. "So I was like, 'how insane do I have to go so they'll think I'm crazy and leave me alone?'"

"And now everyone thinks you're a despicable jerk," said Kimmel, to which Chad replied: "I'm pretty good at it."

During the conversation, the 28-year-old Tulsa, Oklahoma realtor seemed smug and calm, generally shrugging off any negativity and standing by his actions.

The real kicker came when Kimmel brought up a recent Instagram post, where Chad posted a photo of himself kissing an ex-girlfriend of one of the other contestants, Robby Hayes, who is still vying for JoJo on the series.

"I finally had the opportunity to meet Hope Higginbotham in person," Chad writes in the post. "A great girl like her deserves so much better than someone who lies, cheats, and ends a four year long relationship in order to pursue fame on a tv show." (Scenes that aired after Monday's episode hinted that one of the men breaks JoJo's heart over a big betrayal.)

When Kimmel asked him if it was a real relationship or just another ploy to get under Robby's skin, Chad replied: "I don't want to make any judgments or say where it's gonna go."

See all of JoJo's potential bachelors:

He did follow that up by assuring Kimmel that he is still single and "looking for love." Viewers will get the chance to see more of Bad Chad when he returns to ABC for the Bachelor summer spinoff, Bachelor In Paradise, >premiering Aug. 2.