Woman reunites with her biological father after 30 years 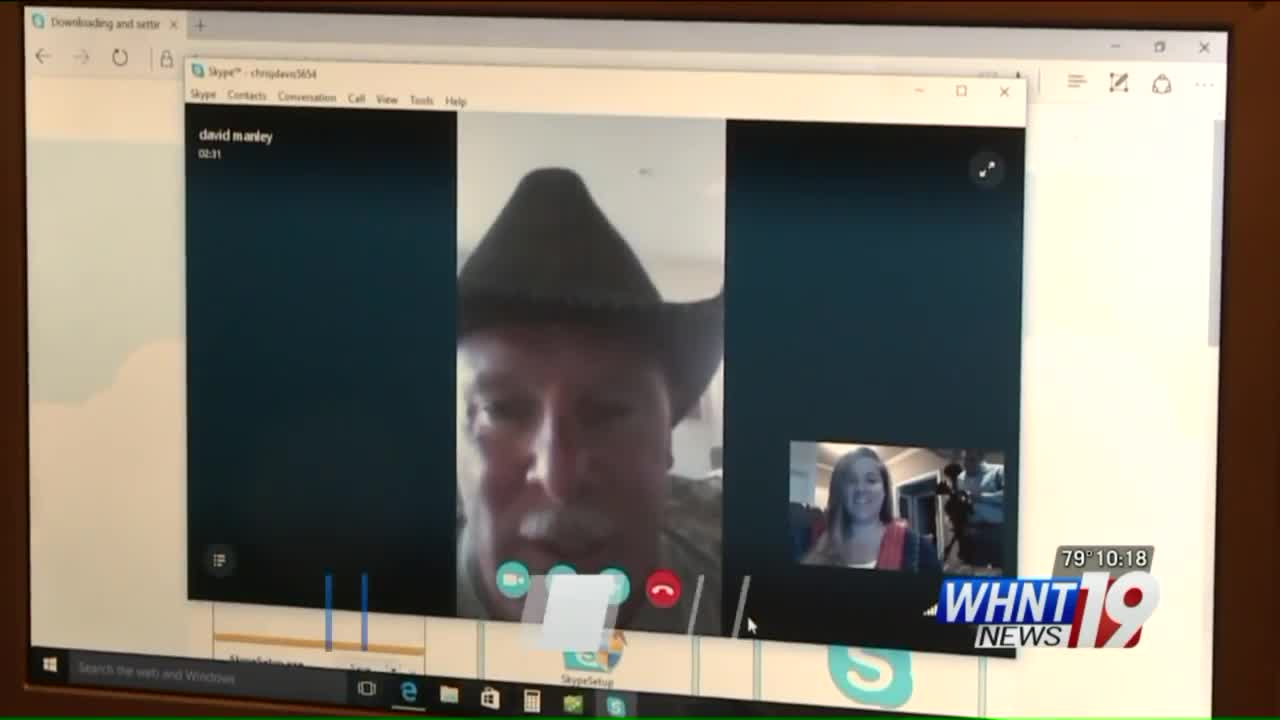 HUNTSVILLE, Ala. (WHNT) - Carrie Taylor's mother had her when she was just 17 years old. Her biological father was involved when she was very young, but when her mother got married, Carrie's stepfather adopted her and her biological father faded out of her life, that is, until about a year ago. "He said I've never stopped loving you, I just couldn't find you, and I said well I'm glad I could find you and I've loved you too," she says.

It's safe to say, Father's Day at the Taylor house was a little different this year. "I never really had a hole or a missing piece, I had really strong male role models in my life," she says.

SEE ALSO: High schooler has artwork hanging in the Met

Carrie says it took a tremendous loss in her life for her to consider looking for her biological father. "July 2012, I lost my 24 year old sister to a pretty tragic event and then my mom was taken from us 16 months later," says Taylor.

She was also motivated by an incredible gain in her life. "Once I had my youngest daughter, I said you know, it's really time," she says.

So she did what any one of us might do to find a long lost loved one, search on Facebook. "I just private messaged him and said hey hi how are you? It started out with small talk and along this past year or so we decided it was really time to just take the DNA test and have a little bit of closure to the answer to that question," says Carrie.

Since they had to meet up anyway to get DNA samples, Carrie decided they should have a grill out night at her house. "The day she asked me to come to her house and then grill out, I mean the tears that I shed, it's unreal," says David Manley, Carrie's Biological Father.

Then this Friday, the test results only proved what they both already knew. "And low and behold, 99.99998% later, he was confirmed to be my biological father," says Carrie.

David says he always wanted to be a part of Carrie's life. "All these years, I knew she was out there, and I just kept praying every day and there was the day she actually sent me a Facebook message," he says.

It's safe to say, in all of Carrie's 32 years, this was the best Father's Day of her life. "It was really fantastic to buy one extra Father's Day card this year," says Carrie.

"I mean I can't tell you enough how much I love you everyday. I want to tell you every second," says David.

Not only did Carrie gain her father, she says she's gained a whole new extended family that comes with him, who have really embraced her with love already.

More from AOL.com:
How to buy a tie for your dad this Father's Day
How Americans spend money on Father's Day gifts
Why "Raising the Bar" is a must-see film this summer