Teen says she was fired after asking for equal pay 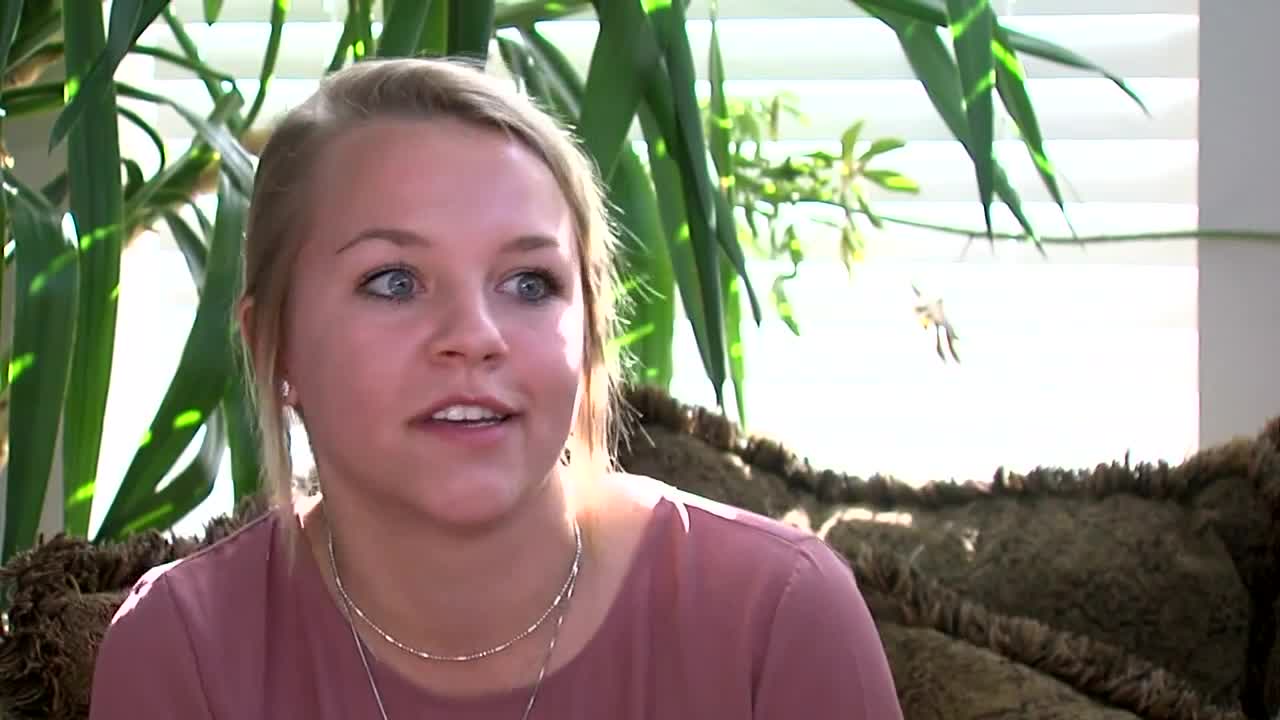 KANSAS CITY, Kan. (WDAF) -- A metro teenager says she was fired from her job, after questioning why she didn't make as much as her male coworker. The teen was hired at Pizza Studio in the Legends but was fired an hour later after asking her boss about her wage. Friday night, metro lawyers say she could have a pretty big lawsuit on her hands.

Seventeen-year-old Jensen Walcott was excited for her interview at Pizza Studio in the Legends Outlet Mall, especially after hearing one of her good friends, 17-year-old Jake Reed had just been hired the same day.

"She sent me a message like omg I have an interview at 3," Reed said.

Jensen was interviewed and hired on the spot.

"She said good news, you got the job," Jensen said.

Jensen left immediately and called Jake to share the news, they'd be working together.

"We were excited. We were super excited."

But soon, that excitement turned to confusion after Jake told her, he was making $8.25 an hour. She was hired for $8 an hour. The two are the same age, have the same amount of experience and were hired for the same position. Jensen thought for sure it was just a mix up and called her new boss, asking why her wage differed from Jake's. The manager put her on hold.

"I was like maybe when I'm on hold right now, she will just offer me 8.25 and everything is gonna be good but... she didn't do that," Jensen said.

The manager got back on the phone and told Jensen she was fired because discussing wages is against its policy.

"She said you're fired. Basically just like a 10 second phone call," Reed said.

Both teens were terminated hours after being hired, for discussing their wages.

"At any point did they say to you, do not discuss this, it is our policy?" FOX 4's Megan Brilley asked.

"At face value it appears, that the young lady was terminated because she complained about unequal wages. That's illegal," said attorney David White.

White says the National Labor Relations Board has given guidance saying you can discuss wages. White believes Jensen may have a claim for retaliation.

On the contrary. Jensen doesn't know if she will file any official action. She just wants to know, why she wasn't given the same pay as her friend.

"They should definitely be ashamed of themselves," she said.

FOX 4 did reach out to Pizza Studio. We explained the situation to corporate reps, who said the incident "sounded strange." The representative said he would get to the bottom of it and call FOX 4 back. He never did.

More from AOL.com:
Yolanda Hadid announces she won't be returning to 'Real Housewives of Beverly Hills'
This $39M mansion is a pet's paradise, including its own aviary and dog spa
Kim Kardashian flaunts her signature curves in revealing 'Pablo' bathing suit