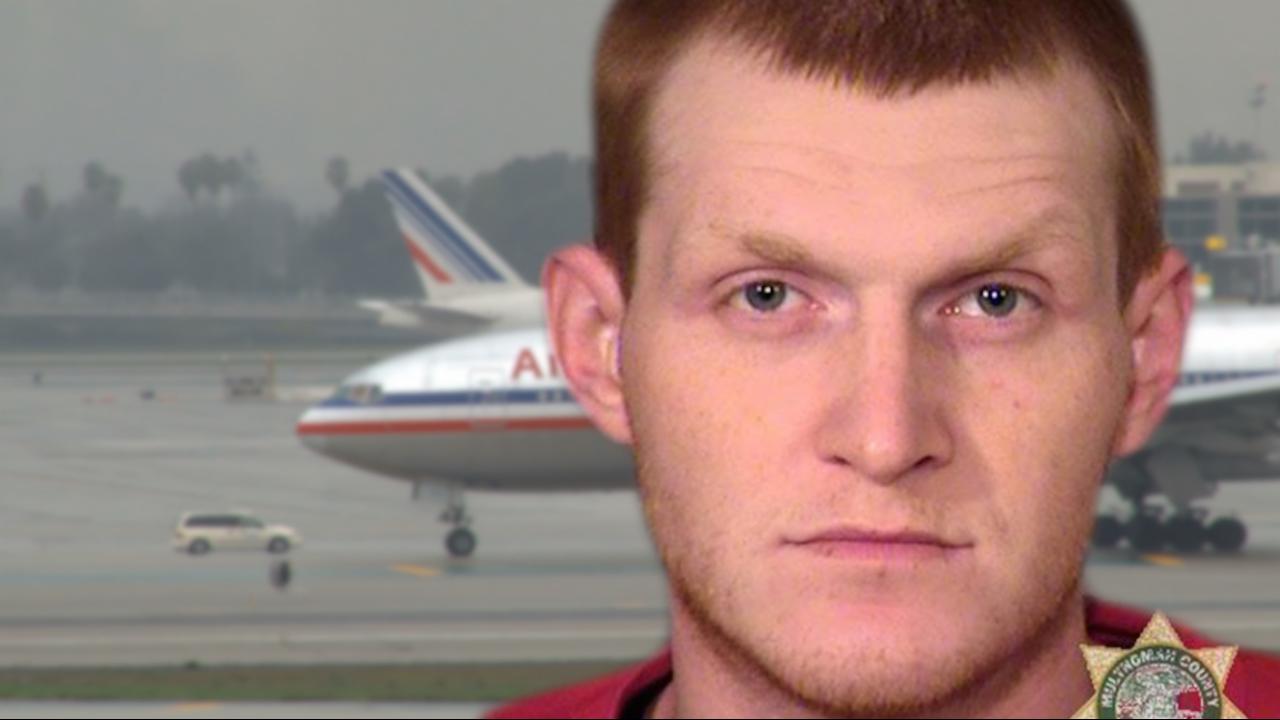 Chad Cameron Camp, 26, was arrested following an American Airlines flight from Dallas to Portland where he allegedly groped a unaccompanied teenaged girl.

Although flight attendants advised Camp other seats were available on the half-full plane, he chose to sit in a middle seat next to the minor, according to the complaint.

Camp began making small talk with the girl and about thirty minutes into the flight, an attendant noticed his hand on the girl's lap and a tear falling down her cheek. According to the complaint, he leaned against the girl, touched her and placed his hands on her upper thigh and knee.

According to a statement from the FBI, the crew moved Camp immediately and the airline requested a law enforcement response when the plane landed.

Camp was detained by Port of Portland police and charged with one federal count of abusive sexual contact.

An attorney for the victim's family described how the teen is doing after the incident. "She is already saying she doesn't want to be on an airplane ever again," Brent Goodfellow told KOIN. "I sat with the family for about three hours ... she didn't want to be touched by her mom, every time she went to give her kind of a loving touch she would jump."

"American cares deeply about our young passengers and is committed to providing a safe and pleasant travel experience for them. We take these matters very seriously and have cooperated fully and immediately with law enforcement officials in their investigation of the suspect."

More from AOL.com:
AOL.com Father's Day 2016 Sweepstakes Official Rules
What the DVDs in your collection could be worth
Budget Better: 5 items you should always buy at Sears