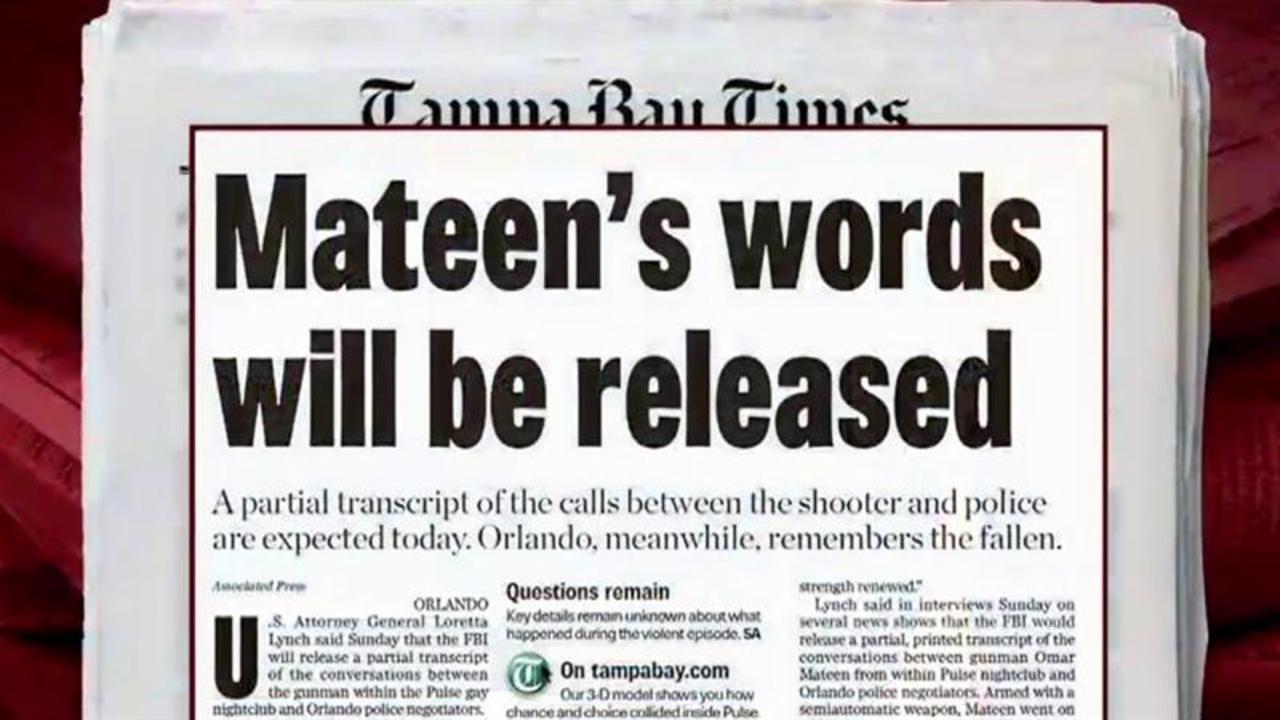 The FBI released partial transcripts on Monday of Orlando nightclub gunman Omar Mateen's phone calls to police during his June 12 attack on Pulse nightclub that claimed the lives of 49 people.

"In the next few days, you're going to see more of this type of action going on," he said while still inside Pulse.

Attorney General Loretta Lynch explained on Sunday during an interview with NBC why only a partial transcript would be released, saying the Obama administration did not wish to help to "further proclaim this individual's pledges of allegiance to terrorist groups and further his propaganda."

Mateen initially called 911 and told a dispatcher he was the shooter. When he was asked his name, Mateen responded saying, "My name is I pledge of allegiance to [omitted]."

When a negotiator asked what Mateen what he had done. "No, you already know what I did," he responded.

The mass shooter also told police that there was a vehicle full of explosives in the parking lot and that he had an explosive vest.

Florida Governor Rick Scott blasted Lynch's decision to only release a portion of the transcripts, telling FOX News on Monday.

"I can understand if it impacted the investigation until this is finished, I get that," he said according to Politico. "But she is not saying that. It doesn't make any sense to me. We have to get serious about destroying ISIS."