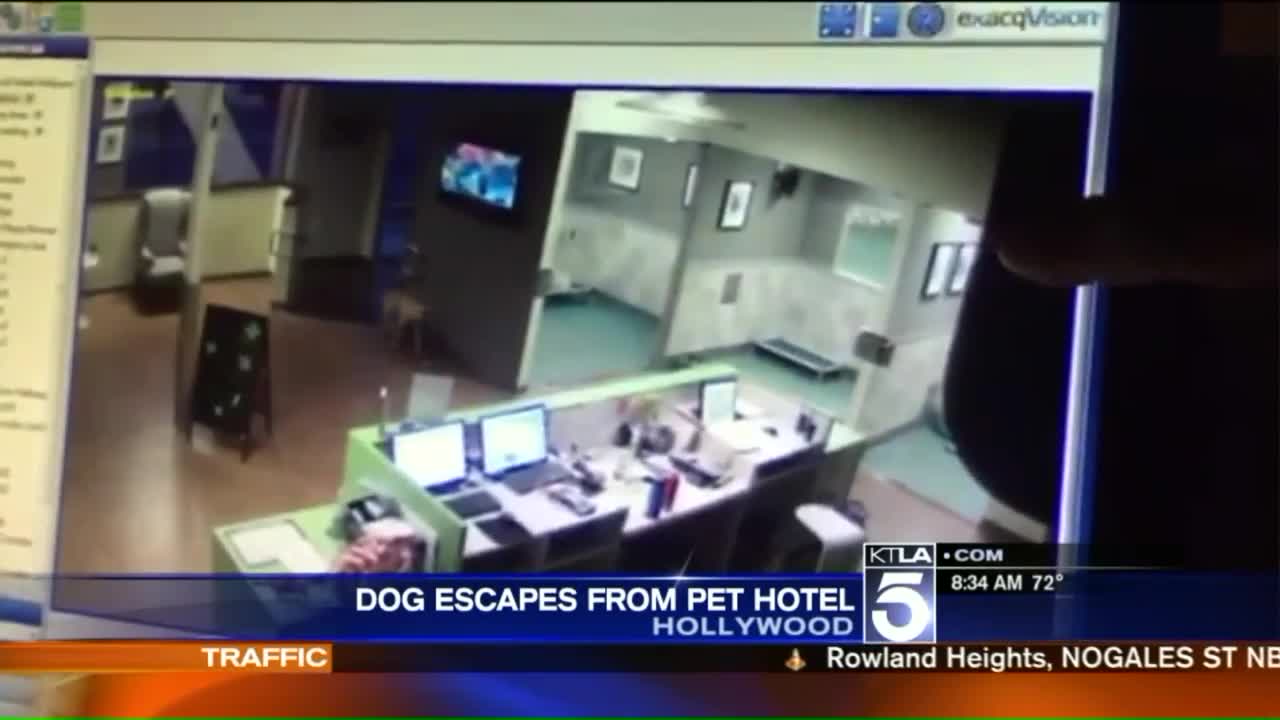 KTLA -- A reward was being offered Friday for the return of a dog who escaped from the Pooch Pet Hotel on Highland Avenue in Hollywood.

Surveillance video from inside the dog kennel shows "Cash" opening the door of his enclosure and then running through the lobby before pushing open a door to the street.

That was last Saturday. Since then, his owners Louis Angelo and Talita Trygsland have been organizing searches throughout the Hollywood area as well as posting fliers, according to a post on the FindingCash Facebook page.

The most recent sightings of Cash were around Hollywood High School and near In-N-Out Burger on Sunset Boulevard.

Cash is an 8-year-old Labrador/mastiff mix. He weighs about 65 pounds.

"Cash is a rescue dog with separation anxiety. He is very attached to his mom and dad who love him very much. He is very friendly with humans, not so comfortable with other dogs. He is fearful of loud sounds and wind and is easily startled," the post stated.

More from AOL.com:
Colorado news anchor apologizes to dog
This dog is little and needy, but he doesn't mess around
Dog gets new toy and can barely keep it together