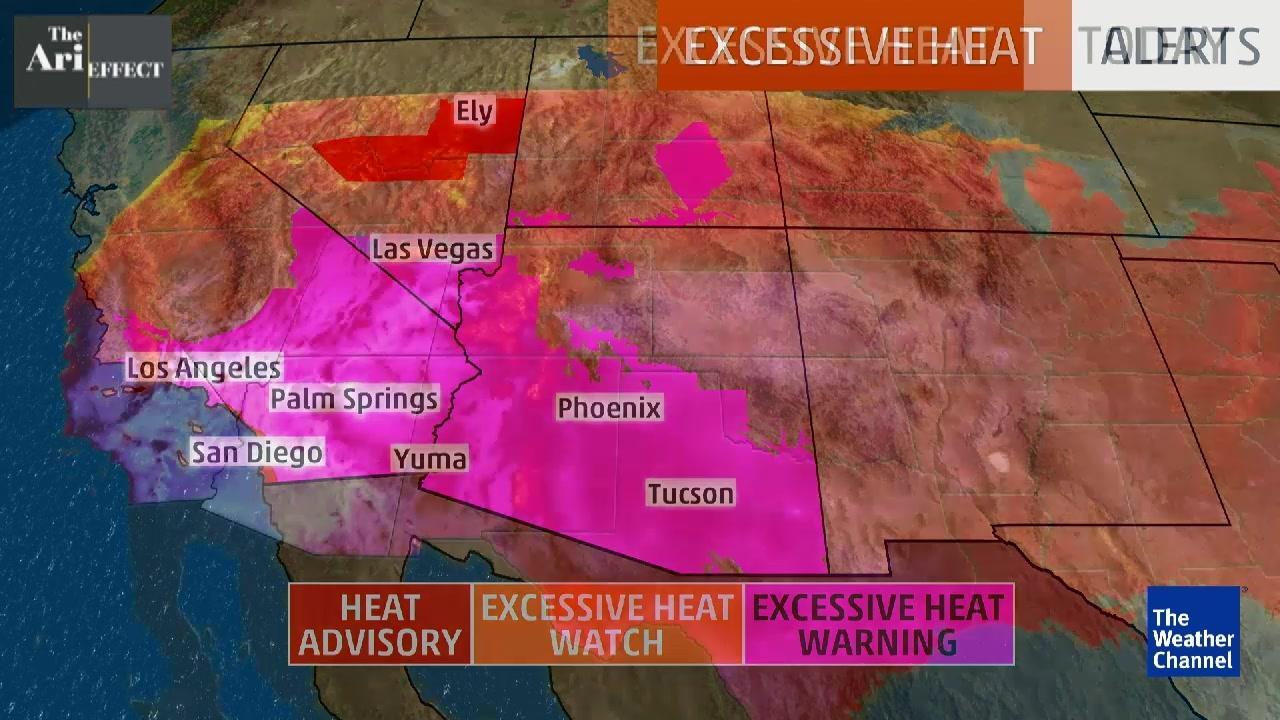 The so-called Flex Alert was posted until 9 p.m. Pacific time during a second day of triple-digit temperatures expected to strain Southern California's energy production, creating the potential for rolling blackouts on the first official day of summer.

Scorching heat in the Southwest

Southwest's scorching heat wave
Up Next

The blast-furnace-like heat prompted the city of Los Angeles to keep its network of public "cooling centers" - libraries, recreation centers and senior centers - open for extended hours as a haven for people whose homes lack air conditioning.

Brett Lopes, 31, a freelance lighting technician, stopped in a Home Depot outlet near downtown to buy supplies for a homemade air conditioner he called a "swamp cooler" to use while he waited for his landlord to repair his broken AC unit.

"It's brutal," he said of the heat, explaining that he looked up directions on YouTube for assembling the makeshift cooling device. "It doesn't work as well as AC, but it's better than sitting in 100 degrees."

Others flocked to public swimming pools.

"It was really refreshing today, but more crowded than usual," said Paul Stephens, 31, a pastor who was swimming laps at the Rose Bowl Aquatic Center in Pasadena, where the mercury climbed to 108 degrees.

The California Independent System Operator (ISO), which runs the state's power grid, urged consumers on Monday to cut back on electricity usage, especially during late-afternoon hours.

Utility customers were advised to turn off unnecessary lights, set air conditioners to 78 degrees Fahrenheit or higher, and wait until after 9 p.m. to run major appliances, such as clothes washers and dryers.

Much of the Desert Southwest simmered in a second straight day of record, triple-digit temperatures, as the National Weather Service extended excessive-heat warnings through Wednesday for southern portions of California, Arizona and Nevada.

Electricity demand on Monday and Tuesday was expected to top 43,700 megawatts, compared with last year's peak demand 47,358 megawatts and the all-time high of 50,270 megawatts in July 2006, according to the ISO.

All customers, including homes, hospitals, oil refineries and airports, are at risk of losing power at some point this summer because a majority of electric-generating stations in California use gas as their primary fuel.

Since the energy crisis of 2000-2001, the ISO has imposed brief, rotating outages in 2004, 2005, 2010 and 2015, mostly related to unexpected transmission line or power plant failures during periods of unusually high demand.

Southern California Gas Co, the division of San Diego-based utility giant Sempra Energy that owns the facility, remains barred from refilling the underground storage reserve until it is deemed safe to operate again.

The gas leak at the site, the worst-ever accidental methane release in the United States, forced thousands of nearby residents from their homes for several months. The leak was finally plugged in February.