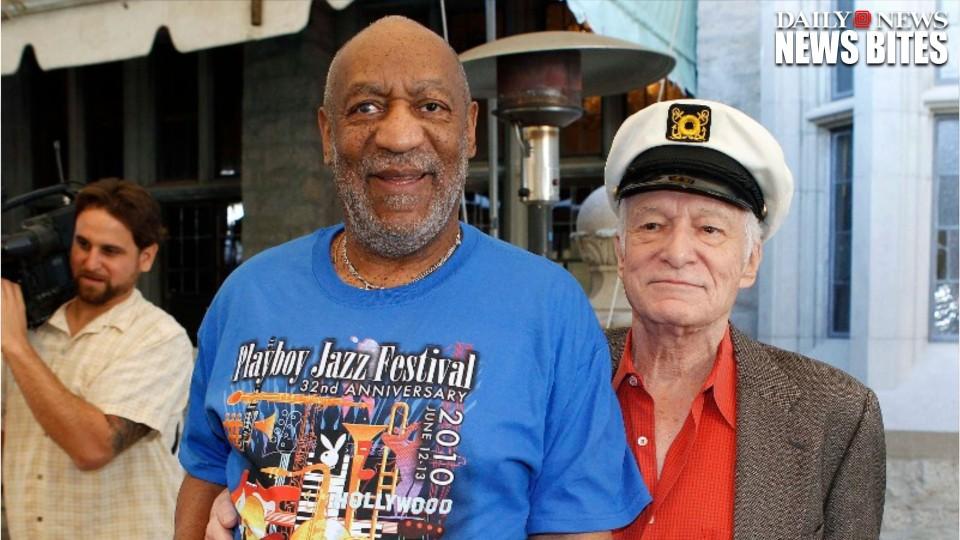 Back in 2015, the model was one of dozens of women who came forward to accuse Bill Cosby of sexual assault. In her instance, she alleges being given a drink by Cosby at an event at the Playboy Mansion in 2008. She suspects that something was slipped into her drink and says she blacked out and awoke to find herself naked on a bed with Cosby biting one of her toes.

A few months after filing a lawsuit, she met with the Los Angeles Police Department and gave a statement. Around that time, TMZ had a story how Goins claimed her incident with Bill Cosby had happened at the Midsummer Night's Party at the Playboy Mansion on Aug. 9, 2008 and that Cosby had proof he wasn't there that night.

According to an amended complaint filed last week, Goins states "the incident 'did not' occur at the Playboy Mansion's Midsummer Nights Dream party as reported in certain media outlets. Additionally, police records show that Defendant Cosby did in fact attend a party at the Playboy Mansion in February 2008."

The date of the event holds some significance.

(Matt Moyer For The Washington Post via Getty Images)

Goins was born on May 17, 1990 so if she actually was assaulted by Cosby in Feb. 2008, she would have been a minor — triggering a significantly longer statute of limitations. But again, Goins doesn't remember everything.

"Because of the nature of events which occurred to Goins, namely a drugged sexual assault, Plaintiff is unsure of the exact date of the trip to the residence, but she knows that it occurred in 2008," states her amended complaint.

That's not precisely what she told authorities.

According to a charge evaluation worksheet from the Los Angeles County District Attorney, Goins — seemingly identified as Jane Doe #2 — was apparently sure her encounter with Cosby happened when she was 18.

"Initially, the incident described by Jane Doe #2 was reported to have occurred at an event called a 'Midsummer Night's Dream Party' held on August 9, 2008," states the report. "During the course of the investigation, however, Jane Doe #2 told investigators that she was unsure if the incident occurred during that event, but was certain the party she attended took place in the summer of 2008."

The D.A. decided not to pursue charges. Investigators found that Cosby was only on the guest list for one event in February. Additionally, Goins provided investigators with the name of a friend who had accompanied her to the event, but when investigators located this possible witness, the individual denied knowing Goins.

See photos of Bill Cosby through the years:

Cosby's attorneys used this report from the D.A.'s office as part of an effort to dismiss her lawsuit as outside the statute of limitations. However, when Goins amended her complaint last week, the motion to dismiss became moot. Nevertheless, in more court papers, Goins' attorneys argue the charge evaluation worksheet is unreliable hearsay.

As for a faulty memory, Goins' amended complaint actually attempts to use it to some advantage.

"As to both the issue of equitable tolling and equitable estoppel, Cosby by and through his actions of using drugs on his victims like Goins, affirmatively created a condition by which the victims, like Goins could not exactly remember all details and the circumstances surrounding their assaults," it states. "Over time, given the use of drugs in his attack, Goins is not clear regarding the exact date of her assault. Cosby should be estopped from asserting the Statute of Limitations because he should not be permitted to benefit from the exact modus operendi of his act (i.e. drugging and sexually assaulting someone so they do not have a clear memory)."

Goins might not remember everything (and that could hurt her case down the line) but she essentially asserts Hugh Hefner does — or at least, should.

Hefner is a co-defendant in the case, and at present, a judge is being asked to remand this case to Los Angeles Superior Court. The defendants' attorneys have suggested that Hefner was fraudulently joined into the case so that Goins could get her abuse claims before a state judge. Hefner has also sought dismissal because of a lack of factual support to allegations he should have known about Cosby's activities.

The amended complaint (read here) looks to do more than get this lawsuit to a state judge, anticipate and beat the statute of limitations defense. Goins also is beefing up how Heftner is allegedly tied to the case. The amended lawsuit discusses Playboy Playmates and others who spoke in interviews of Cosby abuse and how this meant that "Hefner knew, from prior press and through the above events that occurred at the Playboy Mansion and directly through reading media about his close friend, Cosby, that Cosby was a threat to women, drugged and raped women. Despite this knowledge, Heftner continued to provide Cosby women directly and indirectly at his home, the Playboy Mansion."

Goins adds, "Hefner provided the means and access to young, beautiful, women with full knowledge that Cosby was a serial sexual predator."