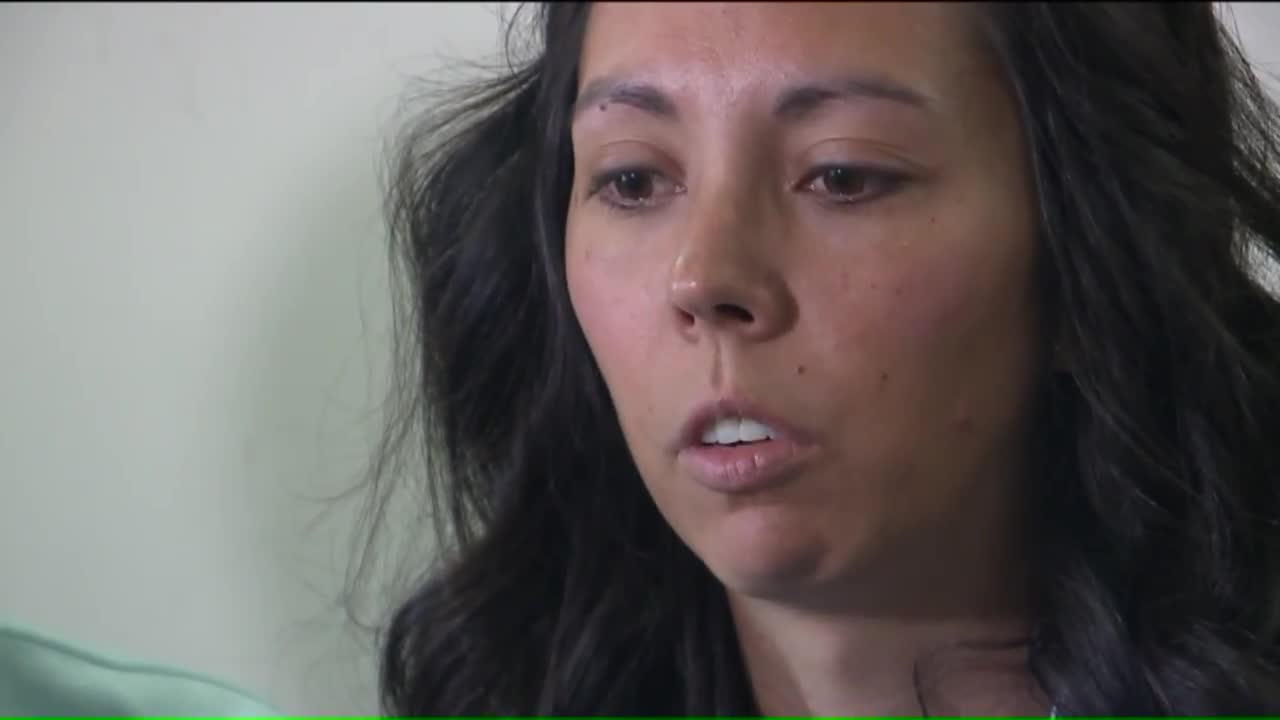 LEHI, Utah (KSTU) -- A Lehi family is grieving and spreading an important message on this Father's Day after their 3-year-old girl died in a swimming accident.

The Anderson family is at a complete loss after their daughter Reagan accidentally went into a pool without her life jacket on.

"It's heartbreaking, you see these stories and you don't think it'll ever happen to you," said Jaclyn Anderson, Reagan's mom, as tears streamed down her face.

The family was in Alpine on Thursday, spending the day swimming.

"We had gone over to a friend's house, and it was a fun day, it was a really fun day," Anderson recounted.

She said Reagan took off her life vest to go to the bathroom. Minutes later, Reagan returned and, unbeknownst to anyone, went into the pool without putting the life vest back on.

"All five of my kids were there," she said. "It only takes a split second for you to lose sight of them."

The incident was a complete and tragic accident.

Jaclyn showed videos and photos of Reagan. In one video, she frolics through a garden of tulips, spinning and twirling as she skips. It's apparent the 3-year-old was a bright, spunky girl with a big personality.

For the Andersons, Reagan was truly God's gift and an answer to their prayers.

"She has been a miracle for us from the beginning," Anderson explained. "We have three older boys, and I so badly wanted a little girl. And there was a lot of prayer to my Heavenly Father to send us a girl."

Now, they closely cling to those photos and videos that show their little angel doing what she did best: bringing a smile to their faces.

They want other families to hear this message now: "I would just ask those parents to hold their kids a little bit tighter," Anderson said, as she cried. "To never take for granted the time that you've been given with them."

Through the tears and grief, they're amazed by how the community has rallied to help.

Ben and Jaclyn said family, friends, neighbors and even complete strangers have poured in with love and support.

Neighbors and friends tied pink ribbons on fences and trees throughout their Lehi neighborhood, as well as all over the Anderson's front porch and yard.

Ben said they've gotten everything from food donations and gifts, to money, to people mowing their lawn.

"Just look at the different people that have contributed and just say to ourselves, 'Wow,'" Ben Anderson said.

"It really touches our hearts, and helps us a lot during this time," Ben Anderson said.

"It eases the pain just a little," Jaclyn said, and added emotionally, "but we miss our baby girl."

The family had just welcomed a second daughter four months ago. They said Reagan was so excited to be a big sister, and they'll make sure their youngest grows up knowing how much her older sister loved her.

Anyone who wants to help the Anderson family can donate here.

More from AOL.com:
Sheriff's sergeant charged with child pornography shot himself after posting bail
3 boys dragged girl by rope around her neck during a school trip, says lawsuit
Michael Willett's new music is here -- and it's so good