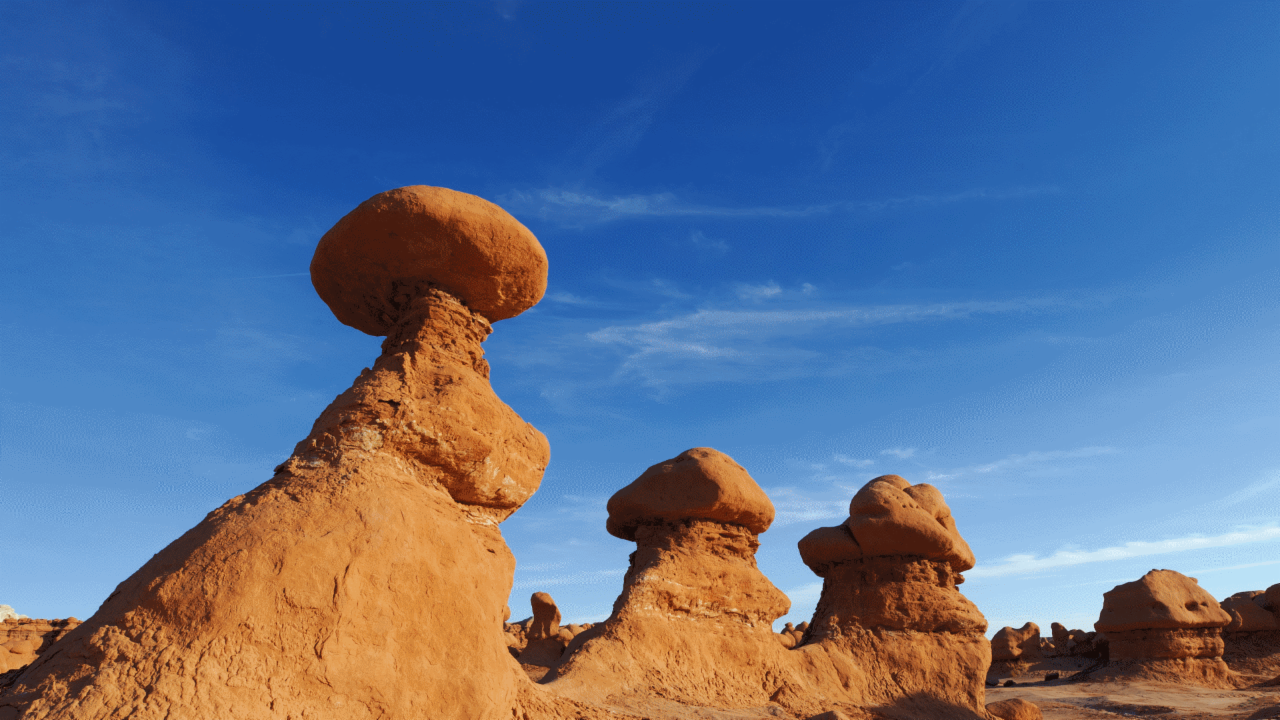 At an early age we are taught that the seas and skies are blue, deserts are brown and grasses are green. But Mother Nature is full of surprises.

Many of these bizarre places are not easily accessible, protecting them from the damages that come with tourism. But if you manage to make it to them, then you are in for a true treat.

Click below to see these natural wonders you will not believe are real.

Caño Cristales. Depending upon the season, the waters of this Colombian river run red, green, blue, yellow, or orange. Some refer to it as the 'Liquid Rainbow' while others opt for the more poetic 'river that ran away from paradise.'

Lake Hillier. Though it looks like something that belongs on the grounds of Willy Wonka's Chocolate Factory, this bright pink lake is actually in Australia. It isn't the world's only rose-tinged body of water, but it does possess the unique ability to retain its color when temperatures shift. Why that is remains unknown.

Cave of Crystals in the Naica Mine, Mexico. Crystals forming in caves isn't typically all that newsworthy, but when pillars of gypsum grow to be numerous times larger than a human, it turns some heads. The site was discovered around 2000 by a couple of miners who were out in search of lead.

Pamukkale. Its name translates as 'Cotton Palace' as that's the image the terraced hollows and expansive mineral depots evoke. The water that washes over them is believed to have medicinal properties, making the Turkish location a popular wellness destination.

Zhangye Danxia Landform. Mountains are generally awe-inspiring, but these painterly beauties in China are definitely more so than most. It took about 25 million years of sandstone and minerals being deposited and eroded to achieve the dazzling effect.

Blood Falls. Rest easy – it's not really blood that's pouring from the Antarctic cliff. What causes the water to take on a ruddy appearance stems from it having been isolated from the rest of the world for millions of years. Over time it's become particularly salty and iron-rich, which gives it a reddish hue.

Dean's Blue Hole. Despite its rather humble sounding name, this Bahamian geological feature is the deepest known water-filled sinkhole in the world. Its depth has been recorded at 663 feet, which is twice the typical maximum for pits of its kind.

The Eye of the Sahara. In the midst of the desert rests a rock bullseye that measures approximately 30 miles across. It's believed that it started off as a dome pushed up from the Earth's surface. From there it was likely carved out by years of environmental wear and tear.

Marble Caves. It's not an easy place to get to, but the system located in Chile's Patagonian Andes is considered well worth the trip. While the swirled cavern walls are a sight to behold all on their own, it's their reflection on the surrounding blue waters that is often considered to be the most breathtaking.

Goblin Valley State Park. If running through a naturally formed mountain maze amidst 150-foot tall goblins sounds like your idea of a good time, you may want to book a trip to this Utah locale. Years of erosion has resulted in the formation of shapes that many say look just like creatures of lore.

More from AOL.com:
What your old coins are worth now
AOL.com Father's Day 2016 Sweepstakes Official Rules
The perfect cocktail to beat the summer heat

Fight acne and skin inflammation with this serum

This jacket is being eyed by 500 people at Nordstrom