Man caught shoplifting incredible amount of meat in his pants 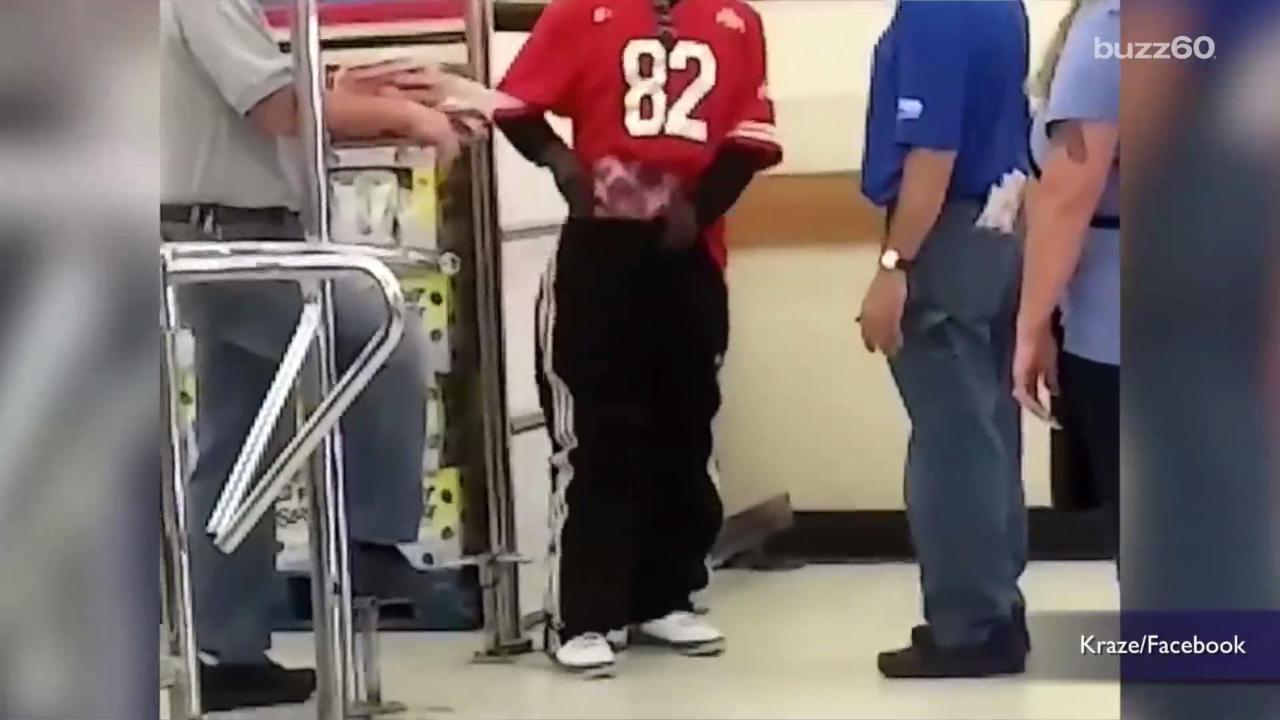 An unidentified man in a red sports jersey was caught trying to shoplift an astonishing amount of meat in his pants.

A video that is now going viral shows a store employee approach the man as he attempts to walk out.

"I got you," the worker can be heard saying. "I don't care what you are. This is about the third or fourth time you've done this to me. You should be going to jail."

Unusual news stories
LINGBAO, CHINA - DECEMBER 09: (CHINA OUT) 35-year-old hairdresser Li Hailiang makes out a 'painting' of Marilyn Monroe with hair on December 9, 2015 in Lingbao, Henan Province of China. Li Hailiang, a 35-year-old hairdresser, loved painting from childhood. Inspired by the art of sand painting, Li Hailiang made out portrait 'paintings' of celebrities such as Marilyn Monroe, Qi Baishi and landscape 'painting' Potala Palace with hair. (Photo by ChinaFotoPress/ChinaFotoPress via Getty Images)
NANJING, CHINA - OCTOBER 18: (CHINA OUT) A dog dressed up prepares for a group wedding ceremony for dogs on October 18, 2015 in Nanjing, Jiangsu Province of China. 15 dog couples got married with marriage certificates in the group wedding ceremony for dogs on Oct 18 in Nanjing. (Photo by ChinaFotoPress/ChinaFotoPress via Getty Images)
LIN'AN, CHINA - AUGUST 07: (CHINA OUT) Two customers have meal on a floating restaurant at a scenic spot on August 7, 2015 in Lin'an, Zhejiang Province of China. A scenic spot in south China's Lin'an in Zhejiang Province opened floating restaurant that visitors could enjoy their meals on the water. (Photo by ChinaFotoPress/ChinaFotoPress via Getty Images)
Up Next

After a brief exchange, the employee says, "give me that crap now."

What happens next is nothing short of incredible.

The gentleman in question then proceeds to take package after package of assorted types of raw meats, including a full rack of ribs, from his pants.

The video was posted to Facebook June 8 and has since garnered more than 63 million views.

It is unclear where the incident took place or if charges were filed.

Watch the viral video below: