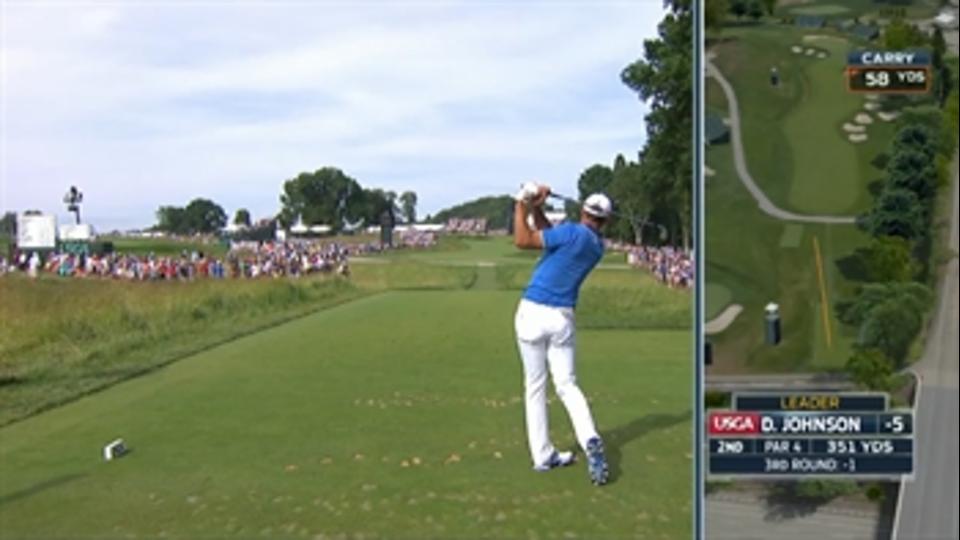 Dustin Johnson has jumped out to a 2-stroke lead early in the third round of the U.S. Open. But things suddenly took a sour turn on the second hole.

Seemingly taking the safe route with an iron off the tee at No. 2, Johnson hit his drive way left and off the head of an unsuspecting fan who was standing about 20 yards from the fairway. The ball ricocheted and ended up under a concession stand.

The fan, a bigger guy (in blue shirt), seemed OK and gave the camera a thumbs up. As for Johnson, he had to take a drop behind the concession stand, which in the end, was probably not the worst outcome when missing the fairway at Oakmont.