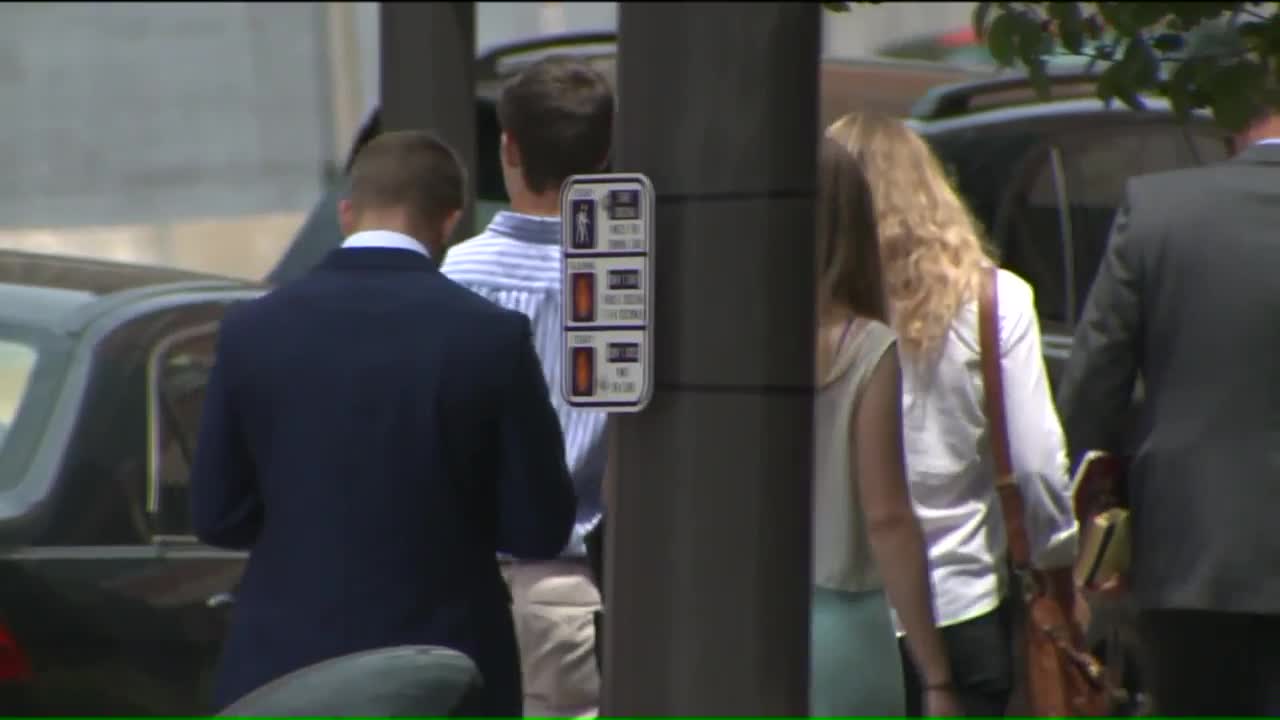 On Friday, the jury heard frightening stories from boys, most of whom were 15 years old at the time. They described incidents of upper classmen storming their rooms, pinning them down, and jamming a pencil into them from behind through their boxer shorts.

Four victims and one witness all pointed out Maverick Holmsley as one of those upper classmen who entered their rooms and helped restrain the victims. One of the witnesses said his roommate was screaming as Holmsley and others held down a 15-year-old while another teen appeared to be pushing his hand into the victim from behind. That victim said he woke up to the swarm of boys who laughed as they left room.

Holmsley was expelled from Principia as a result of the accusations.

The defense did not present much of a case other than to try to discredit every victim by questioning "who" they reported seeing and at one point questioning what one victim said he felt. The defense also often used the word "prank" and pointed out that some kind of clothing remained on the victims despite the fact the victims described that clothing was also being pushed up into them.

The trial revealed tremendous strength from each of the victims who unflinchingly told their stories, sometimes through tears. The witness who described his roommate screaming also pointed out that he was friends with the defendant and did not want to be in the position of testifying as he did.

"The day we excuse sodomy as a prank is the day we fail our kids," St. Louis County Assistant Prosecutor Melissa Smith said to jurors before they went into deliberations.

Holmsley was convicted on all counts. He'll be sentenced August 5.