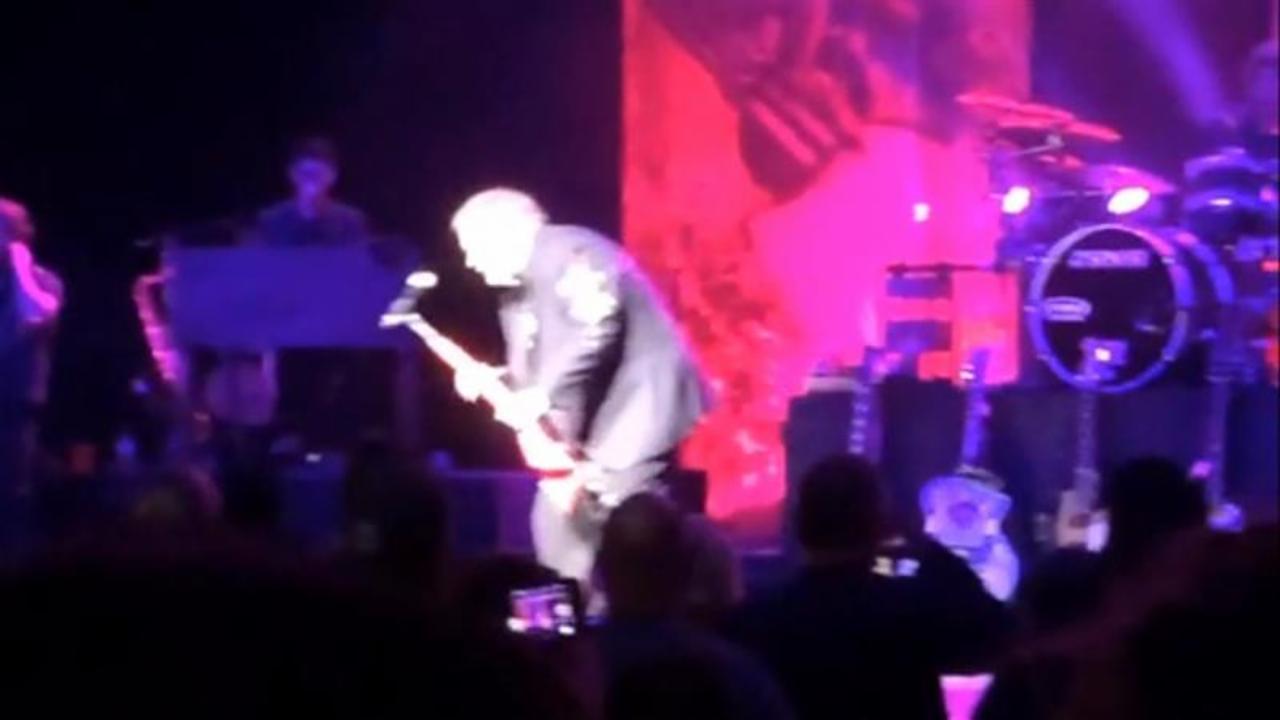 The rock musician known as Meat Loaf collapsed on stage during a concert in Canada on Thursday night, according to fans in attendance and video that captured the incident.

The 68-year-old singer was performing his hit "I'd Do Anything for Love" when he appeared to suffer some type of health issue and lay down during the show at Northern Alberta Jubilee Auditorium in Edmonton.

A spokesperson for Alberta Health Services confirmed that a patient was transported from the concert venue to an Edmonton hospital, but would not identify the patient or the patient's condition.

NBC News was not immediately able to reach representatives of Meat Loaf, who was born Marvin Lee Aday.

The incident came after Meat Loaf canceled a concert in Calgary on Monday due to illness. He is on a Canadian tour that wraps up in July, according to his website.

"For the whole show Meat Loaf seemed a little out of it," said Callie Young, 29, who was in the 8th row at the concert. "I actually told my boyfriend I was having a hard time enjoying the concert because I was concerned for his health."

See Meat Loaf through the years :

She told NBC News that about an hour into the show the singer took a short break, sang "Two Out of Three Ain't Bad" and started singing "I Would Do Anything for Love."

"Before the first chorus he just dropped," Young said. "We thought it was part of the show but it got very serious very quickly."

Young said venue security and his stage crew crowded around Meat Loaf and then security made everyone leave in "a calm, orderly fashion which most people did."

In 2013, Meat Loaf told the news agency Reuters that he did not want to travel anymore, during what he then called his final tour. He collapsed on stage in 2011, and later blamed past concussions and complications from asthma, Reuters reported.

Meat Loaf has seven more concerts in Canada through July 2, according to a show list posted on his website. The next concert is scheduled for Saturday in Cold Lake in northern Alberta.