Man stung by extremely dangerous clinging jellyfish: 'Almost like a knife cut me' 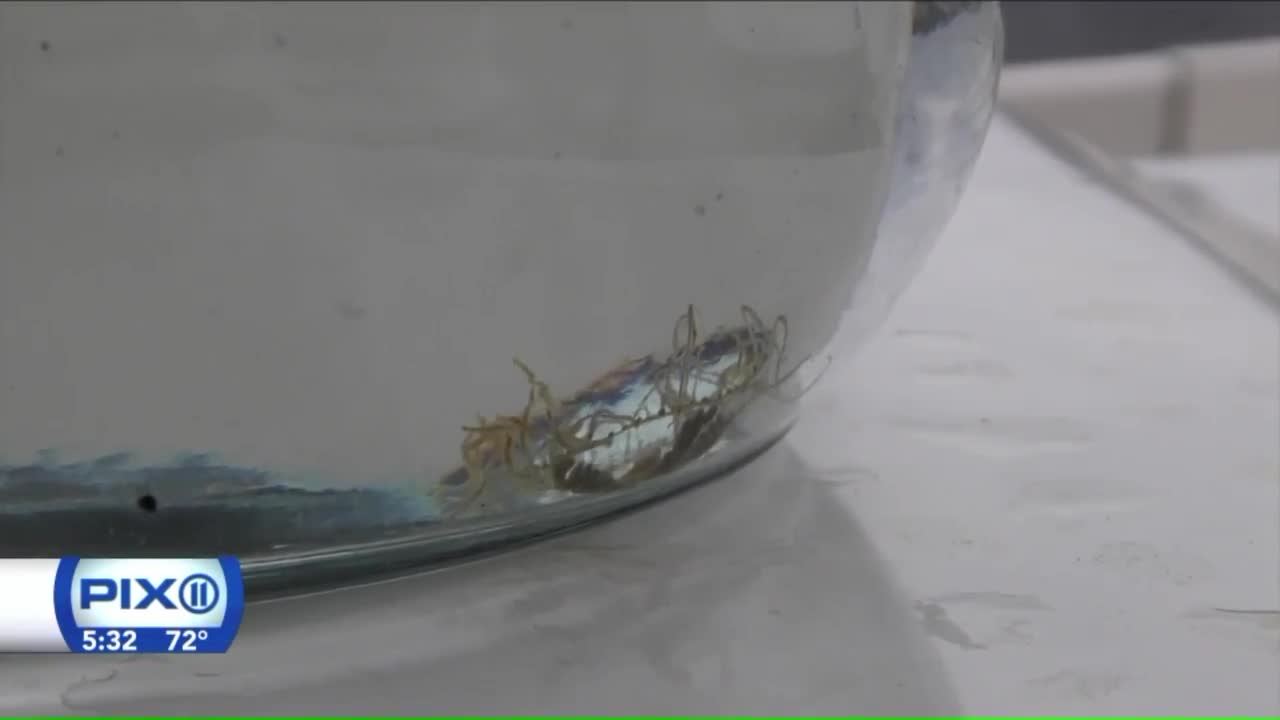 OCEANPORT, N.J. (WPIX) -– A New Jersey town says a man has been stung by a clinging jellyfish and hospitalized.

Out for a swim Saturday night in the Shrewsbury River but in the hospital within hours. Twenty-year-old Matt Carlo said he knew he got stung by something unusual.

"It was like the jellyfish kind of grazed by side," he said. "Almost like a knife cut me."

When his joints began to tingle and his muscles tensed up, he rushed to the emergency room. But doctors didn't know what was wrong and send him home.

Hours later and in excruciating pain, he went back. But the venom simply had to run its course.

Dr. Paul Bologna, director of marine biology at Montclair University, said this species of jellyfish is not from around these parts.

"We've never had them," he said. "There are no reports of them in New Jersey until basically a week ago."

"The high probability if they've been here fora while but their numbers are getting high enough," he said.

The New Jersey Department of Environmental Protection is trying to figure out how many might be out there, but didn't find any on Thursday.

Dr. Gary Buchanan, of the state agency, said its "great thing" none of them were even found.

Center for Disease and Control offered these tips to prevent a jellyfish stings in the future:

RELATED: This jellyfish is actually immortal: