Here's why we trash 26 billion pounds of clothing a year 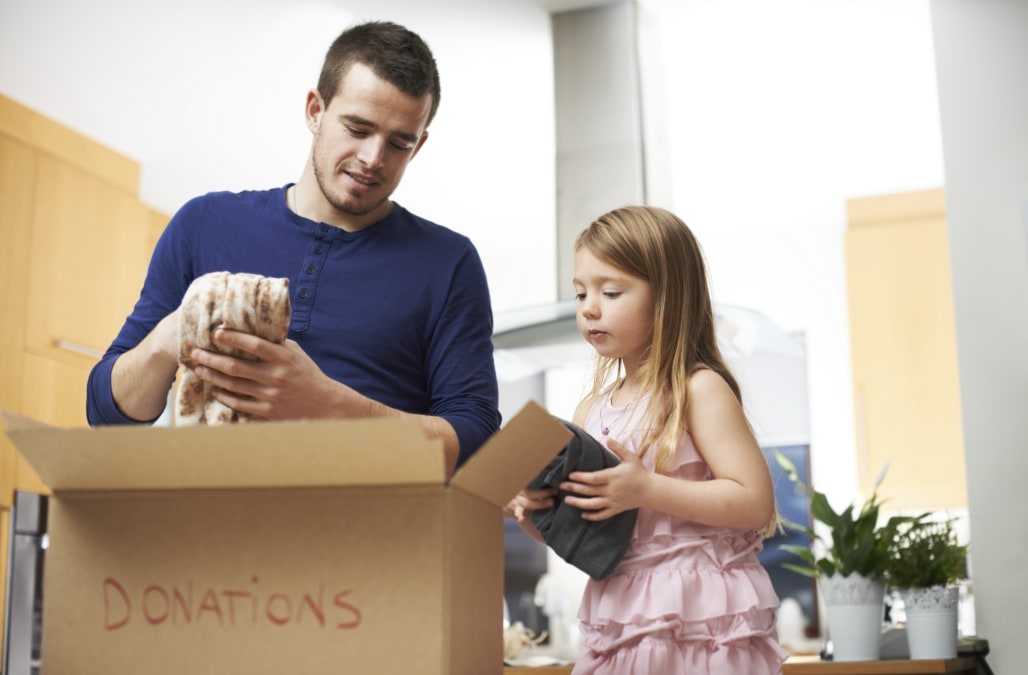 Type the hashtag #fashionhaul into the search box on Instagram, and you'll find yourself headed down a rabbit hole of videos in which people reveal all the clothing they purchased during their latest shopping spree. But what viewers don't often get a glimpse of is what happens when folks have to make room in their overstuffed closets for all those new shirts and pants.

Needing to make space in a closet is the No. 1 inspiration for people to haul their old shirts, skirts, and pants to a donation center—more than charity drives, moving, or experiencing a change in marital status. But not everyone is recycling their too-small low-rise jeans. The average American will still trash 81 pounds of unwanted garments this year, which equals 26 billion pounds of textiles annually added to landfills.

Those are just some of the key findings of the State of Reuse Report, which details people's habits and beliefs about clothing consumption and reuse. The report, commissioned by global thrift retailer Savers and released on Wednesday, is based on a survey of nearly 3,000 residents of the United States and Canada.

Of those respondents who said they don't donate old items, one in three said he or she doesn't because it's more convenient to throw things away. At the same time, people underestimated how much clothing they were trashing. The average person chucks roughly 8.1 trash bags of clothing per year but estimates the amount to be 4.7 trash bags' worth, according to the report.

"People are unaware of the amount of clothing they throw away because, in general, they don't fully understand how much they are consuming and the amount of natural resources that go into making new clothing," Tony Shumpert, Savers vice president of recycling and reuse, wrote in an email to TakePart.

Savers partners with about 120 nonprofits and pays them for donated items that they've collected. The company collects "all clothing, accessories and household goods," regardless of condition, wrote Shumpert. It then sells those items in its 330 stores in the U.S., Canada, and Australia. That makes increasing donations, as well as creating "more awareness of the environmental impact of clothing and textile waste," priorities for the company.

The report notes that one of the challenges to getting people to donate items is that folks often aren't sure whether an item can be donated if it's not in great condition. If you don't want to wear a T-shirt with armpit stains, does someone else really want to?

What's also confusing to the public is that centers have differing guidelines for donations. "The standards for donated items across the thrift industry varies. Some organizations accept used goods that are not in perfect condition while others do not," wrote Shumpert.

As a result, 54 percent of respondents said they've thrown away an item because they didn't think it would be accepted by a donation center. The report found, however, that 74 percent of people said they'd be more likely to donate old clothing if they knew that a center would take items regardless of condition.

Consistency is needed. Shumpert wrote that Savers is "working with the Secondary Materials and Recycled Textiles Association, the Council for Textile Recycling, and the National Zero Waste Council on developing solutions for engaging nonprofit organizations and municipalities on this topic."

The report also provides insights into what will make people not only donate items but also purchase used goods. Half of respondents said they shop at thrift stores to save money. But shopping at a used clothing store also disrupts the cycle of fast fashion, which tends to rely on sweatshop labor for production.

Donating and buying used clothing also has a positive environmental impact. "Given that it can take more than 700 gallons of water to produce a t-shirt, whether it is fast fashion or not, participating in the reuse cycle can have a huge impact," wrote Shumpert. Just over half of the survey respondents said that they were more likely to donate clothing after learning about the clothing industry's environmental impact.

So how do we make donating easier and make sure the environmental and community benefits of doing so are more clearly communicated? Shumpert believes launching education and awareness campaigns, such as those geared toward encouraging people to recycle bottles and aluminum cans, is one solution.

In addition, about 90 percent of respondents believed students should be taught about reusing textiles, so that future generations see having sustainable habits as the norm. "We can also partner with nonprofits and other organizations to make donating more convenient by adding drop-off locations at apartments or office complexes," wrote Shumpert.

Above all, people "should know that they can make a difference by fully understanding the environmental impact of discarding unwanted goods. We want people to first be aware of the problem, and then help address it by extending the useful life of clothing," wrote Shumpert.

The record high of donations last year is mind–blowing: