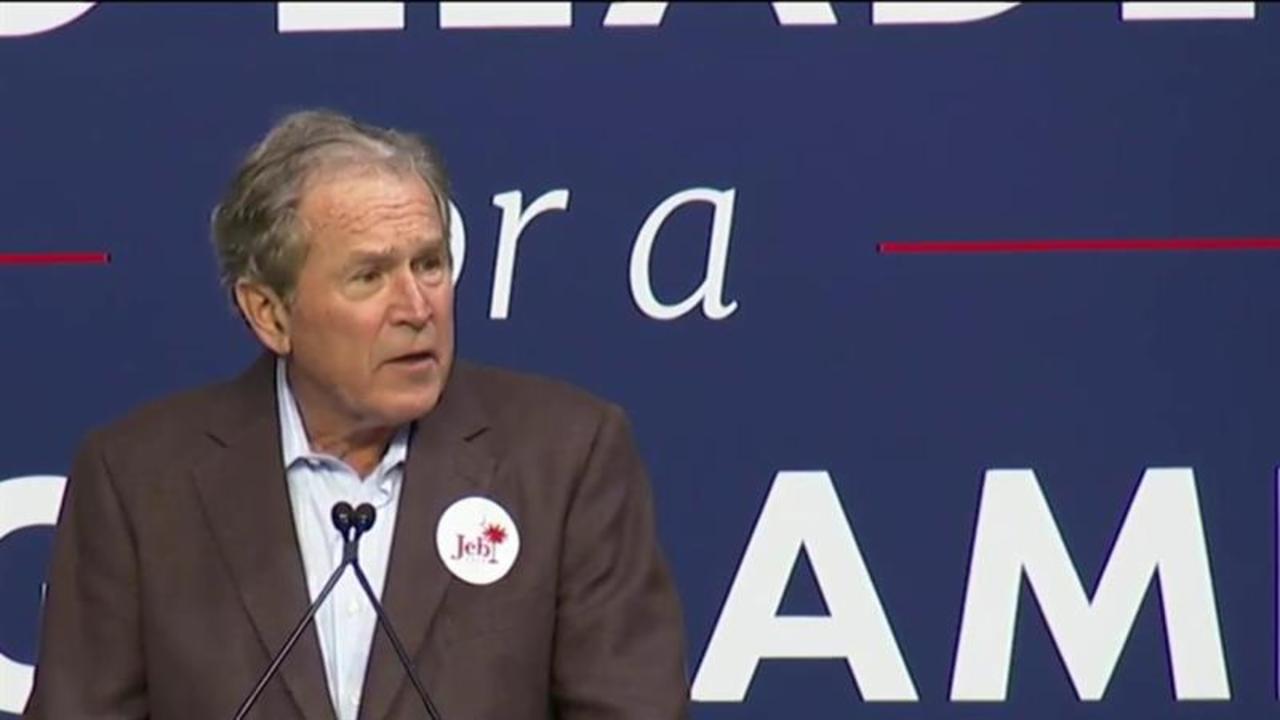 Republican senators facing tough races this year may not get much help from their party's presidential nominee Donald Trump — indeed, he may be one reason why they are so vulnerable — so former president George W. Bush has come out of the political shadows to help them out.

Bush, the New York Timesreports, has held fundraisers in recent weeks for Arizona Senator John McCain and New Hampshire's Kelly Ayotte, both of whom are tight in the polls with their Democratic challengers and neither of whom is exactly thrilled to be running on the same ticket as Trump.

RELATED: 9 prominent Republican politicians who have reversed course on Trump

9 prominent Republican politicians who have reversed course on Trump (BI)

Ayotte, who has been critical of Trump's flagrant racism, has attempted to square the circle by expressing support for the nominee without "endorsing" him per se, but that was more than enough for her opponent, Governor Maggie Hassan, to insist that Ayotte "will need to be held accountable" for his positions as well as her own. McCain has frankly admitted that Trump's presence on the ballot makes his re-election campaign in a state where 30 percent of voters are Hispanic "the race of [his] life."

For his part, Bush revealed last month that he would not endorse Trump or attend next month's Republican convention in Cleveland. In fact, no members of the Bush family are supporting the Republican nominee, who blamed Bush for the September 11 terrorist attacks, characterized him as a failed president, and spent much of the primary season gleefully belittling his younger brother Jeb, the former governor of Florida who some say also ran for president this year.

Trump has no problem with the former president's foray into the campaign, saying, "I like that he's helping certain Republicans," even if he thinks those Republicans are only considered war heroes because they got captured in Vietnam.

While Bush left office with an approval rating of just 34 percent, his standing has improved since then, the Times observes. A Quinnipiac poll from February put his favorability rating at 47 percent. Trump's favorables, by comparison, are currently hanging in the low thirties. Heckuva job, Donny.

More from Daily Intelligencer:
Donald Trump Is the Fearmonger Republicans Have Been Waiting For
Republicans Lose Faith in Teleprompter Trump
How Donald Trump is Actually Winning Over the Republican Donor Class