Aliens may be living under the ice of exoplanets 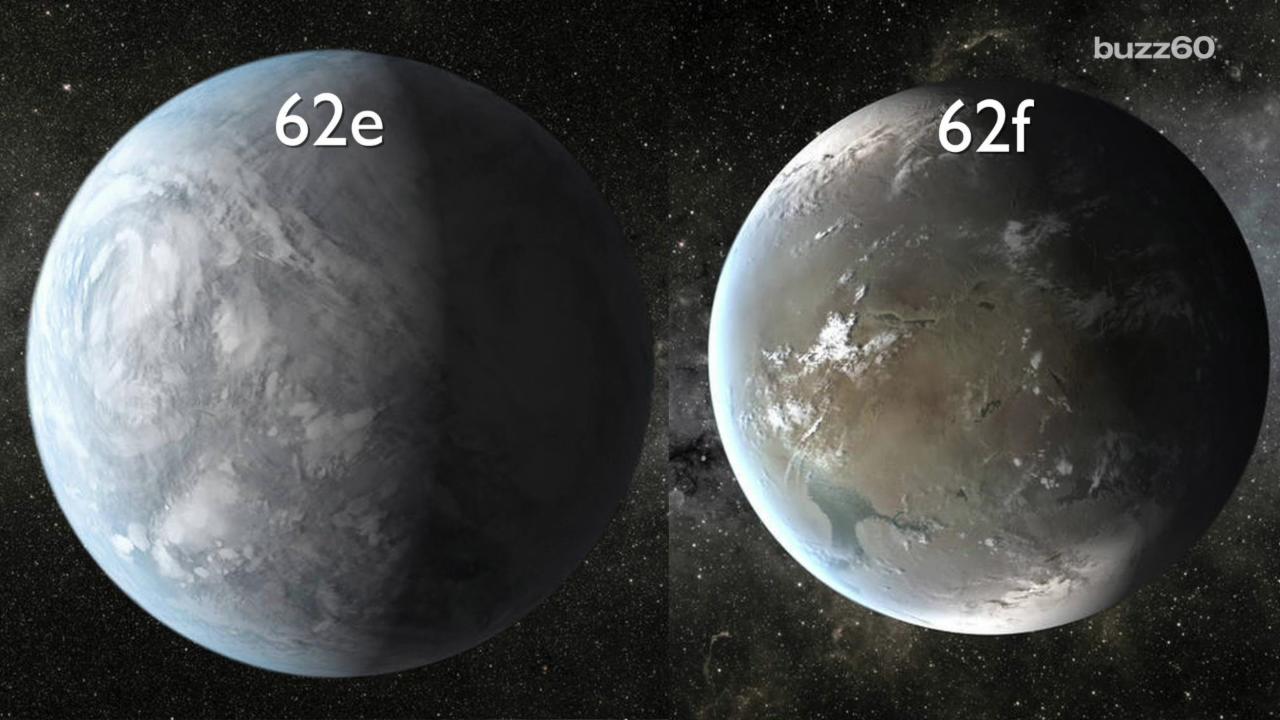 Stephen Hawking is part of a project searching for intelligent life elsewhere in the universe, and the first place they may want to check is under ice.

Because scientists believe oceans hidden under high-pressure ice on alien planets could be 15 times deeper than our own and contain alien life.

Researchers say despite the thick layer of ice, if there enough heat is given off by the planets' interior, water can stay liquid under the icy surface.

The study was led by Dr. Lena Noack of the Royal Observatory of Belgium, whose team came to the conclusion that their water theory would hold true for planets up to 10 times the size of Earth.

The two exoplanets Kepler 62e and 62f could have oceans below their icy surface. 62e is estimated to be 1.6 times larger than Earth, and 62f may be 1.4 times larger.

Researchers are hoping to apply Noack's theory to Jupiter's moon Ganymede, as it appears to have a high water content relevant to its mass.

Or, if you prefer mythology to science, you could posit that any living beings on Ganymede may be hiding in the form of eagles.

NASA's Spitzer Confirms Closest Rocky Exoplanet
This artist's concept shows the silhouette of a rocky planet, dubbed HD 219134b. At 21 light-years away, the planet is the closest outside of our solar system that can be seen crossing, or transiting, its star. (Photo via NASA/JPL-Caltech)
This sky map shows the location of the star HD 219134 (circle), host to the nearest confirmed rocky planet found to date outside of our solar system. The star lies just off the "W" shape of the constellation Cassiopeia and can be seen with the naked eye in dark skies. It actually has multiple planets, none of which are habitable. (Photo via NASA/JPL-Caltech/DSS)
This artist's rendition shows one possible appearance for the planet HD 219134b, the nearest confirmed rocky exoplanet found to date outside our solar system. The planet is 1.6 times the size of Earth, and whips around its star in just three days. Scientists predict that the scorching-hot planet -- known to be rocky through measurements of its mass and size -- would have a rocky, partially molten surface with geological activity, including possibly volcanoes. (Photo via NASA/JPL-Caltech)
Up Next