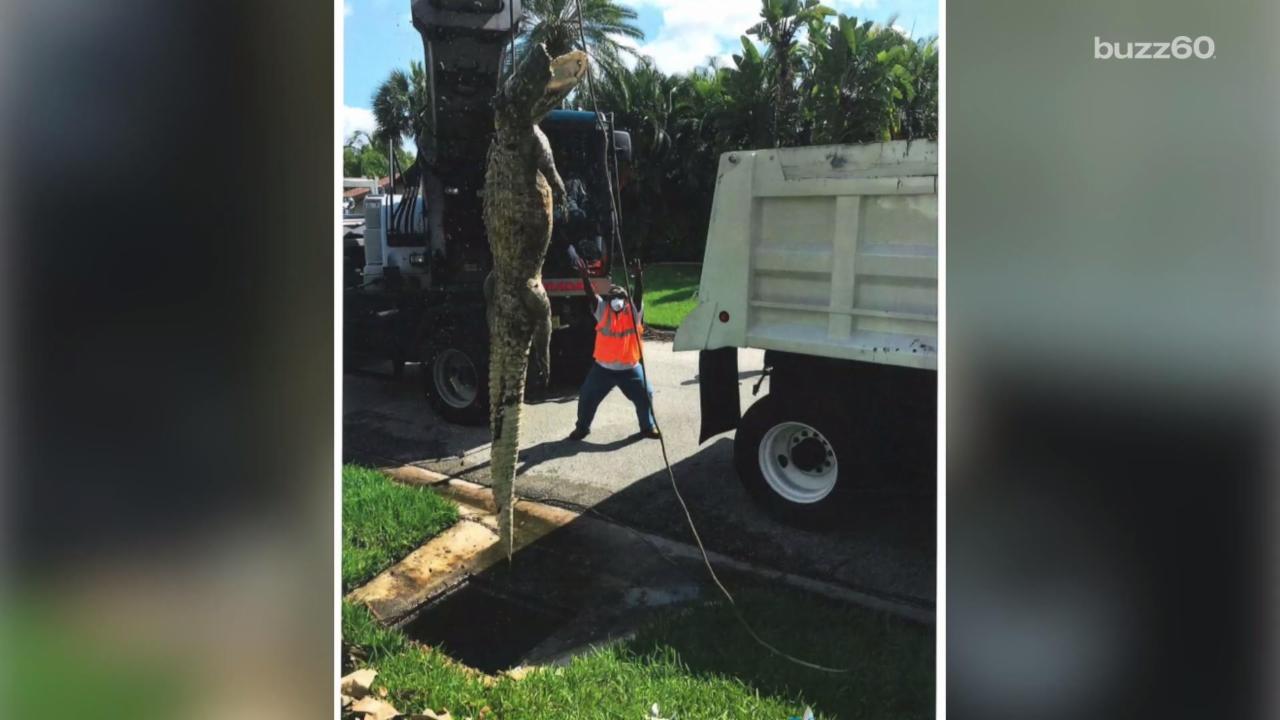 When a street drain clogs, you assume it's just the buildup of litter and possibly overgrown plants down there.

Unless you're in Florida, in which case, an alligator may be responsible.

Maintenance workers were alerted to a foul odor coming out of a storm drain in Lee County, Florida. When they arrived, they were prepared to clean up whatever garbage had most likely clogged the drain.

When they arrived, they found a decaying 11-foot long alligator was responsible for the smell. The crew workers weren't totally shocked, though, since they find these types of reports about twice a year.

However, the massive size of the gator caught these workers off guard.

Lee County official Betsy Clayton assumes the reptile likely entered the drain through a pipe that was just between 14 to 24 inches wide. It's a tight squeeze for an 11-foot gator, but it managed to stuff itself in.

After snapping a quick photo of the massive gator, officials for the Department of Transportation in Lee County were able to remove it with an excavator. The decaying remains were disposed of at a designated dump site.

More from AOL.com:
Target employee defends breastfeeding woman after she is verbally assaulted
Orlando shooter's wife reportedly went with him to buy ammunition, tried to talk him out of attack on gay nightclub
Senator accuses Red Cross of hiding how much money it spent on itself