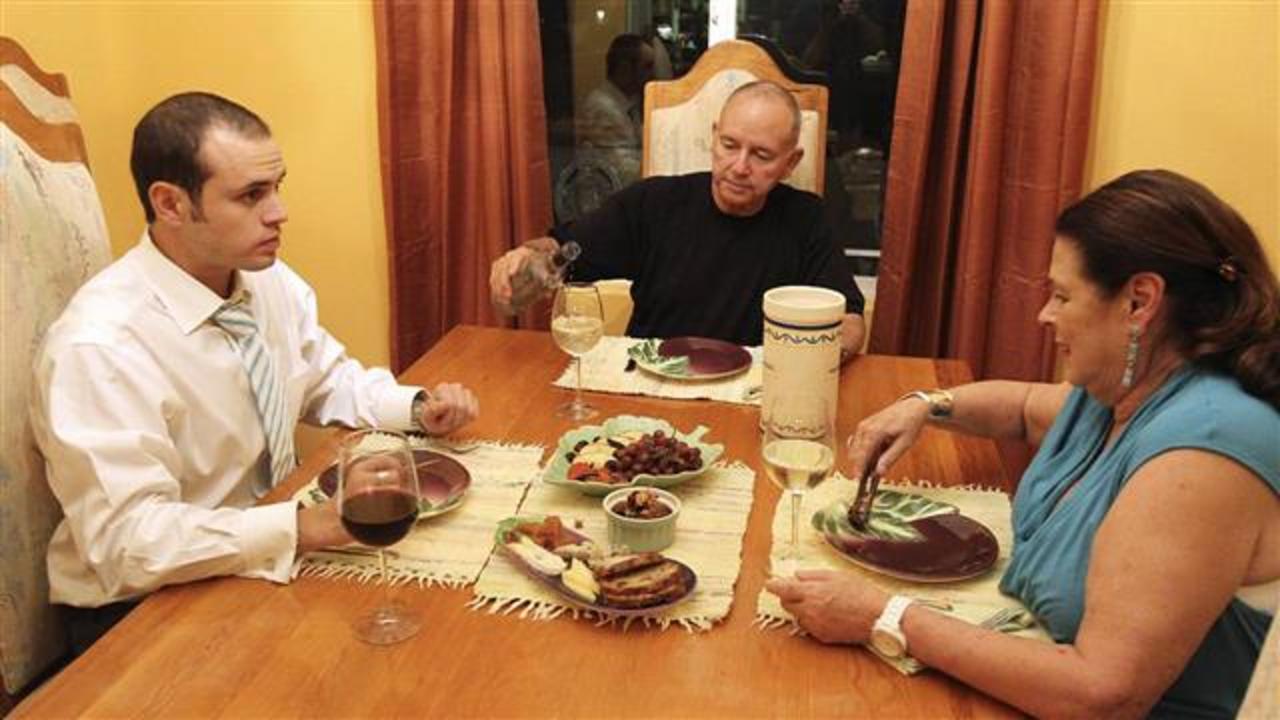 Young would-be home buyers are still sitting on the sidelines of America's housing market, with first-time homebuyers representing a decades-low share. Student loans, high prices and low credit scores have all been blamed for this, but Bank of America recently proposed a different explanation.

Perhaps they're just being patient.

Young adults don't want starter homes, the bank said when explaining the results of a recent survey; they want to wait until they can buy their dream home and perhaps the home they'll grow old in.

"Seventy-five percent of first-time buyers would prefer to bypass the starter home and purchase a place that will meet their future needs, even if that means waiting to save more," the bank says. "Thirty-five percent want to retire there."

When asked why they haven't bought a home, 56% told researchers, "I don't think I can afford a home or the type of home I'd want."

California loan agent and housing expert Logan Mohtashami said he's seen evidence of this in his own sales. Younger folks are looking for larger homes, he said, specifically "more three-bedroom detached homes. That means no condos for them."

But while patience is a virtue, so is facing reality. There's a chicken-and-egg problem with claiming that would-be buyers are simply waiting and saving: There are very few starter homes for them to buy. Would these young people feel differently if they actually had options?

To understand the question, let's back up a bit and get into the numbers.

The housing market is hot — home price listings are up 9% nationally from one year ago, according to Realtor.com. But the market is still broken. Only 30% of homes are being sold to first-time buyers, when the historic rate is 40%, according to the National Association of Realtors (NAR). The absence of (mostly) young first-time buyers creates problems all the way up the housing market food chain, making life difficult for families looking to sell and trade up while turning millennials into a generation of apartment dwellers.

Or perhaps it's not really a problem. It's possible some homeownership attitudes are changing, and trading up is becoming a thing of the past. Older generations were very comfortable buying smaller homes and moving as their families grew. Today's buyers are used to much larger homes — the average home built in 2016 is 2,500 square feet, compared to 1,500 square feet in the 1970s, Mohtashami said.

Meanwhile, long-term trends suggest that Americans — both first-time buyers and trade-up buyers — are staying in their homes longer. A study by the National Association of Home Builders shows families moved after 11 years in 1987, on average, but stayed 16 years in 2011. The research is skewed by the housing recession, but the long-term trend is still for buyers to stay in their homes longer.

Maybe we should call millennials the "one and done" crowd.

But back to the chicken-and-egg problem. First-time home buyers have an average student loan debt of $25,000, according to NAR, which puts a serious damper on home-buying dreams. NAR thinks that debt delays saving for a down payment by an average of three years.

But debt is only one of the obstacles young people face.

"There are several reasons why there should be more first–time buyers reaching the market, including persistently low mortgage rates, healthy job prospects for those college-educated and the fact that renting is becoming more unaffordable in many areas," said Lawrence Yun, NAR chief economist at NAR. "Unfortunately, there are just as many high hurdles slowing first-time buyers down. Increasing rents and home prices are impeding their ability to save for a down payment, there's scarce inventory for new and existing homes in their price range, and it's still too difficult for some to get a mortgage."

Where Are All the Starter Homes?

The disappearing starter home is one element of the equation that some have overlooked, but it's critical. Five minutes on any realty website can offer a tough dose of reality to anyone dreaming of buying a first home.

Sales of $200,000-and-under homes dropped the past two years, according to RealtyTrac. And many of the existing cheaper homes — often made available through foreclosure during the recession — have been snapped up by investors and turned into single-family rental units. A report last year from Harvard's Joint Center for Housing Studies found that the recession added 3.2 million more single-family home rental units, "unprecedented" growth in this part of the market.

The lowest build cost is around a $50 a foot," says David Goldberg, a home building and building products manufacturers analyst for UBS, New York. "If you do a 2,000-square-foot house, which is what you'd have to do to compete with existing stock, that leaves you with $100,000 of sticks-and-bricks cost. The maximum cost on the land would be $60,000."

So back to the original proposition: Are young people staying in apartments or living with their parents because they are patient or because they are hopeless? The answer, no doubt, lies somewhere in the middle. But when young people say they are simply waiting until they can afford the home they want, you have to wonder if they are being patient or simply sparing themselves the heartache of shopping for a unicorn.

If you're in the market to buy a home, it's a good idea to check your credit before you apply, since a good credit score will help you qualify for better terms and rates. You can see where you currently stand by viewing two of your credit scores, updated each month, for free on Credit.com.

And if your credit is looking lackluster, you can try to improve your score by disputing errors on your credit report, paying down high credit card balances and limiting new credit inquiries.

RELATED: Check out the best countries for expats to move abroad:

More from Credit.com
How to use free credit monitoring tools
Signs your identity has been stolen
Leasing a car: Is it right for me?