The untold story of Ursula, Disney's first (and only) plus-size style icon 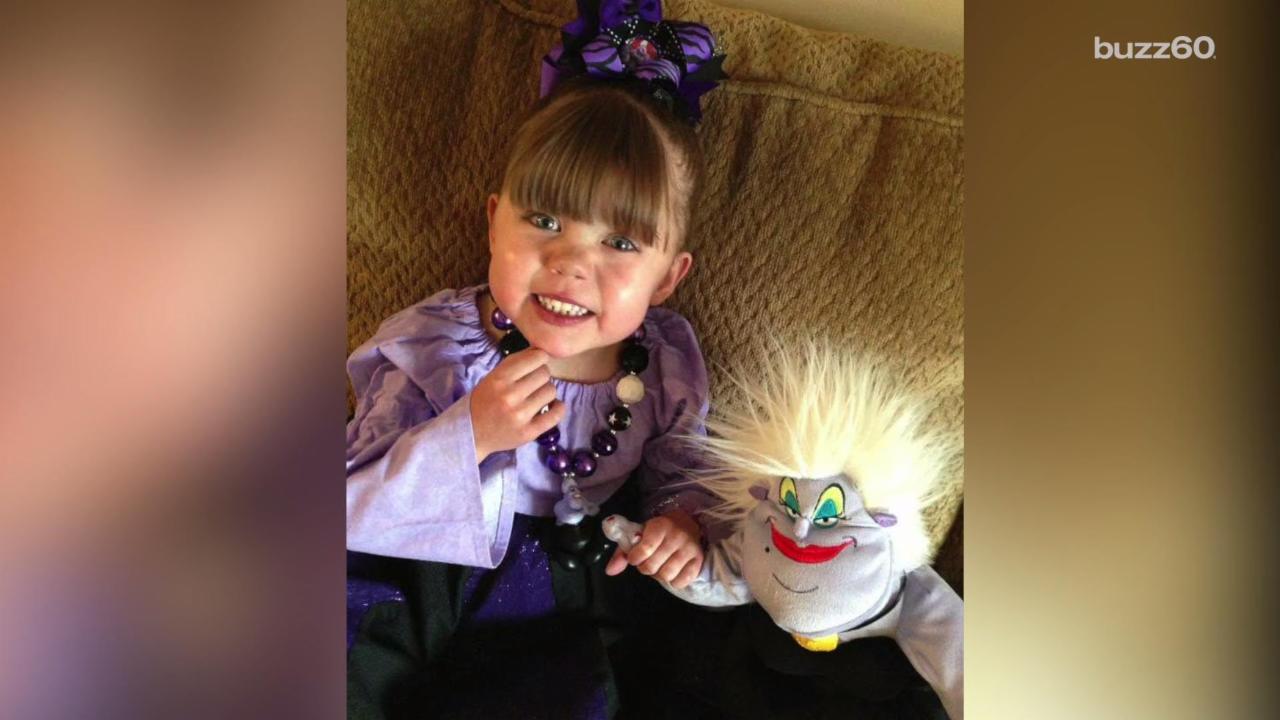 The first time audiences are introduced to Ursula, the villain in the 1989 Disney film The Little Mermaid, she's slinking around in her cove, bemoaning her woes.

In her cave, after she pops a worm into her mouth as a snack, the former sea witch floats through the air, weightless, revealing a jet black dress with a sweetheart neckline that shows off her pudgy arms and a low back that hugs her many curves. Her stomach protrudes.

She wears two large shell earrings, a necklace with a gold nautilus and heavy eye makeup with blue eyeshadow that extends far up to her eyebrow. Her lips are smacked with red. Her hair is styled in a sleek, waterproof bouffant.

Yes, she is an octopus (who actually has six tentacles instead of eight because of budget concerns), but that doesn't stop her from wearing one of the most iconic gowns in Disney history and creating a style all her own in a size rarely seen in Disney movies.

She is the Mae West of the deep sea.

Meet Divine, the performer who inspired the famous sea witch:

Before her, sure, there were characters who were not thin — like Snow White's dwarves — but Ursula stands as the first notable female Disney character (albeit a villain and not a princess) that could be seen as plus size while also being sexy, cool, stylish and just a tad bit crazy.

How Ursula came to be, and the real inspiration behind the character, makes her story all the more interesting. Ursula's mannerisms and much of her look — the eyeshadow, the swivel, the humor — was inspired by Divine, a Baltimore drag queen who frequently teamed up with filmmaker John Waters, playing notable characters in his films Pink Flamingos and the original Hairspray, and thusly became an infamous actress and queer icon.

According to an in-depth article from Hazlitt, the man responsible for bringing a trash-talking drag queen into a Disney movie is playwright and lyricist Howard Ashman. He grew up in Baltimore's gay scene, during a time when Divine was a central figure, before taking a job with Disney, where he would be in charge of writing songs for original movies.

By the time he got to work on The Little Mermaid in the '80s, Ashman was a producer on the project, as well as a writer of the music and dialogue. Thus he had a lot of say as to how the film would look and sound. Ursula, being the key villain in this film, went through many different incarnations of dangerous sea life, from a manta ray inspired by Old Hollywood actress Joan Collins to an alluring scorpion fish.

The first drawing of the Ursula we all know today had a pink mohawk and a shark tail, which would eventually become slithering tentacles.

None of them seemed right until an animator named Rob Minkoff drew a, as Hazlittwrote, "vampy overweight matron who everyone agreed looked a lot like Divine." There was the exaggerated makeup, the jewelry and the body type — and most of all, the glamour.

To Ashman, the resemblance between Ursula and Divine was uncanny, and that wasn't a mistake. Since he was already a big fan of Divine, he understood that having such a theatrical character, with such an enormous presence, would work for a kids movie. So much so that while creating the music for the film, he began to incorporate Divine's notable growl into a number of Ursula's own musical numbers, like "Poor Unfortunate Souls," which sees Ursula using two eels like a feather boa.

"Larger than life characters give voice to our own rebellious impulses," Hazlitt wrote. "Divine was funny, sure. But, as anyone who's smiled after realizing Ursula stole Ariel's voice in order to bag Prince Eric for herself knows, it can feel really good to watch someone behave this badly. Like Ursula, who has an eye on King Triton's throne, Divine and the roles she played are equal parts aggrieved and aspiring."

So, this growling, seductive, rebellious drag queen-turned-six-legged sea witch fit right into the film, and thus Disney gave us the first — and still to this day, the only — plus-size style icon in Disney history.

One of the most revolutionary things about her existence is that she showed girls and boys and those in-between that a woman who isn't as tiny as Ariel still has some self-worth. Having a few back rolls doesn't stop her from doing a damn thing. And that's an important aspect of her character, especially considering that we're still in a day and age (27 years later) when actresses from Melissa McCarthy and Rebel Wilson are constantly being defined by their weight, and forced to comment on plus-size issues. Meanwhile, Ursula never had to comment on her size or shape or the way she carried herself to be considered a valuable and important character and being.

In that sense, Ursula is just as subversive now as it was in 1989.

Although there is plenty of subtext to a jealous, plus-size woman being the villain to a petite young girl, Ursula alone wasn't defined by her looks. She was defined by her style, her swivel, her wit and her confidence.

In a company like Disney, that has so praised things like thinness and beauty in young women, Ursula broke the mold, her influence carrying over some 27 years later.

And it may be because of this revolutionary presence that she is still embraced by fashion to this day. In just the last month, actress Blake Lively, the most unassuming suspect, posted a photo to her Instagram showing that Ursula was her fashion inspiration that night.

In the photo, Lively's eyes are crossed, which is supposed to mean... something. But she is wearing a black gown, and she is wearing that blue eyeshadow that Divine made her signature nearly 30 years ago.

"Everyone thinks I was inspired by the princesses," she wrote. "If they only knew..."

So, what is it about Ursula's style that has managed to endure? Is it the simple sexiness? The easy of the satin, curve-hugging dress still deeply beloved by red carpet starlets? Is it the allure of overdrawn eyebrows and eyeliner that can make anyone's eyes pop? Maybe it's the fact that tips and tricks from drag queens (see: contouring) have finally drifted down to the mainstream, but it seems like everyone kinda really wants to look like Ursula. And given the confidence with which she carried herself, that's certainly not a bad thing.

If anything, what she taught us is to be proud of whatever body we may have, and whatever makeup we want to wear. And unlike stars even today, she proudly existed without justification. There's just no shame in that at all.

Feel free to ignore those poor, unfortunate souls who tell you otherwise.