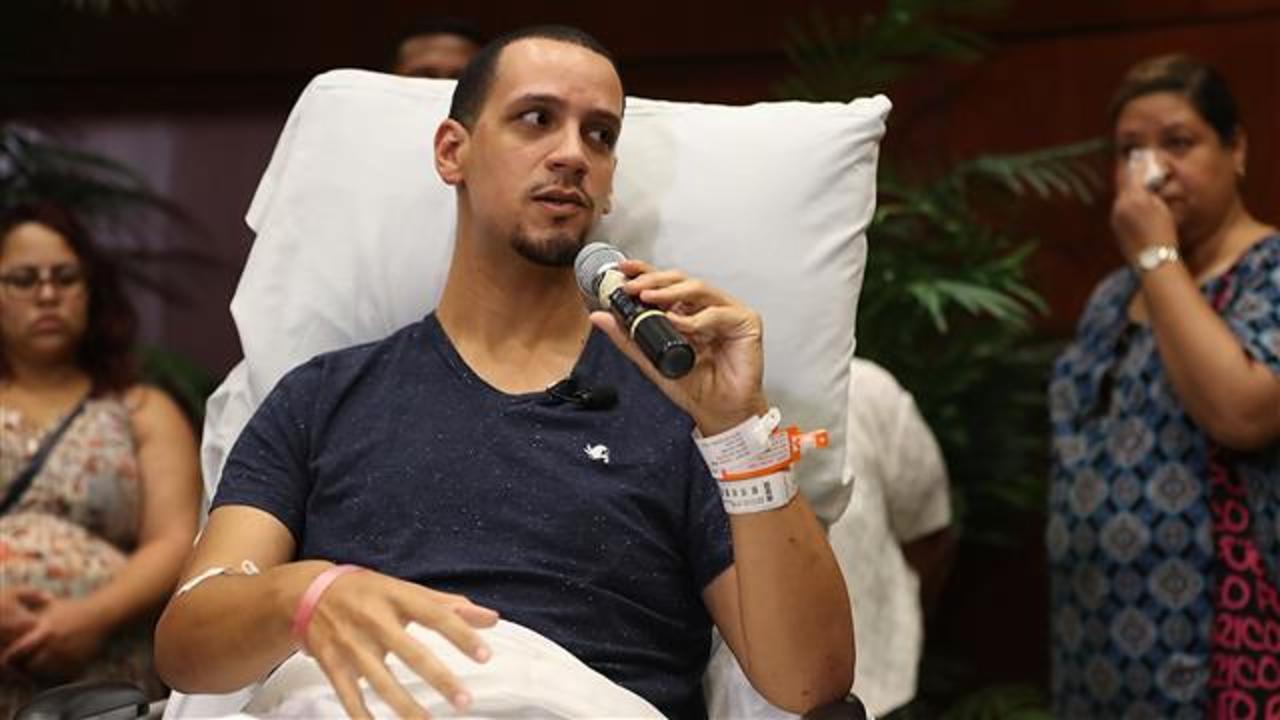 A new video has surfaced showing clubgoers hiding in the bathroom at Pulse nightclub while Omar Mateen shot and killed 49 people in what is now considered the deadliest mass shooting in U.S. histroy.

Cell phone footage obtained by Orlando station Local10 shows 20 or 30 people hiding in the bathroom stalls. One of the survivors, Miguel Leiva, told the news station that he heard Mateen laughing with a "devillish laugh."

People were hiding in the bathroom, texting their families videos of the situation to tell them they were alright while trying to stay quiet so Mateen couldn't hear them. The group of survivors was being held hostage for over four hours until the shootout between Mateen and authorities killed the shooter.

Leiva also said the group did everything to survive, passing around one cup of water to everyone. One survivor was even on the phone with a 911 negotiator.

Omar Mateen's current wife is under investigation as she claimed she knew that her husband planned to commit an act of terror in advance of Sunday's tragic shooting at Pulse nightclub in Orlando.

According to NBC News, Noor Zahi Salman told the FBI that she tried to dissuade her husband from carrying out the attack.

She also said that she was with him when he bought ammunition and a holster, and she drove Mateen to the gay nightclub to scope it out before the shootings took place.

More from TheWrap: Orlando Killer's Wife Says She Tried to Talk Him Out of It