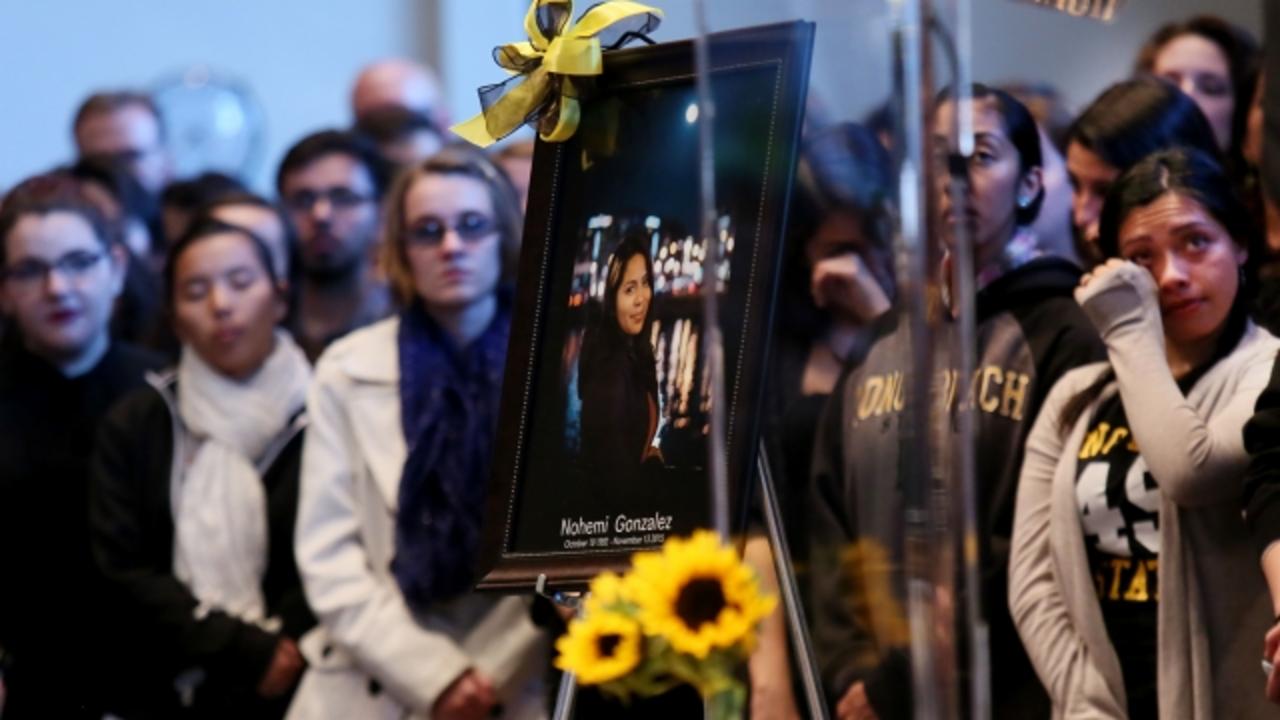 Nohemi Gonzalez's family filed the lawsuit on Tuesday in federal court in San Francisco, asking the court to rule that the companies are violating the U.S. Anti-Terrorism Act. It seeks compensatory damages to be determined by the court.

"For years, defendants have knowingly permitted the terrorist group ISIS to use their social networks as a tool for spreading extremist propaganda, raising funds and attracting new recruits," the lawsuit said.

The lawsuit charged that the companies' "material support" has enabled Islamic State to recruit, and to fund and carry out numerous terror attacks, including the attacks in Paris last November that killed 130 people, including Gonzalez, who was a California State University student studying abroad at the time.

Stories of those who died in the Paris attacks
Up Next

While Google, a unit of Alphabet Inc, declined to comment on the lawsuit, it said in an emailed statement, "We have clear policies prohibiting terrorist recruitment and content intending to incite violence and quickly remove videos violating these policies when flagged by our users."

"We also terminate accounts run by terrorist organizations or those that repeatedly violate our policies," it said.

Facebook said in a statement that was also emailed, "There is no place for terrorists or content that promotes or supports terrorism on Facebook, and we work aggressively to remove such content as soon as we become aware of it." It said it contacts law enforcement when it sees evidence of a threat.

The lawsuit said the companies had rebuffed requests by the U.S. government and the public to stop providing services to Islamic State.

"Without defendants Twitter, Facebook, and Google (YouTube), the explosive growth of ISIS over the last few years into the most-feared terrorist group in the world would not have been possible," the lawsuit said.

The lawsuit was filed the same day a man who pledged allegiance to Islamic State killed a French police commander and his partner and then took to Facebook Live to encourage others to follow his example. (Reporting by Ben Klayman in Detroit; Editing by Toni Reinhold)