Michael Willett reveals his one regret since entering the entertainment industry 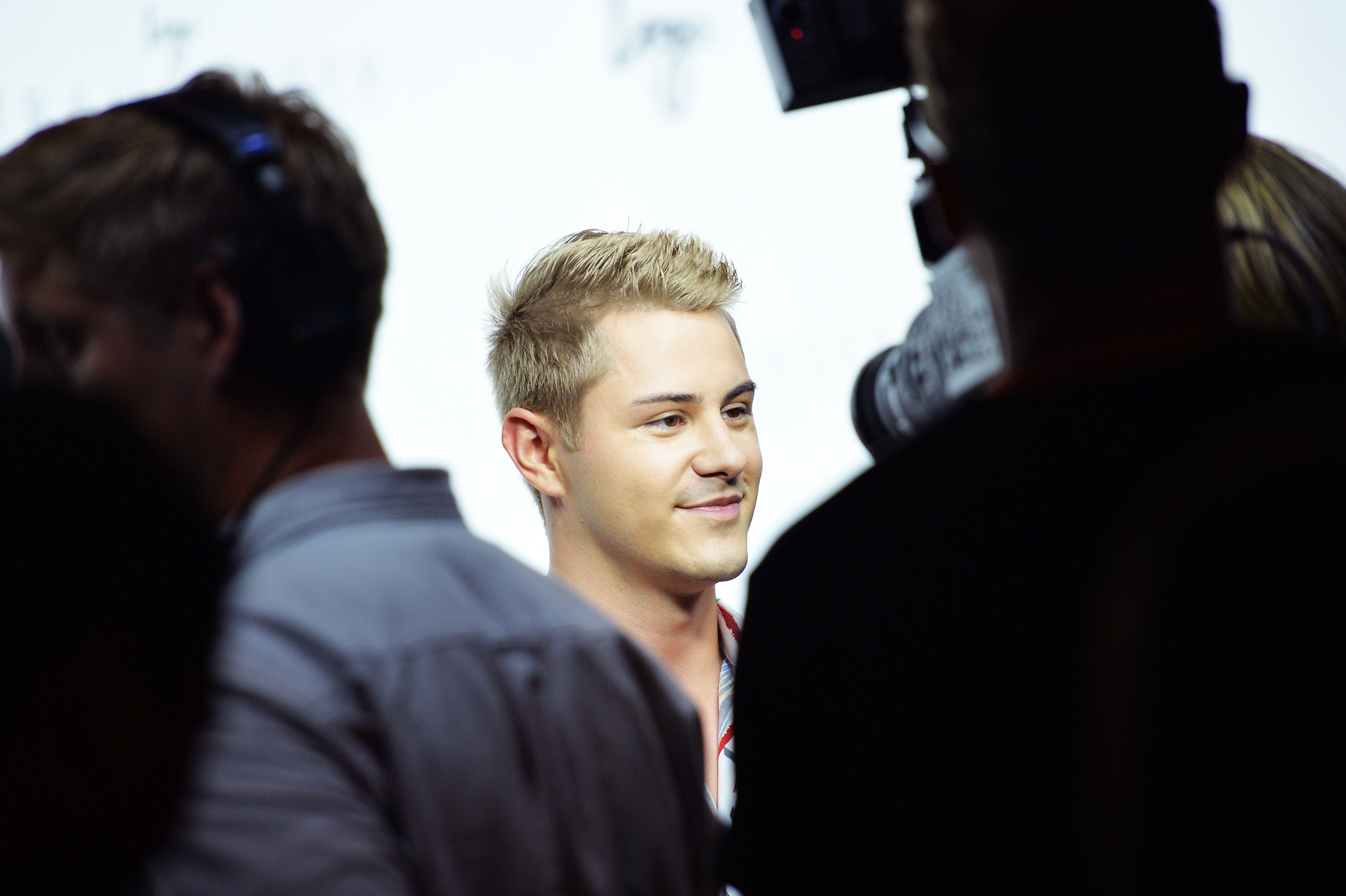 Hollywood is a tricky world to navigate for anyone. And for any performer first starting out, it may feel easier to follow the path of others instead of carving out a path for themselves. And if anyone understands that struggle it's Michael Willett. The 26-year-old actor and singer claims that when he first started out in the industry he ended up listening to other people's voices instead of his own; "When you're young and someone older is telling you what you should do and they're waving their resume in front of you, it's hard and intimidating, but I wish I didn't listen."

Although that remains as one of Willett's biggest regrets during his time in Hollywood, it also served as an incredible lesson to always trust your intuition. And that realization is completely priceless.

We recently sat down with Michael Willett to talk to him about his experiences in the entertainment industry. Ahead, find out what life was like on set for MTV's "Faking It," how he balances being both a musician and an actor, and the one piece of advice he wishes he had received before starting his career.

YouShouldKnow is a feature that showcases up-and-coming social stars. To see more of past interviews, including more exclusives on Michael Willett, click here.

"Faking It" just finished filming; what was that experience like for you?
In general it's been amazing. I feel like people have really responded to our show in a way I really hoped. They really connect with these characters and even though our show isn't always realistic I believe that what we're doing is innovative and moving beyond these storylines that have been done and redone over and over. We're doing something new.

What was your most memorable moment while on set?
There's a lot of fun pranks we played. Once I was hiding in Rita's trailer and I burst out of the covers and she freaked out! She ran out of the trailer. But honestly spending time with my casemates and everyone on set -- like the crew and the writing staff -- has been incredible. There are no bad seeds. Everyone is really cool and you don't always have that; it's a luxury. And I acknowledge that luxury.

Do you consider yourself a musician before an actor? Or do you find that you weigh the two careers the same?
I don't think I can separate any one for the other because they really do feed each other. Like before an audition, I'll listen to music that will really get me into the headspace of the character. When I'm writing a song, I'm thinking about it from the singer's perspective. I'm telling a story though music, so I don't even think I can separate them.

What advice do you wish you had received before entering the entertainment industry.
Don't listen to other people. I wish I had said "F--- you" more often because I think I would have been more free. I think there were times when I felt inclined to do that. But when you're young and someone older is telling you what you should do and they're waving their resume in front of you, it's hard and intimidating, but I wish I didn't listen.

"...when you're young and someone older is telling you what you should do and they're waving their resume in front of you, it's hard and intimidating, but I wish I didn't listen." Michael Willett

YouShouldKnow is a feature that showcases up-and-coming social stars. To see more of past interviews, including more exclusives on Michael Willett, click here.