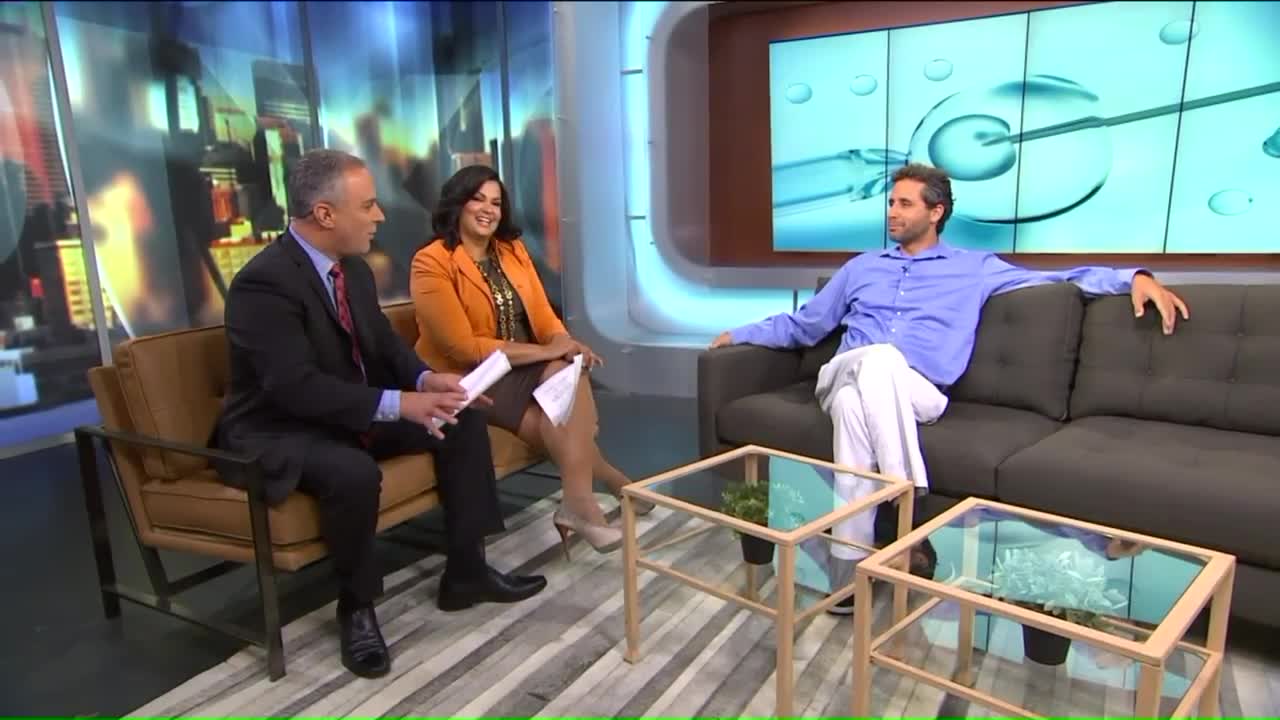 The Kingsborough Community College professor has a 12-year-old child he conceived with a woman he was in a relationship with, but began his sperm donating services 8 years ago to help out a friend in need.

According to The New York Post, Nagel donates his sperm the old fashion way about half of the time. But sometimes he supplies his sperm in a cup -- a method he prefers.

Often, this will take place in a public bathroom inside shops like Target or Starbucks.

"You don't want to do it in one where people are knocking," he told the New York Post.

Once the location is secure, Nagel will watch pornography on his iPhone before ejaculating into a menstrual cup.

He then hands off the cup to the ovulating mother-to-be, who goes into the restroom and inserts the cup into her vagina.

This unconventional method eliminates the high expense of going through a sperm bank.

Nagel says he has various relationships with the children he has helped conceive. For some, he baby-sits and attends special events like birthday parties and graduations. Others, he's never met -- but he leaves the relationship expectations up to the mother, he says.

In terms of financial obligations, Nagel says that is not apart of the deal. Although he says he tells the women this upfront, five women have successfully sued him for child support and nearly half of his paycheck is garnished for his children. But so far Nagel hasn't bothered taking preventative legal measures, according to the New York Post.

Despite the finical burden, Nagel is happy with his decision to have 22 kids. "I just love seeing how happy the moms and kids are . . . That's why I do this," he told the New York Post. "It's the gift that keeps on giving."

See photos of Ari Nagel below:

More from AOL.com:
Lilly Singh gets real about being one of few viral South Asian YouTubers
This NASA image of frosted sand dunes on Mars is incredibly satisfying to look at
What the DVDs in your collection could be worth