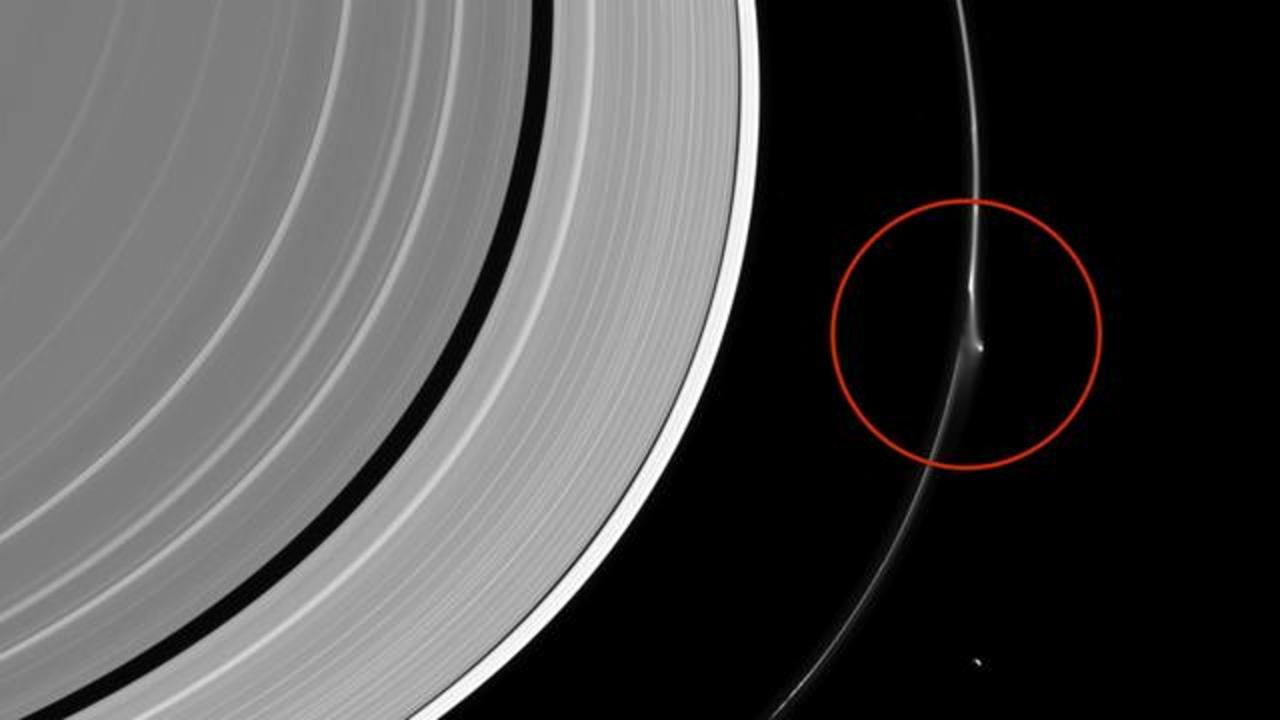 According to a recent NASA news release, the culprit was probably not its moon Pandora even though it has been known to cause disruptions in the area.

This time, the anomaly has been attributed to the likely "interaction of a small object embedded in the ring itself and material in the core of the ring." 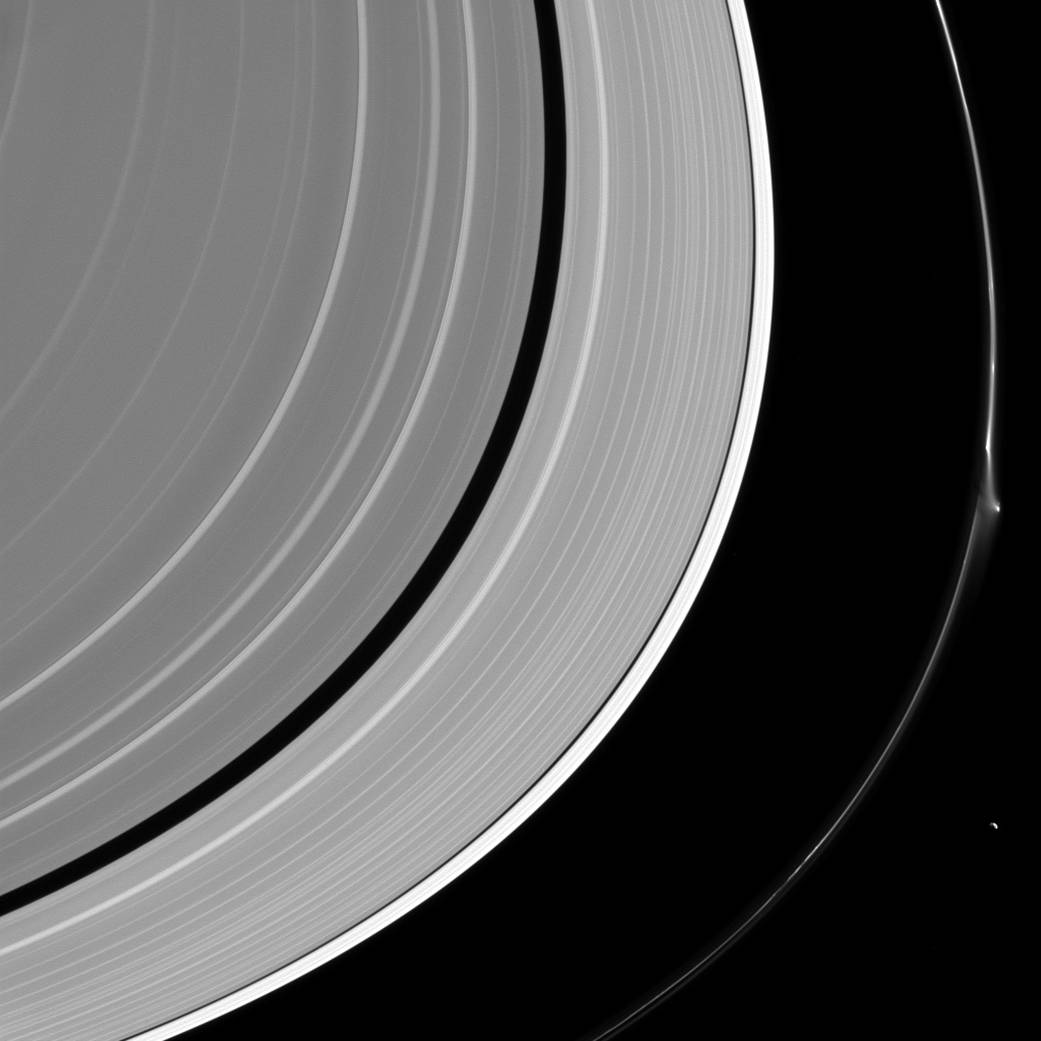 As the agency's release explains, these features, which are sometimes called jets, can be hard to identify because they are "small and embedded in the F ring itself."

Instead, scientists often have to spot changes in the surrounding area like the one in the accompanying photo to determine their presence.

The image was taken by a camera on the Cassini spacecraft on April 8, 2016, at a distance of about 1.4 million miles away from Saturn.

Photographs taken of Saturn and its moons:

NASA spots mysterious activity in Saturn's F Ring
Up Next

More from AOL.com:
Lilly Singh gets real about being one of few viral South Asian YouTubers
You'll never guess the original names of these 5 companies
Orlando triggers Facebook 'Safety Check' for first time in US