Donald Trump responds to Obama's stinging remarks: He 'continues to prioritize our enemy over our allies' 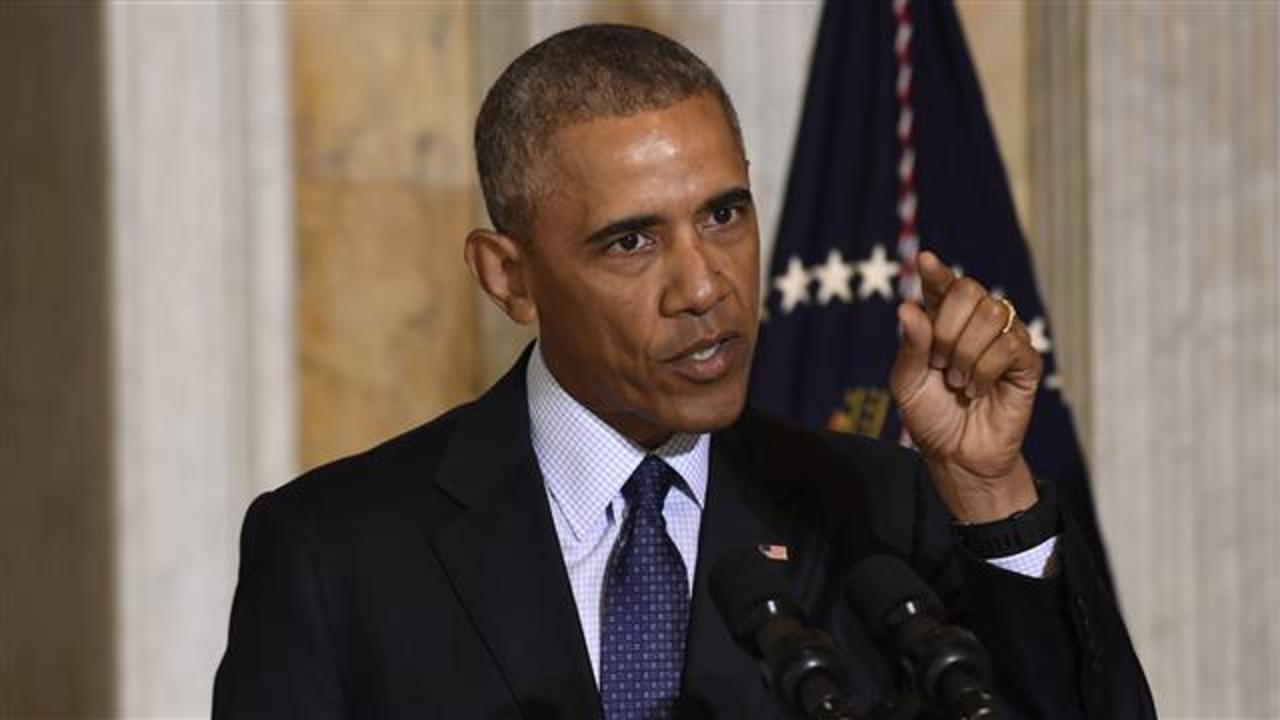 Donald Trump responded to sharp criticism from President Barack Obama on Tuesday, telling The Associated Press that while Obama says he "claims to know our enemy" he "continues to prioritize our enemy over our allies, and for that matter, the American people."

Trump added to the AP that "when I am president, it will always be America first."

In a blistering statement delivered at the Treasury Department on Tuesday, Obama skewered the presumptive Republican nominee for his rhetoric on Muslims, seeming to particularly address a national-security speech Trump delivered Monday in the wake of the Orlando terror attack.

"Where does this stop?" Obama rhetorically asked.

Obama also fought back against criticism from Trump for his refusal to use the phrase "radical Islam."

"What exactly would using this label accomplish? What exactly would it change? "Would it make ISIL less committed to try and kill Americans? Would it bring in more allies? Is there a military strategy that is served by this? The answer is none of the above," Obama said.

Obama's remarks on Tuesday served as his strongest rebuttal yet against Trump. The New York businessman relentlessly criticizes the president, who typically opts not to directly respond.

See Barack Obama with the military throughout his presidency:

Donald Trump responds to Obama's stinging remarks: He 'continues to prioritize our enemy over our allies'

A soldier hugs the President as he greeted U.S. troops at Bagram Air Field in Afghanistan.

Obama claps as he passes by 'The President's Own' US Marine Band on the White House grounds.

Obama greets US troops as he holds a Veterans Day event at the US Army Garrison at Yongsan military base in Seoul November 11, 2010.

President Barack Obama speaks to soldiers of the 10th Mountain Division during a visit to Fort Drum in New York, June 23, 2011.

Obama greets US military service members and their families at Elmendorf Air Force Base in Alaska.

Obama poses for a photo with troops at Camp Victory in Baghdad.

Obama greets US service members at the Pentagon.

Obama fist-bumps a US soldier at Camp Victory in Baghdad.

President Barack Obama poses for a photograph with Oregon National Guardsman, from left, Alek Skarlatos Air Force Airman 1st Class Spencer Stone, and Anthony Sadler, in the Oval Office of the White House in Washington, Thursday, Sept. 17, 2015. The three helped prevent a terror attack on a French train in August 2015.

Obama hugs a soldier while visiting troops at Camp Victory in Baghdad.

President Barack Obama is introduced at the U.S. Coast Guard Academy graduation in New London, Conn., Wednesday, May 20, 2015, before giving the commencement address.

NOW WATCH: 'Where does this stop?' Angry Obama eviscerates Trump in fiercest rebuke yet

SEE ALSO: Here's the $5.3 million mansion the Obamas will reportedly live in after the White House