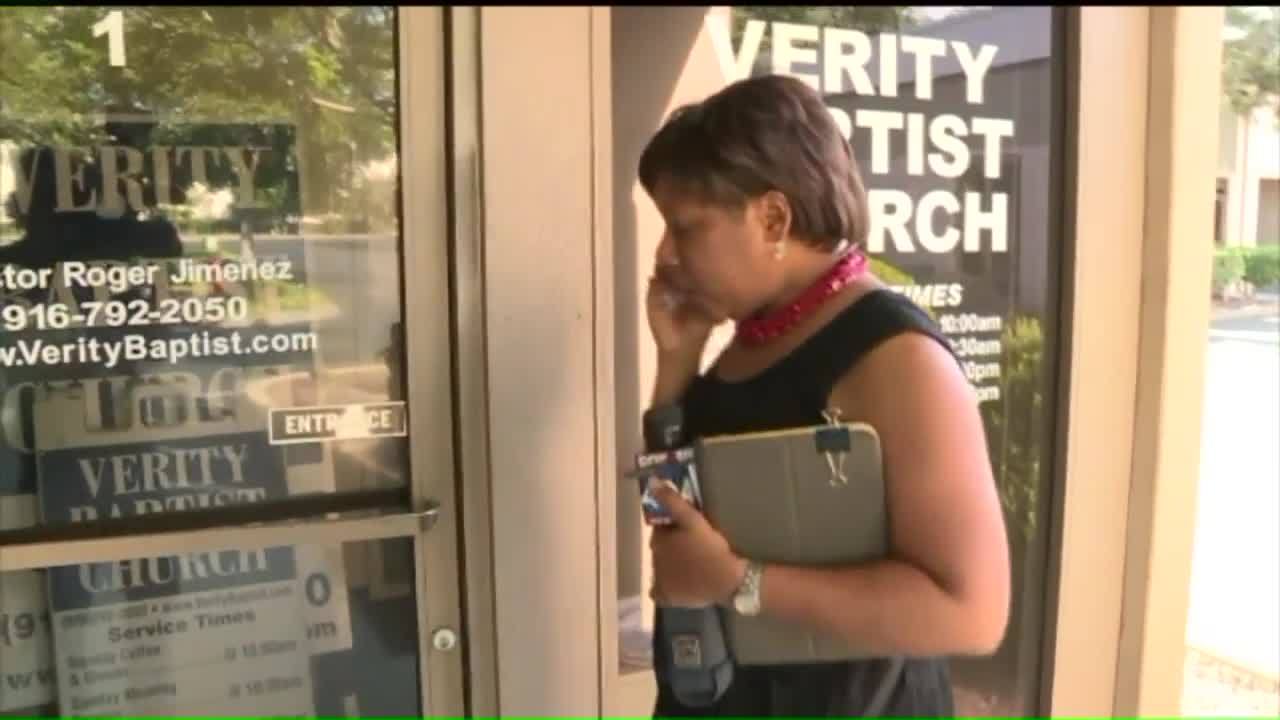 A Baptist pastor from Sacramento, Calif., is under fire this week after delivering a passage praising the deaths of the dozens of men and women killed at an Orlando gay club on Sunday.

Pastor Roger Jimenez delivered his sermon a few short hours after more than 100 people were either killed or injured at a gay nightclub in Orlando, Fla.

"Hey, are you sad that 50 pedophiles were killed today? No ... I think that's great. I think that helps society. I think Orlando, Florida's a little safer tonight," Jimenez told the congregation hours later.

Omar Mateen reportedly took 49 lives and wounded 53 others in his deadly rampage. Now reports are emerging that he was a regular at the club where his committed the deadly act.

RELATED: See the victims of the shooting

"It is unnatural for a man to be attracted to another man," Jimenez said in his preachings.

"The tragedy is that more of them didn't die," he added.

During the sermon, Pastor Jimenez cited Biblical passages including Judges 19:22, Genesis 4:1 and Romans 1:27.

SEE ALSO: REPORT: Orlando shooter was a regular at the gay nightclub he attacked

The California pastor has taken a far different stance on the rampage than many other religious leaders, including Pope Francis.

The pope issued a passionately worded statement shortly after the attack:

The terrible massacre that has taken place in Orlando, with its dreadfully high number of innocent victims, has caused in Pope Francis, and in all of us, the deepest feelings of horror and condemnation, of pain and turmoil before this new manifestation of homicidal folly and senseless hatred. Pope Francis joins the families of the victims and all of the injured in prayer and in compassion. Sharing in their indescribable suffering he entrusts them to the Lord so they may find comfort. We all hope that ways may be found, as soon as possible, to effectively identify and contrast the causes of such terrible and absurd violence which so deeply upsets the desire for peace of the American people and of the whole of humanity.

More from AOL.com:
The Ghirardelli family mansion might be their most decadent product yet
Clinton holds razor-thin lead in run-up to California primary
The state of Maine will reimburse your vacation if you promise to do 1 thing