REPORT: Orlando shooter was a regular at the gay nightclub he attacked 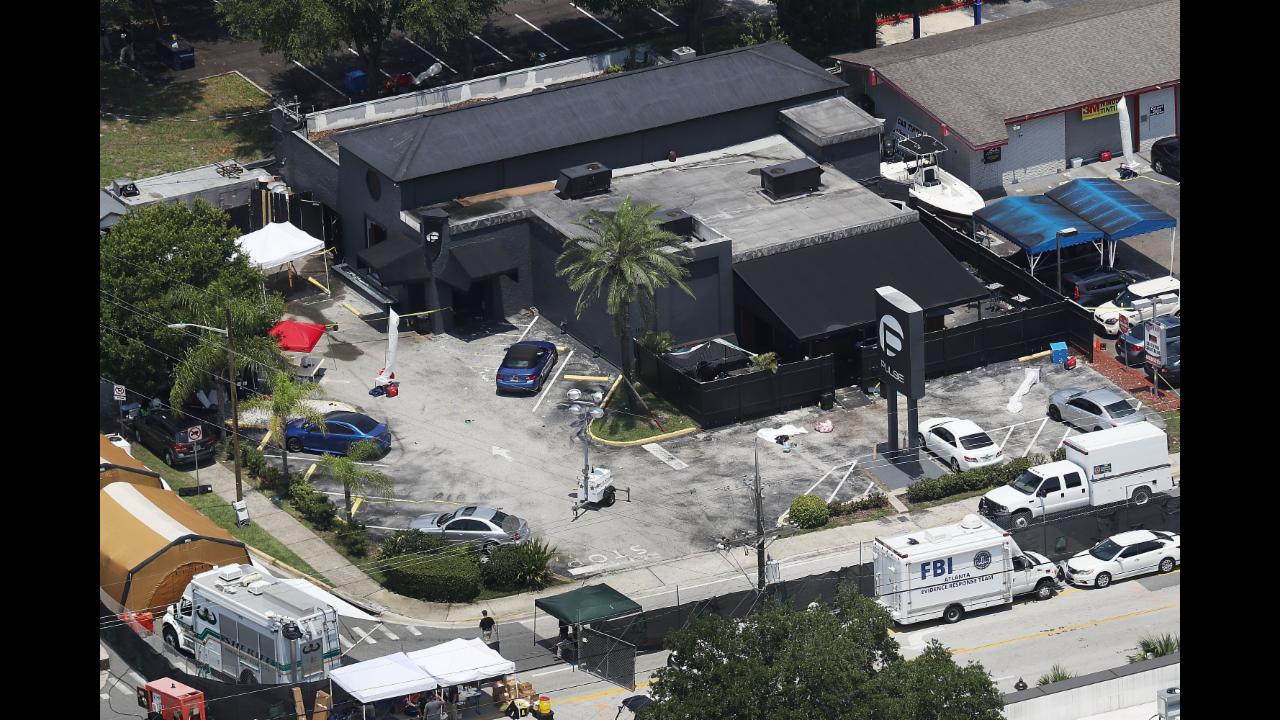 The man police say killed 49 people at a gay nightclub in Orlando on Sunday had visited the club at least a dozen times prior to carrying out his attack, a witness told The Orlando Sentinel on Monday.

Three other witnesses confirmed that they had also seen the suspected shooter, 29-year-old Omar Mateen, at the nightclub more than once before.

"Sometimes he would go over in the corner and sit and drink by himself, and other times he would get so drunk he was loud and belligerent," one witness, Ty Smith, told the Sentinel.

"We didn't really talk to him a lot," he added. "But I remember him saying things about his dad at times. He told us he had a wife and child."

Smith later told the Canadian Press that Mateen said he "couldn't drink when he was at home—around his wife, or family. His father was really strict."

"He's been going to this bar for at least three years," Chris Callen, who performs at Pulse under the name Kristina McLaughlin, told the Canadian Press.

Both Smith and Callen say they stopped talking to Mateen when he pulled a knife on them after they made a religious comment. "He said if he ever messed with him again, you know how it'll turn out," Callen said.

See images of the suspected shooter:

The report comes after Samuel King, a drag queen, told The Daily Beast that he had befriended Mateen while the two worked next door to each other in Fort Pierce. King said Mateen had seemed generally accepting of the fact that he and his friends were openly gay. King said he even recalls Mateen going at least once to the nightclub where King performed.

Mateen may also have used a gay dating app at one point, MSNBC's Chris Hayes tweeted on Thursday.

"The man I spoke with today also said the shooter has messaged him on a gay dating app. His friend as well." Hayes said, noting that his interview with the man will run tonight.

The witness' testimony that Mateen could get "loud and belligerent" also aligns with what Mateen's ex-wife, Sitora Yusufiy, told CNN Sunday night.

"In the beginning he was a normal being that cared about family, loved to joke, loved to have fun, but then a few months after we were married I saw his instability," she said. "I saw that he was bipolar and he would get mad out of nowhere. That's when I started worrying about my safety."

She told reporters earlier Sunday that Mateen had beat her and emotionally abused her while they were married between 2009 and 2011.

Omar Mateen, a US citizen born in New York in 1986 to two Afghan immigrants, was living in Fort Pierce, Florida, when he rented a car and drove to Orlando to carry out the attack on Sunday morning. An FBI representative said he "was organized and well prepared" for the attack, and the ATF confirmed that he was armed with an AR-15 assault-style rifle and a handgun that he had legally purchased a few days prior.

Mateen, who was a security guard and had a Florida firearms license that allowed him to carry concealed weapons, called 911 during his rampage and pledged allegiance to ISIS, while also expressing sympathy for the Boston marathon bombers and an American suicide bomber who died fighting for al Qaeda in Syria.

Mateen was the subject of two separate FBI investigations in 2013 and 2014 — the first after he made inflammatory and contradictory statements about terrorism that raised concern with his coworkers, and the second after a source close to the FBI indicated he may have had ties to the American suicide bomber who prayed at his mosque in Fort Pierce.

The director of the FBI, James Comey, said Monday that Mateen had mentioned having links to Al Qaeda, Hezbollah, and the Islamic State in the past three years, but that the FBI investigations were closed due to a lack of evidence.

NOW WATCH: 'It's not cool to not know what you're talking about': Obama slams Trump during Rutgers speech